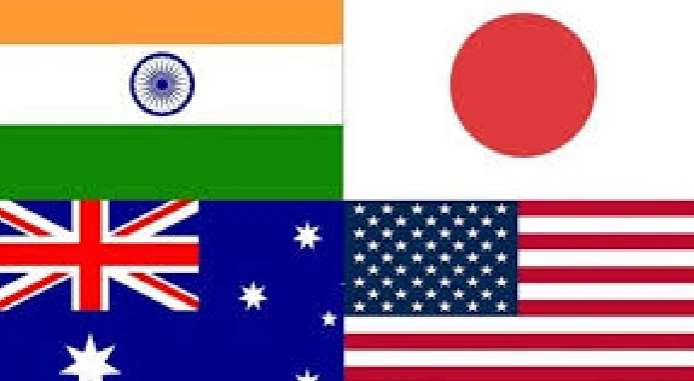 The maiden Quadrilateral Security Dialogue summit of the leaders of Australia, India, Japan and the U.S. on March 12 was a defining moment in Asian geopolitics. That it was a meeting at the highest political level, occasioned a productive dialogue, and concluded with a substantive joint statement is indicative of its immediate significance. The summit showed that the “Quad has come of age”, as underlined by Prime Minister Narendra Modi. If it leads to tangible action and visible cooperation, it will impact the whole region.

The Quad is no longer a loose coalition. The Indian Ocean tsunami of 2004 triggered cooperation among the navies and governments of the Quad powers. They sought to forge diplomatic cooperation on regional issues in 2006-08, but gave up mainly because China objected to it and the hostility to China was not yet a potent enough glue.

This began to change in 2017 when Beijing’s behavior turned hostile, climaxing in multiple challenges in 2020, including its adventurism in eastern Ladakh. The Foreign Ministers of the Quad met thrice between September 2019 and February 2021. This time, U.S. President Joe Biden moved swiftly to host a virtual summit, drawing immediate response from the other three leaders.

Five highlights
The Quad’s new approach may be somewhat different from the Trump era. The former U.S. President’s tough line on China is now indispensable, but without the name-calling of Beijing. A more sophisticated approach is being invented, with enhanced emphasis by the U.S. on carrying its allies and strategic partners together. The summit’s outcome, therefore, merits close attention for at least five reasons.

First, past debates over diverse, even differing, visions of the Indo-Pacific are over. The joint statement struck a neat compromise: to please the U.S. and Japan, it refers to a “free and open” Indo-Pacific, but in the very next sentence it offers an elaboration – “free, open, inclusive, healthy, anchored by democratic values, and unconstrained by coercion” – that amply satisfy India and Australia.

Second, the summit leaders have secured an adequate alignment of their approaches towards China, even without mentioning the ‘C’ word in the document. Senior officials gave sufficient hints on this score, reinforced by phrases such as “security challenges” and “the rules-based maritime order in the East and South China Seas” in the joint statement. The context and the subtext need to be appreciated for a full understanding. Given the bipartisan consensus in Washington and the state of China’s fraught relations with the other three capitals, a clear-eyed assessment of the threat from China is shared by all. But instead of unidimensional antagonism, the Quad members have preferred a smart blend of competition, cooperation and confrontation. Further clarity should emerge after discussions between the top officials of the U.S. and China, set for March 18.

Third, the Quad has placed a premium on winning the battle for the hearts and minds of people in the Indo-Pacific region. The aim is to convince the nations of Southeast Asia, the Pacific Islands and the Indian Ocean region that the Quad is a benign grouping, committed to solutions for their development and well-being. This explains the special initiative to ensure equitable access to COVID-19 vaccines for every person in need in the region from the western Pacific to eastern Africa. It is both a laudable and doable objective, given the firm commitment of financial support by the U.S. and Japan, logistics and some funding from Australia, and the manufacturing and managerial capabilities of India. This new synergy is a real highlight that should result in the production of one billion vaccine doses in India by 2022.

Fourth, the establishment of three working groups on vaccine partnership; climate change; and critical and emerging technologies (such as telecom and biotechnology) and their new standards, innovation and supply chains is a welcome step. Joint R&D projects may become essential. All this should get the four national establishments into serious policy coordination and action mode, creating new capacities. The careful choice of themes reflects a deep understanding of the long-term challenge posed by China and has global implications.

Finally, the March 12 summit will not be a one-off. The leaders have agreed to meet in-person later this year, possibly at an international event within the region. Foreign ministers will gather at least once a year; other relevant officials, more often. Thus, will grow the habits of the Quad working together for a common vision and with agreed modalities for cooperation.

Other aspects
The summit has been watched closely by the ASEAN capitals. A few of them may express cautious welcome. Beijing seems rattled but resigned to the Quad’s new momentum. The Chinese see it in negative terms, targeting New Delhi in particular. The refrain of “India is moving too close to the U.S.” has, after the summit, become India is “a negative asset of BRICS and SCO”, as claimed by a Chinese government mouthpiece. Such views should be dismissed as inconsequential.

Among other issues discussed, the Korean Peninsula drew particular attention. The commitment to the “complete de-nuclearization” of North Korea as per the United Nations Security Council resolutions was reiterated – a reference to the importance of South Korea as a partner of the Quad. On Myanmar, Washington heeded wise counsel from Asia. The call “to restore democracy and the priority of strengthening democratic resilience” is unexceptionable. It may help ASEAN in carrying forward its diplomatic initiative to promote reconciliation in Myanmar.

The lucid joint op-ed in The Washington Post by the four leaders projects the Quad as “a flexible group of like-minded partners dedicated to advancing a common vision and to ensuring peace and prosperity”.

The summit and ‘The Spirit of the Quad’ – the inspired title of the joint statement – represented a giant leap forward. Now is the time to back political commitment with a strong mix of resolve, energy, stamina and the fresh ideas of stakeholders and experts outside of government to fulfil the promise of the Quad.