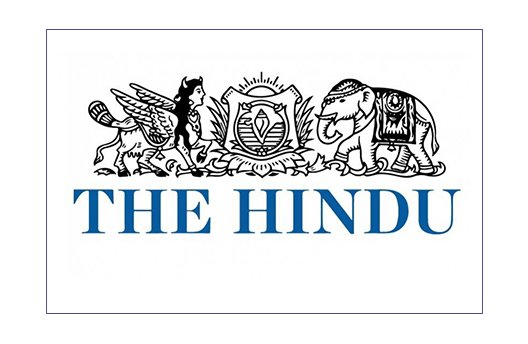 Discarding diversity for a purely majoritarian reason will be disastrous

G.N. Devy: The name ‘Shah’ is of Persian origin. Our languages are interlinked and we have many languages in the country. The 2011 Census listed 1,369 ‘mother tongues’ in the country. Hindi is only one among them.

So, even in a majority of Hindi-speaking States like Uttar Pradesh and Bihar, what is spoken is not Hindi as we understand it?

G.N. Devy: I will go back to the Census data. When the languages were enumerated, Hindi subsumed Bhojpuri, which is spoken by a little over five crore people. The Census has put Bhojpuri as a subset of Hindi. So, it may be true that Hindi is spoken by a large number of people in India, but it is equally true that it is not spoken by a majority of Indians.

And I don’t think thinking in numerical terms alone is correct. It does not matter how many speak Hindi. The issue that Mr. Shah was talking about was what connects the country. His argument is not sound. What connects the country is the Constitution, which has made space for 22 languages in the Eighth Schedule. It upholds the language diversity principle. How can Mr. Shah say that one particular language of the 22 languages should be brought forward to connect Indians? What connects Indians is the Constitution, our history and some epoch-making phenomena, whether it is the Buddha, the Bhakti movement or the freedom struggle. So, Mr. Shah’s comment is not historically sensible, nor is it constitutionally right.

And it is linguistically untenable. When a language tries to expand beyond its semantic-carrying capacity, it starts breaking up. It happened to Latin in the past. It happened to Sanskrit. And it is now happening to English as well. So, if Mr. Shah is genuinely interested in preserving the Hindi language, he should let the Hindi speakers alone. The government should not interfere with the linguistic behaviour or choices of people.

Yogendra Yadav: I will take off from where Professor Devy stopped. To be fair, I think Mr. Shah knows that Hindi is not everyone’s language. In his speech and formal statement, he talks about India’s multlingualism. He seems to be encouraging people to use Hindi. To begin with, it looks like a benign gesture coming from a non-Hindi speaker. The real problem is his belief that notwithstanding this multiplicity, we need one language to unite the country and that language can only be Hindi. I suspect this is his genuine belief and not something put out for political expediency. That to me is an attempt to copy a failed idea. ‘One nation, one language, one culture’ is a 19th century European idea that failed to create unity. Instead, it caused a lot of bloodshed in the world. Just when the world is moving away from this preposterous idea, our rulers wish to copy it. This is the real curse of the colonised mind. Our tragedy was not just that we were colonised, but also that we were colonised by linguistically challenged islanders who could not think beyond one language. This idea is not in tune with our history, culture and civilisation. We are a multilingual society. Speaking more than one language comes naturally to us.

Yes, many leaders in the national movement visualised a special role for Hindi. Most of them supported Hindusthani, a mixed language, not the pure Hindi being pushed today. But all of them were clear that it could not be imposed.

Professor Devy, you had written that levels of migration were low when Indian States were created on a linguistic basis. For the last seven decades, you have observed that there have been large inter-State migrations, perhaps creating the need for a common linguistic vehicle for communication, education and governance. Hindi would emerge at the top of the pack if one were to choose among languages. Is that not so?

G.N. Devy: We started creating linguistic States in 1955-56. Today nearly 35% of people are migrating daily for work. In such a situation, we have to conceptualise a new form of language identity for our States. Our cities must be recognised as multilingual entities. This will help us in unhinging the education policy for some large metropolises. The current practice of clubbing together multilingual spaces with monolingual habitats is not fair to the large cities today. For instance, in Maharashtra, one may argue that a child should be instructed only in Marathi. This is a good argument for a linguistic State. But it is not a good idea to impose this universally in Mumbai as well. So, the language choice of citizens should be widened and not narrowed by the state. If there is a mechanical and monolithic idea of unity followed by any entity, such an entity generally generates great hostility beyond its immediate borders. If India were to remain obsessed with this kind of a deeply flawed idea of nationalism, Indians will never have a happy relationship with their neighbours.

A united nation has to have space for diversity. India is united in its diversity. Diversity is a great philosophical idea and should never be seen as a cultural burden. We cannot discard it for a purely majoritarian reason. Any idea of one link language, whether Hindi or English, will be economically disastrous for India. It will slow down migration and reduce the ease of capital flow. It will not be wrong to say that all these emotive issues thrown in the country’s face by the current dispensation keep diverting attention away from the economy, which has hit an alarming low.

Yogendra Yadav: There are no two opinions on what is good from the point of pedagogy. When a child goes to school, her initial language of instruction should be as close to the language spoken by her mother or home language. If it is Konkani or Bhojpuri, the primary schools must use that as a medium of instruction. Then, gradually, the child should be shifted to the State’s official language, say, Marathi or Kannada. English can and should be taught from the beginning as a language but not as a medium of instruction. Those who need higher-level skills in English for higher or technical education should be given that, but everyone need not be burdened with that. Hindi should be introduced in non-Hindi-speaking States from an early stage and the Hindi-speaking States should introduce a non-Hindi Indian language. That was the three-language formula. For a country like ours, this was a reasonable solution worked out by all Chief Ministers and backed by educationists in the Kothari Commission.

Sadly, the formula was sabotaged from two ends. While most non-Hindi speaking States did introduce Hindi, unfortunately the Hindi-speaking States bypassed the requirement to teach a non-Hindi language (preferably a South Indian language, said the original formulation). Instead of learning Tamil or Telugu — languages that are older and richer than Hindi — they fulfilled the third language requirement with perfunctory Sanskrit. What was a move to encourage national integration began to look like an imposition of Hindi.

The other violation was that our elites started shifting to English-only education with perfunctory knowledge of an Indian language. The three-language formula exists just on paper now. While Mr. Shah’s remarks have triggered a debate about a possible Hindi imposition, we have all slipped into collective amnesia about the reality of English imposition. I feel depressed when I see rural children boarding the bus to go to an ‘English medium school’ as neither the students, nor the parents and not even the teachers know any English. This is pedagogic barbarity.

Mr. Devy, you had written about how a child learns one language. Is it possible for a child to learn other languages too?

G.N. Devy: I agree with Dr. Yadav’s views. When a child learns a language she forms a world view. Every language has a unique world view. If the child is confused with a lot of languages in infancy, her cognitive facilities will not develop in a natural way. It is not healthy for a child to be victimised during the preschool years with many languages. But a child needs to cope with the world. Learning new languages in middle school widens her horizon. Everyone needs access to the outside world other than their own linguistic zone and, therefore, the need for learning one of the world languages. The three-language formula is a sound formula, but it is not the three-language determined by the Government of India but chosen by the parents of the child.

Let us look at where the linguistic disaster has happened in our country. All tribal languages are rapidly disappearing. That is because there are not enough livelihood opportunities in those languages. Livelihood possibilities for tribals are diminishing; languages are not encouraged and people are getting assimilated in some larger language. This may appeal to some rabid pseudo-nationalists. But there is a huge loss entailed in the process, both economically and culturally. So far we have not monetised the loss caused. If we do that, the results would be shocking. Language diversity is a great economic proposition. India is uniquely gifted in that out of the world’s 6,000 languages, we have close to 10% of the spoken languages. Our pride will get dented if we had only one language or become only a bilingual nation. I think the English speakers and the Hindi speakers are relatively privileged than those who speak tribal languages. All of us have the collective responsibility to think about this and worry about the less privileged languages. Therefore, the Home Minister, who is in charge of the Indian language policy, must ensure diversity. That will bring about unity in the country.

Language freedom is a hugely emotive issue. Every 15 days, if an emotive issue keeps dividing the country, soon there will be no country left to divide any further. In the 1970s, West Pakistan and East Pakistan were separated on the language issue. So, how much more close does Mr. Shah want to drive India to becoming like Pakistan?

Is this a diversionary tactic to divide the country?

Yogendra Yadav: I think that the BJP is unlikely to push the language divide in the same manner in which it has pushed the communal divide. The BJP needs to grow in south India. With Hindi chauvinism, it cannot walk into south India. But the basic mindset with which the BJP works, and it has now spread to other parties including the Congress, is that you need sameness in order to become a nation. The BJP will keep pushing this agenda in one form or another — today Hindi, tomorrow NRC, and then Kashmir.

G.N. Devy: I just want to ask you a question about the ‘Make in India’ slogan: how is it said in Hindi? There may be semantic areas where English works but Hindi fails and vice versa. We need both; we need all Indian languages. Together they make our nation.

Written by | Anuradha Raman | The Hindu