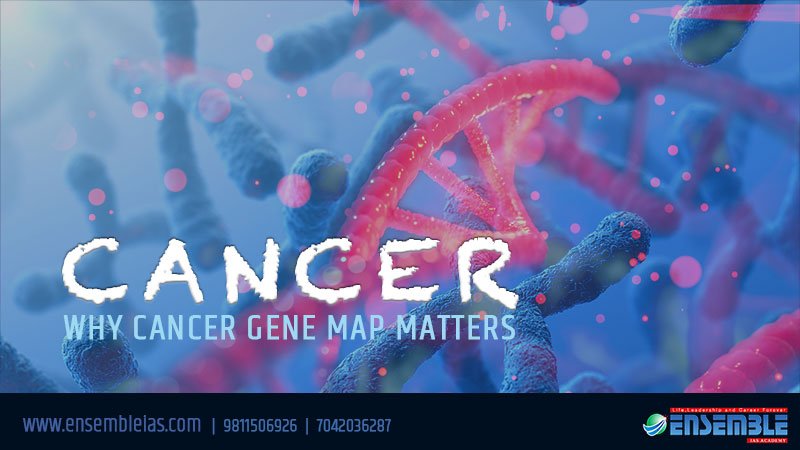 A comprehensive map unveiled recently pinpoints the genes whose mutations lead to various cancers. A look at what the global project studied and found, and the hope the findings hold for cancer treatment.

? Visit our store at http://online.ensemble.net.in

A series of newspapers in the journal Nature has revealed the most comprehensive gene map ever of the genes whose departures from normal behaviour — mutations — trigger a cascade of genetic misbehaviours that eventually lead to cancer. Just a handful of “driver” mutations could explain the occurrence of a large number of cancers, the researchers said, raising hopes of a cancer cure being nearer than ever. 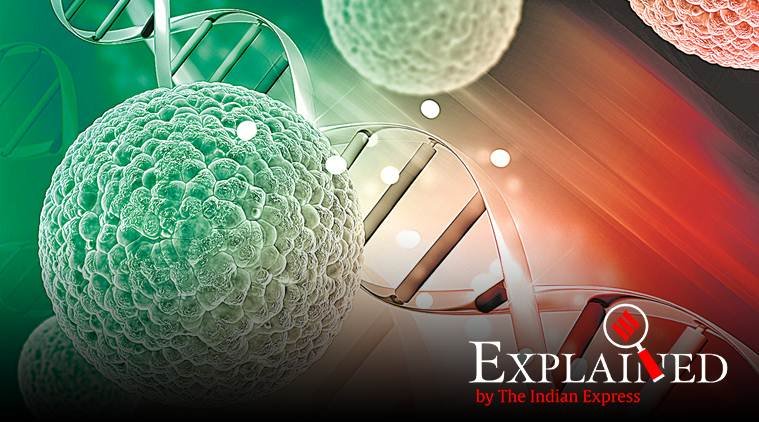 Research looked at regions that control switching on and off of genes. (Getty Images)

A look at how this could change the cancer treatment landscape:

This is the largest genome study ever of primary cancer. Various kinds of cancers required to be studied separately because cancers of different parts of the body often behave very differently from one another; so much so that it is often said that cancer is not one disease but many.

What is the new study that has oncologists around the world excited?

It is a major international collaboration called the Pan-Cancer Analysis of Whole Genomes (PCAWG), in which researchers has published a series of papers after analysing 2,658 whole-cancer genomes and their matching normal tissues across 38 tumour types.

They have come to the conclusion that “On average, cancer genomes contained 4-5 driver mutations when combining coding and non-coding genomic elements; however, in around 5% of cases no drivers were identified, suggesting that cancer driver discovery is not yet complete.”

What is the breakthrough have the studies achieved?

Previous studies had focused on the 1 percent of the genome that codes for proteins. The Pan-Cancer Project explored, in considerably greater detail, the remaining 99 per cent of the genome, including key regions that control switching genes on and off. This switching on and off of genes is the most important regulatory mechanism in the body so that it functions normally and diseases are kept at bay.

In another paper, the researchers reconstructed the “life history and evolution of mutational processes and driver mutation sequences of 38 types of cancer”. On the need to do this, Nature says: “Cancers cells are subject to selective forces shaped by mutation rates and the microenvironment, among other factors. PCAWG researchers use the information obtained from whole-genome sequencing to delineate more precisely the parameters that influence tumour evolution, and how it shapes the cancer genome. Looking at cancer through an evolutionary lens can give clues into metastasis and therapy response and resistance.”

What does this study mean for cancer treatment around the world?

The mutations identified by the team have been catalogued. The catalogue, which is already available online, allows doctors and researchers from all over the world to look things up, consult and find information about the cancer of a given patient. The PCAWG has discovered causes of previously unexplained cancers, pinpointed cancer-causing events and zeroed in on mechanisms of development, opening new vistas of personalised cancer treatment to strike at the root of the problem.

Cancer is known to be a disease of uncontrolled growth. The growth process, like all other physiological processes, has genetic controls so that the growth is self-limiting. When one or more genes malfunction, the growth process can go out of hand. Not just cancer, there are many other diseases with a genetic link in varying degrees.

Identification and cataloguing of the genes is a very crucial step and has taken science’s understanding of cancer and its genesis ahead by several leaps. When it comes to drug development, however, the gene mapping is but a first step. The process of drug development will have to now kick in with pharmaceutical companies first identifying the compound(s) that target these gene mutations and then it being subjected to the rigours of clinical trials to prove its safety and efficacy. That could take anything from a few decades to a few years to cover all the mutations identified.

Is the genetic link to cancer well established?

Yes, it is. One such association, for example, is of breast cancer with the BRCA1 and BRCA2 genes; the actress Angelina Jolie, who discovered that she carried the former gene, chose to undergo a preventive double mastectomy. This is personalised therapeutics where, instead of traditional toxic medications like chemotherapy, drugs that specifically target the delinquent genetic mutation are already being used. Such therapy, however, remains very expensive.

In fact, the genetic analysis of tumours is an already practised protocol of therapy. A good laboratory can analyse about 1,000 genes, of which less than 200 are implicated in various kinds of cancer. But the time taken for developing a drug from identifying a genetic mutation causing cancer varies. In case of ALK-1, which was identified as the driver gene for 5-7 percent of lung cancers in 2006-07, it was exceptionally short. By 2011, doctors had the drug in their hands. However, of the 200 cancer-causing mutations known so far, less than 40 actually have a targeted drug.

How big is the cancer burden?

It is the second most-frequent cause of death worldwide, killing more than 8 million people every year; incidence of cancer is expected to increase by more than 50% over the coming decades. One in 10 Indians will develop cancer during their lifetime, and one in 15 Indians will die of cancer, according to a recent World Health Organization (WHO) report.

The Northeastern states, Uttar Pradesh, Rajasthan, West Bengal, Haryana, Gujarat, Kerala, Karnataka and Madhya Pradesh account for 44% of the cancer burden in India, says a recent analysis, published in The Lancet Global Health, that looked about 9.7 million deaths that happened in India in 2017 and also investigated the reasons for the 486 million DALYs (disability adjusted life years) in India. DALYs are an international unit of death and disability in terms of the number of life years lost of an average person to death and disability.