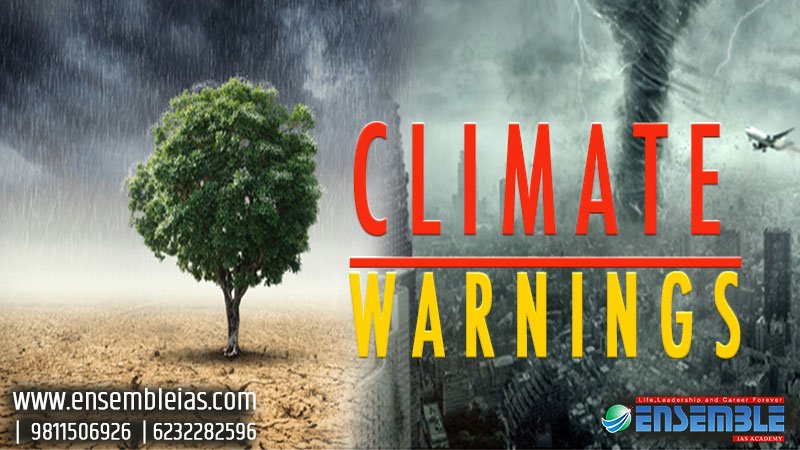 Two important reports of the Intergovernmental Panel on Climate Change (IPCC), on the impact of higher global temperatures on land, oceans and the cryosphere, lend further urgency to the task before countries now meeting in Madrid for the UN conference. The member-nations of the UN Framework Convention on Climate Change have been trying to finalise measures under Article 6 of the Paris Agreement to commodify carbon emissions cuts, and to make it financially attractive to reduce emissions.

The IPCC scientists, whose research helps the international community decide on actions to reduce greenhouse gas emissions, are worried that even under the most optimistic scenarios, human health, livelihoods, biodiversity and food systems face a serious threat from climate change. In the case of oceans and frozen areas on land, accelerated rates of loss of ice, particularly in Greenland, the Arctic and the Antarctic, will produce a destructive rise in sea levels; increases in tropical cyclone winds, rainfall and extreme waves, combined with relative sea level rise, will exacerbate catastrophic sea level events. All this will deal a blow also to the health of fish stocks. What is particularly significant for countries with a long coastline, including India, is that local sea level anomalies that occurred once in a century may become annual events, due to the projected global mean sea level rise over the 21st century. This is an alarming scenario for the 680 million residents of low-lying coastal areas, whose population may go up to one billion by 2050, and for those living in small islands.

The new IPCC assessment underscores the need for unprecedented and urgent action in all countries that have significant greenhouse gas emissions. It strengthens the case for industrialised nations to provide liberal, transparent funding to developing countries under the Paris Agreement, reinforcing the principle of Common But Differentiated Responsibilities and Respective Capabilities, and recognising that rich countries reduced the carbon space available to the poor. The developed world will be focusing in Madrid on creating a global system of accounting for emissions reductions, introducing credible carbon markets, and making some of the gains from these markets available to developing nations to invest in green energy. Given that scientists have a high degree of certainty on losses that will arise from climate change, there must be steady progress on addressing damage. Yet, even with the highest resolve, the existing Nationally Determined Contributions filed under the Paris Agreement fall short and need augmenting. There is a yawning gap between planned emissions cuts, and what needs to be done by 2030 to contain global temperature rise at 1.5°C.