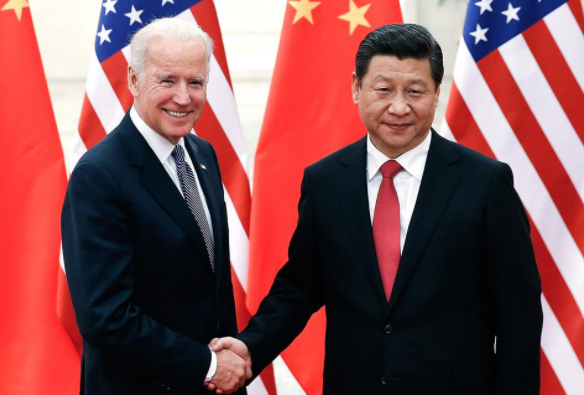 Many uncertainties weigh on whether the Quad project can move forward

As President Joe Biden completes his first month in office, his foreign policy – including its components relating to China and the Indo-Pacific region – is starting to come under scrutiny. Given the widespread perception that Barack Obama, the last Democratic president, was conciliatory towards China while Trump was tough, a legitimate question arises whether Biden will be content to be Obama 2.0 or construct a strategy different from those of his two predecessors.

Future prospects of the Quad depend largely on US choices, although an array of other factors such as China’s behavior and other tendencies in Asian geopolitics remain relevant. The new administration faces several hard realities: the US-China power gap is narrowing rapidly; the geopolitical situation has deteriorated significantly; and Trump’s anti-China rhetoric and policy measures won enormous domestic appeal.

In this backdrop the statement of Anthony Blinked, Biden’s nominee for secretary of state, at his Senate confirmation hearing that the Trump administration was right to take a tougher approach to China became significant. From there, repeated references by the new administration to the previously articulated Indo-Pacific strategy were a natural progression. National security adviser Jake Sullivan then completed the circle by stressing that the Quad would serve as “a foundation upon which to build substantial American policy in the Indo-Pacific region.”

That will play out this week. The stage has been set for the first virtual meeting of G7 leaders tomorrow, hosted by Prime Minister Boris Johnson. A broad convergence may be developed on five other major conferences in the works: (a) A US proposed summit of leading democracies; (b) A summit, possibly virtual, on climate change on Earth Day ( April 22), to be hosted by the US; (c) The G7 annual summit, to be held in Cornwall, UK, in June; (d) Meeting of foreign ministers of the D10, the British idea to combine G7 with 3 Indo-Pacific states – India, Australia and South Korea. However, the proposal reportedly evoked resistance from Japan, due to its sensitivities towards China and opposition to involve South Korea with G7; and (e) A likely virtual summit of the four Quad leaders.

Once deliberations at these conferences and the traditional visit of the US president to Western Europe in May are out of the way, a clearer picture of global power politics – and the Quad’s future – will emerge. Meanwhile, a number of setbacks or challenges have already surfaced, with a bearing on Asian geopolitics.

First, the much talked about decoupling of the US and China is turning out to be more myth than reality. In all key realms – trade, investment, finance, technology – recent evidence suggests a trend towards continuity rather than disruption. Second, by indicating clearly that Washington will compete with China but also work with it on such issues as climate change and health, Biden is determined to bring Beijing into a web of negotiations. Consequently, it may be difficult to devote energy to strengthening the Quad, that the Chinese distrust markedly.

Third, the derailment of the 10-year-old democratic transition in Myanmar has brought into sharp focus policy divergences within the Quad. Fourth, a less noticed but significant development was Sri Lanka’s decision to cancel Colombo’s eastern container terminal project to be funded by India and Japan. It raises questions about the Quad’s credibility to offer an acceptable alternative to Chinese projects in the region.

Finally, the transition from Shinzo Abe to Yoshihide Suga administration in Japan signifies, according to experts, prioritization by Japan of its imperative to improve ties with China over increased solidarity within the Quad. The commencement of disengagement between Chinese and Indian troops in eastern Ladakh may trigger a process of normalization of bilateral relations.

China’s challenges in Asia are long-term and comprehensive, encompassing both security and economy-technology planks. Therefore, the response by the Quad (and other powers covered under Quad Plus) has to be a matching strategy. While defence ministries grapple with security issues, it is incumbent on captains of industry, tech visionaries, economists, space scientists and strategic experts to draw a road map for advancing economic and technological cooperation, both within the Quad and between the Quad and its willing partners. Else, the clouds over the Quad may darken further.