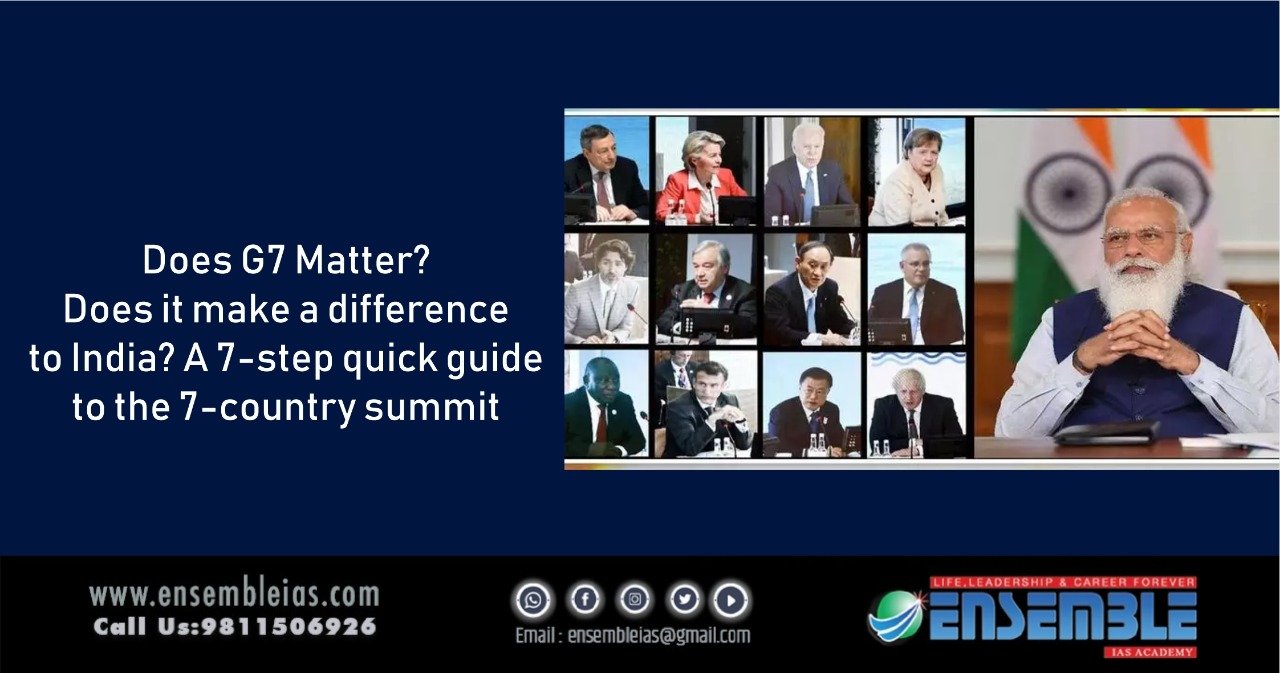 Does G7 Matter? Does it make a difference to India? A 7-step quick guide to the 7-country summit

No. G7 used to be the club of richest countries in 1970s – the US, Japan, Germany, Britain, France, Italy and Canada. But now the seven biggest economies would include China and India, and exclude Italy and Canada.

Because G7 in current form is the heart of the American-led geopolitical alliance. G7 is about a club America is comfortable with. Russia used to be invited as the 1 in G7+1 gatherings, but got dropped after it annexed Crimea in 2014.

Yes and no. It has America, so it’s got punch. But meaningful global economic coordination would have to involve nations beyond G7. After the Global Financial Crisis commenced, President George W Bush called, late in 2008, the heads of the largest 20 economies, to begin the G20 process, which continues. G7 will present its views to G20 and G20’s decisions will guide the working of global agencies such as the IMF and the WTO, and an alphabet soup of institutions that set rules for the global financial system: BIS, FSB, FATF, IOSCO.

Yes. Because of China. India was invited, along with Australia, South Korea and South Africa. In the Indo-Pacific, the four-member Quad – the US, Japan, Australia and India – holds the key to peace in the region. In this game, India is key: It shares a large land border with China and bears the direct brunt of China’s expansionist ambitions, India is also Asia’s largest economy after China and Japan. G7 saw plenty of tough words on China, especially from the US.

Not on vaccines. The world needs 11-13 billion vaccine doses. G7 has promised, in all, 2 billion. There was no decision to waive IPR on vaccines, so that developing world pharma could replicate Pfizer type vaccines. This is the big disappointment.

Yes. India is well-placed to mass-manufacture vaccines and make good the global deficit. It should offer its vaccine knowhow to the world, and reverse engineer select vaccines and their ingredients in the country. It should invite biotech leaders from around the world to set up startups, give them seed capital, pre-purchase commitments and legal insulation from developed-world pharma companies, which will cry foul.