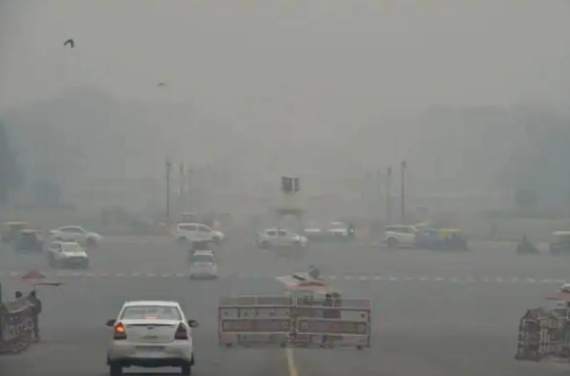 Even as a second wave of the Covid-19 pandemic is sweeping across India with surges in rates of infections and number of mortalities, a recently released report by Assocham and the Thought Arbitrage Research Institute, on the risks posed by non-communicable diseases in the country, draws our attention to this under-reported but important healthcare issue. In 2017, NCDs were responsible for the deaths of 6.3 million Indians, totalling two-thirds of all deaths that year. Contagions may make for more sensational copy but several silent killers are posing grave threats to public wellbeing.

Take for instance this shocker: Air pollution – both outdoor and indoor – is the single most deadly NCD that accounts for 76% of India’s chronic illnesses. Add to this other environment-related health indicators like imbalanced diet and lack of physical activity, and you have a deadly cocktail that works quietly but furiously, unbeknown to you, leaving other indicators linked to NCDs like stress, obesity, substance abuse and lack of sleep, trailing far, far behind. According to the report, “Environment indicators are the biggest cause of NCDs followed by inactive lifestyle and imbalanced diet; intoxication and leisure lifestyle fall at numbers 6 to 8 rank.”

According to WHO, air pollution may be the greatest environmental risk to health in the world. Inhaling dirty air, indoors or outdoors, manifests in coughing, spluttering, tearing, choking and sneezing. But air pollution affects not just our breathing, via respiratory tracts and lungs; fine particulate matter that we inhale invade every organ in the body, leading to long-term harmful effects that may not be evident right away. Particulate matter is the fifth leading risk factor for death in the world, accounting for 4.2 million deaths in 2015, says the Global Burden of Disease Study.

For the first time in recorded history, says a report in the Washington Post,  the concentration of atmospheric carbon dioxide was measured at more than 420 parts per million at the Mauna Loa Observatory on the Big island of Hawaii. In contrast, when the same station began collecting CO2 measurements in the late 1950s, atmospheric CO2 concentration was at around 315 parts per million.

Indoor air pollution from fires for cooking and heating accounted for 3.8 million deaths worldwide, with vulnerable populations getting most affected, says WHO. The Assocham report says that the prevalence of NCDs in India is 116 per 1,000 population and shows a quantum jump among individuals above 35 years of age. The report is based on a sample of 2,33,672 people and 673 public health offices in 21 states, examining the rising cases of NCDs in India. Two-thirds of those suffering from NCDs were found to be in the productive age group, between the ages of 26 and 59 years. Considering that 65% of India’s population is below 35 years of age, this is a healthcare issue that needs to be addressed urgently. Air pollutants are known to also reduce fertility as they adversely impact the reproductive organs.

In the Indian context, promotion of industrial scale farming and unregulated contract farming could contribute to enlarging our rural carbon footprint via greenhouse gas emissions. Cities have their own issues, with Indian cities having some of the world’s most polluted air. Thermal power companies account for heavy industrial emissions which cause lung diseases, acid rain and smog.

The Assocham report recommends boosting healthcare facilities to help face the NCD challenge. But what is really needed is a prevention plan that will stem the spread of NCDs so that there is no additional burden on healthcare that is already struggling to cope with many issues. Towards this end, India would need to ramp up and fulfil its commitments to cut back on GHG emissions, even if it means suffering some amount of economic setbacks.

The lockdowns consequent to the onset of the Covid-19 pandemic saw a period of improvement in air quality with clear skies and fresh air. Through graded and concerted efforts, all concerned constituents need to do everything possible to achieve a lowering of this serious health risk factor. Otherwise, mask wearing may not be restricted to pandemics; it may become a permanent feature in a polluted world.