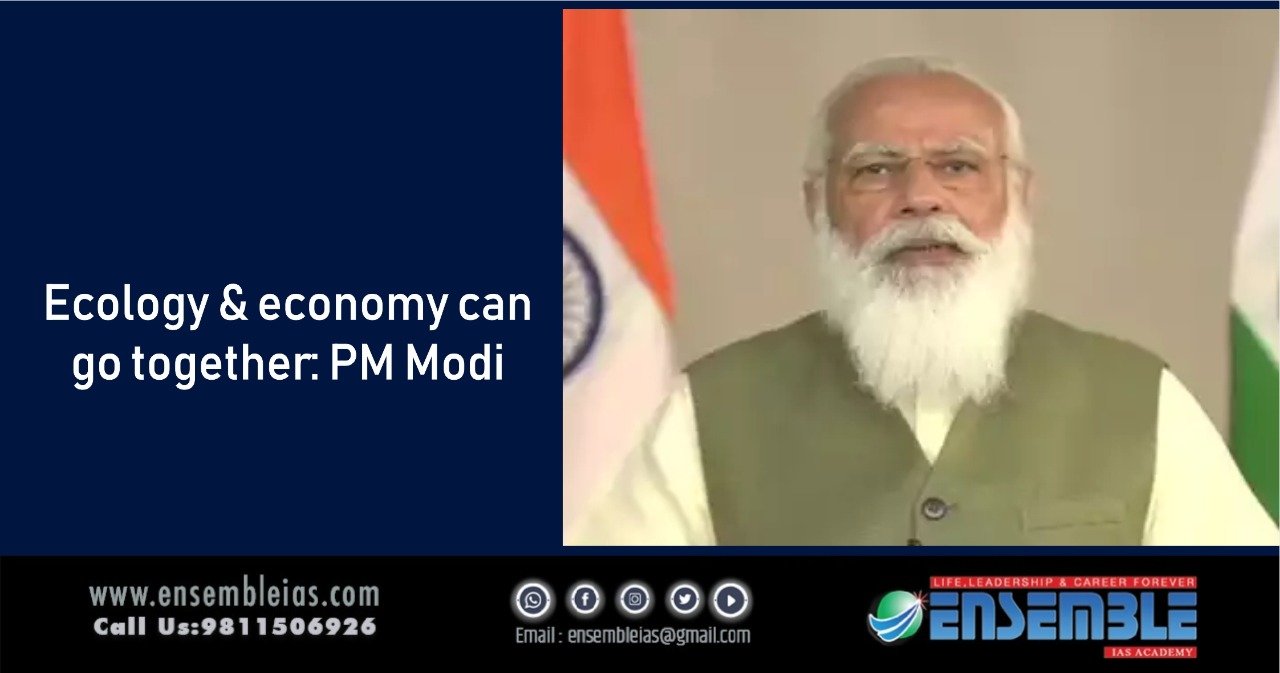 Ecology & economy can go together: PM Modi: PM Modi on Saturday said both economy and ecology can go together and this is the path India has chosen to set an example to the world through its multiple actions. Speaking on the occasion of World Environment Day, the PM said it is not necessary to stop development for protecting the environment and that India had adopted both “hard and soft” approaches to protect environment and face the challenges of climate change.

During the virtual address to Union ministers, Modi also recalled how the country took lead in setting up global bodies such as International Solar Alliance (ISA) and Coalition for Disaster Resilience Infrastructure (CDRI) as part of its efforts to fight the menace of climate change.

Underlining that India is a strong proponent of climate justice and is moving ahead with a goal for realising the vision of “One Sun, One World, One Grid”, he said India is among the top 10 countries of the world in the Climate Change Performance Index, and the country is fully aware of the challenges that were being faced due to climate change.

Referring to the “hard approach” being adopted by India to fight climate change, the PM flagged that the country’s capacity for renewable energy has increased by more than 250% in the last 6-7 years.

He said India is currently among the top five countries of the world in terms of installed renewable energy capacity, especially the capacity of solar energy which has increased by about 15 times in the last 6 years.

On “soft approach”, he referred to steps taken by common man who have joined and been leading the pro-environment campaign like avoiding single use plastic, beach cleaning and ‘Swachh Bharat’ (clean India).