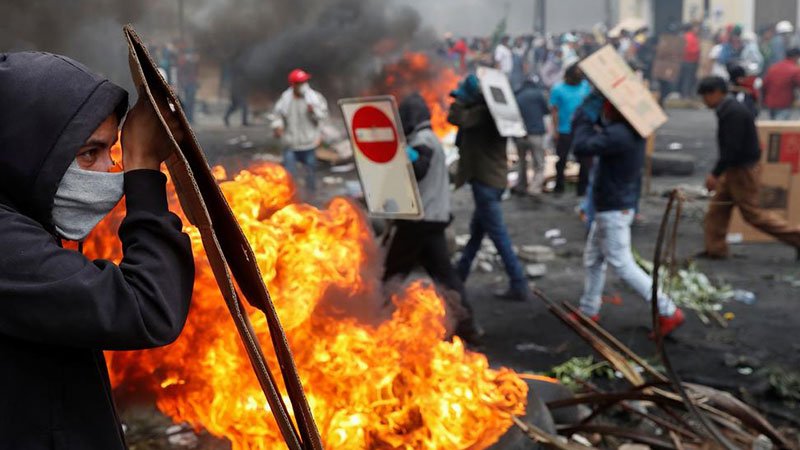 What Happened: Ecuadorian indigenous groups have outlined three demands that must be met before they’ll engage in talks with the president, El Comercio reported Oct. 11. Specifically, the groups are demanding the ouster of the country’s defense minister and interior minister, the withdrawal of a decree to eliminate fuel subsidies and an acceptance of responsibility by the government for protesters who died during the unrest.

Why It Matters: The demands as a prerequisite for a dialogue process could upend the president’s efforts to quell ongoing unrest, particularly as the government remains unwilling to grant concessions on the fuel subsidy issue.

Background: Protests in Ecuador kicked off last week after Ecuadorian President Lenin Moreno cut fuel subsidies as part of broader austerity measures to comply with the stipulations of a deal with the International Monetary Fund.