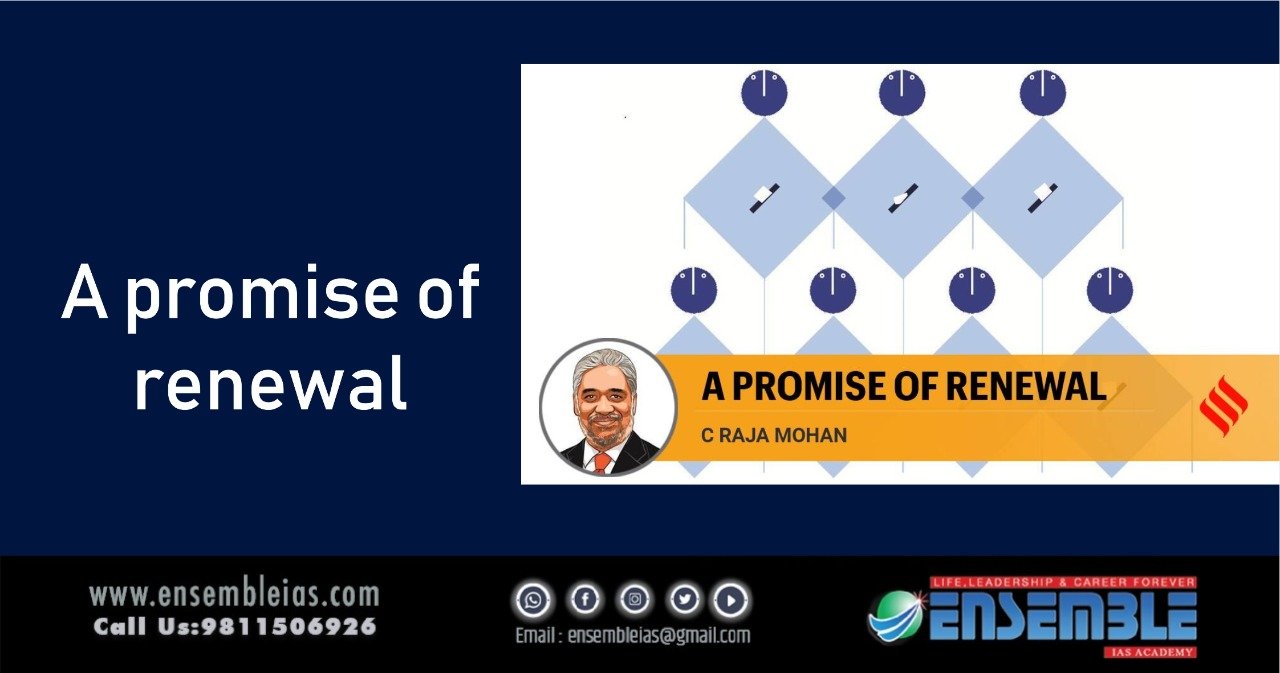 From G-7 summit, a template for Indian engagement with the West

Two important messages emerge from India’s participation, virtually, in the summit of the world’s leading industrial democracies in the Cornwall region of South Eastern England over the weekend. One is Prime Minister Narendra Modi’s proclamation that India is a “natural ally” of the G-7 and its partners. The other is the emphasis on shared democratic values that bind India with the West. This was reflected in a statement on “open societies” that India issued along with the members of the G-7 and three other invited guests — Australia, South Africa and South Korea.

The two ideas are certainly not new to India’s foreign policy, but they acquire special importance at the current juncture. Back in the autumn of 1998, Prime Minister Atal Bihari Vajpayee declared in New York that India and the US could be “natural allies”. Coming in the wake of the US sanctions that followed India’s nuclear tests in May, Vajpayee’s claim appeared incongruous with Delhi’s traditional foreign policy orientation.

Yet, India’s nuclear tests created the conditions for a rapid rapprochement with the US under Vajpayee and Prime Minister Manmohan Singh. But India’s bonhomie with the US did not automatically compute into broader warmth towards the West as a collective. That has begun to change in the last few years, as Delhi embarked on an expansive engagement with Europe. The Cornwall summit can be seen as the beginning of an institutionalisation of India’s cooperation with the West.

To be sure, India has occasionally participated in the G-7 summits before. It has been the custom to invite a range of countries to join the outreach consultations at the G-7. This time, though, it has been different — on two counts.

The G-7 forum, which came up as an informal consultative group among the leading Western economies in the mid-1970s, was given up for dead after the 2008 financial crisis. The more representative G-20, which includes China, Russia, India and many others, seemed to supersede the G-7. But amidst the growing sense in Washington that China has gamed the global economic order to America’s disadvantage, there has been renewed interest in like-minded coalitions like the G-7. Equally important was the recognition of the case for widening the base of institutions like the G-7 beyond the geographic West to include large democracies like India.

The case for a “coalition of democracies” was certainly gaining ground over the last two decades within American academia and the political class. But the powerful force of economic globalisation and the absence of great power rivalry meant there was no compelling policy urgency to construct an “alliance of democracies”. That condition has altered radically in the last few years amidst the growing US tensions with China and Russia. The Trump Administration’s national security strategy had proclaimed the return of great power competition with China and Russia.

The Biden Administration has brought even greater intensity to this new approach by defining a deepening contradiction between the world’s democracies and autocracies. As he headed out to Europe last week, Biden declared his main objective as rallying democracies to meet the great challenges of our time, especially those presented by China.

In offering the outline of a potential alternative to China’s ambitious Belt and Road Initiative, calling for a reorientation of global supply chains away, demanding a fresh inquiry into the origins of the Covid-19 pandemic in China, reprimanding Beijing policies in Xinjiang and Hong Kong, and raising concerns about the conflict across the Taiwan Strait, the G-7 summit has responded to Biden’s call.

Some of the allies, however, did not want to turn the G-7 into a China-bashing exercise and found ways to soften the political blow. The host, British Prime Minister Boris Johnson, did not refer to China in his post-summit press conference. There is a strong view that the door must be kept open for engagement with China on issues like climate change while calling out its unacceptable policies.

Biden’s effort to channel allied energies on the China challenge is likely to find expression at Monday’s summit of the North Atlantic Treaty Organisation and Biden’s Tuesday conclave with the leaders of the European Union. The US-China rivalry is also likely to form the backdrop to Biden’s meeting with the Russian President Vladimir Putin in Geneva on Wednesday.

There is no doubt that Biden has put China at the front and centre of his international policy. After four decades of expanding collaboration with China, facilitating its integration with the global economy and accelerating its rise to great power status, the US has begun to push back.

Where does the democracy question fit into this new equation? The US has a long record of aligning with authoritarian states; Indian democracy is by no means a precondition for an alliance between Delhi and Washington. After all, the Indian political pluralism could not bridge the strategic divergence between India and the US during the Cold War. But in the last two decades, shared commitment to democratic values has helped cement Indo-US relations.

The G-7 plus statement on open societies is a continuation of an Indian policy that began under Vajpayee, whose government joined President Bill Clinton’s initiative on building a global community of democracies. Manmohan Singh joined the Bush Administration in promoting a global Democracy Fund at the UN.

The last couple of years have seen a sharpening debate, both at home and abroad, on the state of Indian democracy. The rush to write obituaries for Indian democracy was complemented by the widespread assumption that the Biden Administration’s focus on human rights will cast a dark shadow over US relations with India.