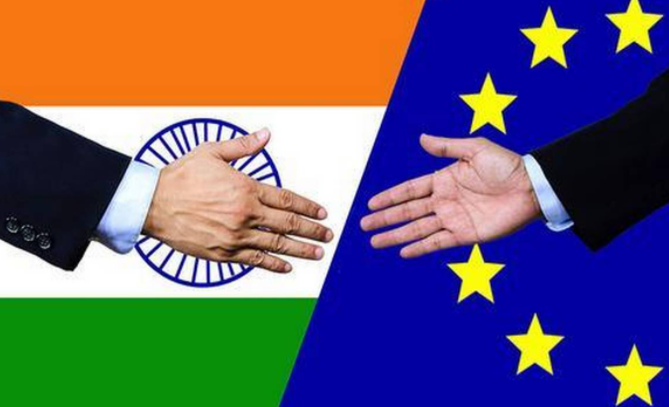 NATO must extend a formal partnership offer to Delhi; India must shed its hesitation. Both have a common challenge

When the North Atlantic Treaty Organization (NATO) leaders meet later this year, they will debate the recommendations from a group of experts (which I co-chaired) that advocates, among other things, extending a formal offer of partnership to India. Such an idea has been discussed before but has always foundered on India’s aversion to entanglement in rival geopolitical blocs. It’s time to overcome this obstacle.

China’s meteoric rise has dramatically heightened India’s need for closer security relationships with politically reliable, like-minded states. As China’s aggressive actions in the Galwan Valley and other border areas demonstrate, Beijing is increasingly willing to depart from its hide-and-bide strategy to directly challenge even the largest of its neighbors. This behavioral shift is likely to accelerate as China’s military capabilities expand. Already, China spends more on its military than all of its immediate neighbors combined, and nearly three times as much as India.
Read More: Australia’s Worst Floods in Decades Quicken Concerns About Climate Change

In these circumstances, India’s longstanding strategy of careful equi-distancing, punctuated by tilts toward China and Russia, is not viable; inevitably, New Delhi will have to undertake more deliberate efforts to counter-balance the juggernaut of Chinese power. To this end, it has already begun to deepen bilateral defence ties with Japan, the United States (US), and other regional players threatened by China, including through Quad.

Becoming a NATO partner would be a natural extension of this evolution with several upsides and few risks.

In the near-term, India would derive strategic-signalling value from even the appearance of drawing closer to the Western Alliance at a crucial, early phase of Beijing’s transition to a more aggressive posture. The mere fact of opening partnership talks would send the message that India’s leaders will redouble coalition-building efforts, more or less in direct proportion to Chinese aggression. The signal will hold all the more value precisely because it has heretofore bordered on geopolitical taboo.

Longer-term, India would derive military-strategic benefits from partnership with the world’s most powerful alliance. While NATO partnerships do not carry the Article 5 guarantee of collective defence against armed attack, they nevertheless come with regular defence dialogues, military-to-military planning, and joint exercises that improve readiness, interoperability and predictability. In the event of a conflict, India would benefit from having prior planning and arrangements in place for cooperating with NATO and its Mediterranean partners (including Israel, with which India has a close strategic relationship) to secure its western flank and the approaches to the Red Sea.

Partnering with NATO also carries technological benefits. Under a provision in the US 2020 National Defense Authorization Act, India now enjoys the same technology-sharing and cost-sharing perks as other non-NATO US allies for purposes of the Arms Export Control Act. But adding NATO partner status could also position India to benefit from possible future programme aimed at lowering the barriers for cooperation in emerging technologies between NATO and its Asia-Pacific partners. It could also help to offset the growing concerns and negative scrutiny that India is increasingly attracting in Congress for its disproportionate reliance on Russian military equipment.

Partnering with NATO would not significantly constrain India’s broader geostrategic options. Egypt and Israel are both NATO partners who maintain defence relationships with Russia. Switzerland, Finland, Sweden, and Austria are all NATO partners with long-standing neutralist traditions. NATO’s partnerships are highly customized arrangements. In India’s case, the sheer size and importance of the country may warrant a new and special category of partnership — one that combines periodic high-level dialogue, technological cooperation and defence planning for maritime contingencies.

However, the obstacles to partnership are not only on the Indian side; in the past, some NATO allies have effectively blocked discussion of the matter by insisting that any offer of partnership to India be accompanied by similar invitations to Pakistan. This may have seemed attractive to some in the era when NATO militaries were mainly focused on conducting operations in Afghanistan. But with the winding down of operations there, NATO has little in common with a Pakistan that is increasingly radicalized at home and aligned with, and beholden to, China.

By contrast, the case for NATO partnership with India — a large maritime democracy with concerns and interests that tend to overlap with those of the US and many European allies — has only grown more compelling as China’s rise has accelerated.

For all of these reasons, NATO leaders should extend to India an offer of opening partnership talks. Doing so would signal that it is seriously evaluating all of its tools, including partnerships, according to how well they equip its members for dealing with a new era of great-power competition in which large states such as China and Russia pose, by far, the greatest threat to their security.

In this emerging competition, India is a vital player in its own right and should be treated as such. But Indians should be under no illusions that a truly non-aligned path remains a viable option.

Strengthening ties with NATO now, while China is still in the early phase of a shift to a more assertive posture toward both South Asia and Europe, could pay dividends in dissuading aggression and ensuring that, should China continue on its current trajectory, India has as many friends as possible in the right places.