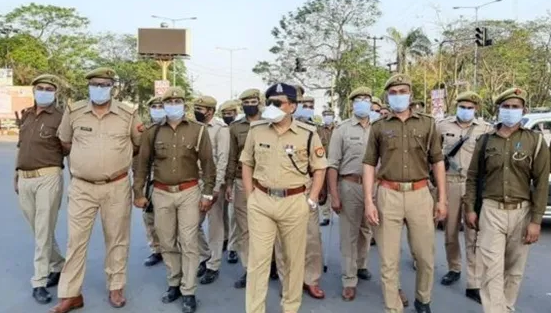 This will significantly increase the efficiency of our LEAs and, at the same time, drastically reduce the time taken to provide justice. It can be a win-win for all the key stakeholders

There is an urgent need for law enforcement agencies (LEAs) to adopt technology in their operations as it can act as a force multiplier. This is especially true in India where the police to population ratio is less than 150 per 100,000, whereas the United Nations recommends 222 police officials per 100,000 residents. But there are ways in which LEAs can use technology to increase their efficiency and effectiveness.

One, digitise citizen-facing services. Most citizens in India dread the idea of having to go to a police station. Technology can help make this interaction more pleasant. By providing digital access to the police, citizens can avail services from the comfort of their home. The Punjab Police has a citizen-facing portal, Saanjh, which provides online services for downloading first information reports and searching for stolen vehicles and lost mobiles, among other services. These digital portals also provide an easy and transparent mechanism to the citizens to register their complaints, provide feedback and track their complaint status. Technology can also be used to provide senior police officials dashboard views for their areas of jurisdiction, identify trends, patterns, outliers and take corrective action.
In addition to digital portals, social media can be used by LEAs to reach out directly to citizens — providing information on traffic jams, how to protect against cybercrime, dispelling rumors, countering fake news. The social media interaction can be both “push” — alerts are sent to citizens — or “pull” — citizens access the social media page/handle in order to get the desired information.

Two, use it for crime detection. Technology can effectively help get a digital footprint of the criminal. Mobile forensics can be used to retrieve critical information such as contacts, photos, SMS, video, email, web browsing history, location information and social networking messages. Call Detail Records (CDR) contain information about calls made and received, cell tower location, International Mobile Equipment Identity — a unique identifier for each mobile phone, and International Mobile Subscriber Identity — a unique identifier for each SIM. Due to the high usage of mobile phones, it is difficult to analyses these records manually. CDR analysis tools can be used to identify call patterns, most frequently called numbers, geo-location, and help in tracking missing persons, lost mobiles, movement, and establish relationships between criminal associates.

Artificial Intelligence (AI) can be used to match fingerprints, facial images, analyses CCTV footage and recognize vehicle number plates. In order to detect false number plates, AI can also be used to recognize the make and model of the car and match it with the vehicle registered with that number plate. Big Data can be used to integrate data from multiple sources such as social media tools, financial institutions, travel records, hotel stays, CDRs and criminal records. This can help create a 360-degree view of the criminal and draw linkages between criminal associates.

Three, use it in the realm of crime prevention. The holy grail for any LEA is to be able to prevent a crime before it takes place. Big Data can play a major role as it can be used to identify crime patterns and hot spots. AI can be used to draw correlations between the type of crime, time, location. Analyzing crime patterns in Punjab showed that snatching incidents peaked around 8 pm in rural districts whereas the peak occurred around 10 pm for urban areas. Information of streets/roads where most of the snatchings occur can be studied by plotting the crime locations on maps. The findings can then be used to deploy beat constables more effectively thereby reducing/preventing crime. Given the high number of postings and transfers in the police, the MIS reports and dashboards can help the newly transferred officer to get up to speed quickly.
Sentiment analysis of social media chatter can be used to identify potential riots (including location and time) as well as track the source of rumors designed to create communal disharmony. Social media can also be used in a proactive manner to provide authentic information to the public and dispel false rumors/fake news.

Four, LEAs have often not fully appreciated the impact of technology for improving internal efficiency. While most police departments in India have an operational human resources management system in place, efforts need to be put in to mine the data more effectively. Analysis of educational qualifications, age, gender, religion, caste, training, posting, rank, and supervisor-to-employee ratio can be used to identify gaps in the organization.

These gaps can be addressed via hiring, training, postings thereby ensuring a more “balanced” and effective organization. Similarly, key performance indicators such as the time taken to file a charge-sheet, types of crimes solved, time taken to address complaints, citizen feedback scores can be used to determine an officer’s performance in a more objective manner.

Training-Open Source Learning Management Systems, low-cost bandwidth and a digitally aware workforce mean that it is now possible to provide online training in a cost-effective manner on an unprecedented scale. To increase reach and effectiveness, these courses need to be offered in vernacular languages, they can be quiz-based, and certificates and recognition given to officers who demonstrate the ability to leverage these learnings in their jobs.

And finally, real-time integration. The five pillars of the criminal justice system are police, courts, prosecution, jails and forensics. While efforts have been made to integrate data from these five pillars at the central level, a lot of work needs to be done to integrate these systems at the state level. Countless man-years are lost in taking physical files from one place to another. Real-time integration between the information technology systems of these pillars will help in reducing duplicate data entry and errors. This will significantly increase the efficiency of our LEAs and, at the same time, drastically reduce the time taken to provide justice. It can be a win-win for all the key stakeholders.