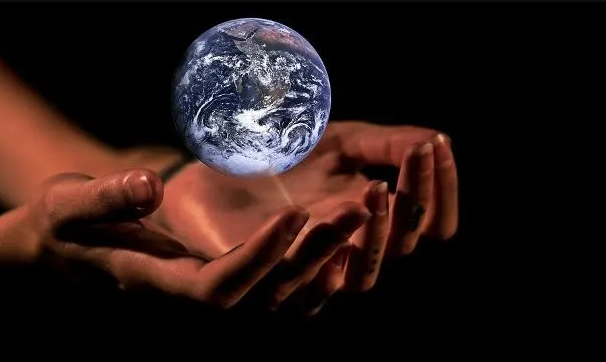 New Delhi needs to introduce equity, differentiation and justice in the ‘net-zero’ debate

The recent visit to India by United States Special Presidential Envoy for Climate John Kerry gave an opportunity for both sides to discuss cooperation on climate change and the balance between near-term priorities and long-term targets. U.S. President Joe Biden’s ‘Leaders’ Summit on Climate’ scheduled for April 22-23 will also set the stage for major countries to outline their plans. One thing is clear: Climate action and climate leadership are being increasingly measured against a planetary imperative of emissions reducing to net-zero by 2050. This presents a conundrum for fast-growing developing countries such as India. They need the carbon space to develop but they are also among the most vulnerable countries to climate change. Is there an equitable way to achieve net-zero greenhouse gas emissions for the planet?

Recent debates on whether India should declare a net-zero year or withstand mounting pressure have centered around two alternative strategies. The first is to delegitimize long-term targets. This view proposes focusing on measurable near-term progress, and paints the long-term (the year 2050 and beyond) as too far to be meaningful in terms of progress towards a deeply decarbonized world. The alternative approach argues that without long-term targets, the path to decarbonization has little certainty.

This polarized debate needs some nuance. Consider the analogy of a retirement plan. It is a must for everyone. However young, we need to start saving now to meet the goals of a financially secure retirement. It would be foolish to not have a retirement plan on the grounds that it is in the distant future, that medical sciences might advance, or that we could consider retirement properly when we are richer in middle age. To only focus on smaller savings in our youth would ignore the compounding effect that actions today have in the long run. Planning for emissions mitigation is similar: The short- and the long-term cannot be delinked.

Ambitious renewable energy targets, improvements in energy efficiency and fast penetration of electric vehicles are among India’s critical low-carbon objectives in the next decade. Yet, rapid advances in these do not substitute for the need to set a clear direction of travel with the aim to reduce emissions to net-zero. Avoiding this choice makes India look like a climate laggard when its actions actually speak louder than the words of many developed countries.

India should, instead, reframe the net-zero debate from the perspective of the planet and for the prosperity of its people. India had ensured that “climate justice” was inserted in the preamble to the Paris Agreement. As the climate crisis unfolds, climate justice should imply that humanity respects the planetary boundary of permissible greenhouse gases but also ensures that countries assume equitable responsibility based on their past and future emissions. This approach would be different from merely blaming developed countries for historical emissions and, instead, would establish the criteria by which economic advancement and climate responsibility could go hand-in-hand.

We propose a formulation that combines per capita income and aggregate emissions. The World Bank classifies a high-income economy as one with gross national per capita income of $12,536 or more in 2019 prices. Any high-income country should not get more than 15-20 years to achieve net-zero emissions from 2020 onwards. This would imply that the European Union or the United States reach net-zero no later than 2035-40, rather than 2050 as they currently propose. China will enter this income category after 2025, so it should achieve net-zero by 2045, rather than 2060 as it proposes. India is expected to become a high-income economy around 2050, and it should target net-zero close to 2070. As a recent Council on Energy, Environment and Water report shows, today’s high-income countries would still have a much longer transition period between peaking emissions and net-zero than India would get.

However, per capita income cannot be an excuse for inaction in correcting emissions-intensive development pathways. Aggregate emissions also matter. The historical (past century) and future (this century) aggregate emissions of each country not yet in the high-income category should aim to be progressively smaller than those which have achieved high-income status. This approach acknowledges the potential to tap into technological advances and cost reductions and reinforces the need to give a long-term net-zero signal. (This is how India benefited from falling solar costs over the past decade and was able to aim higher for its renewable energy ambitions.) This approach would trigger a rethink about each country’s sustainable development priorities and sectoral pathways — and create the conditions for further innovation and investment in climate-friendly infrastructure, technologies, business models, and lifestyle and behavioral changes. As the suite of mitigation technologies becomes more widely available and cheaper, all countries could achieve net-zero much earlier.

The debate between prioritizing only near-term actions versus announcing long-term net-zero goals presents a false binary. Both are needed to establish certainty of action, credibility of promises and create incentives for markets to respond. The real debate should be about climate justice for people and the planet. India would do well to propose alternative formulations that establish equity, differentiate the pace of desired action, and yet be progressive in its ambitions.