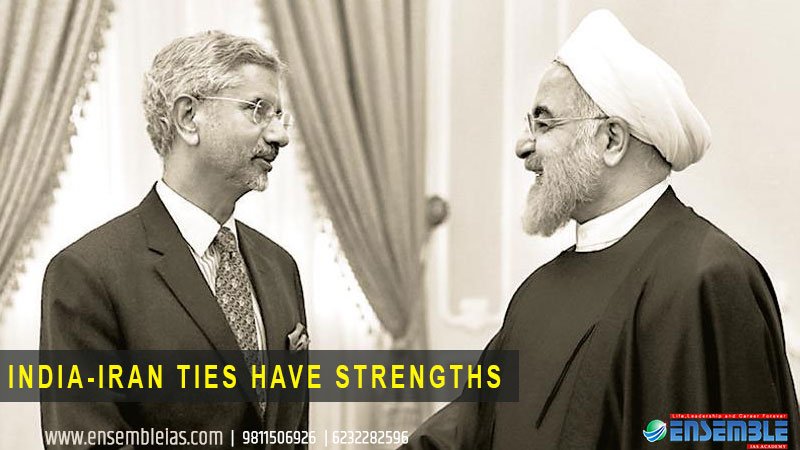 India is in a difficult spot with United States (US)-Iran tensions spiralling in West Asia after the assassination of Qassem Soleimani, the commander of the Al-Quds Force of Iran’s Islamic Revolutionary Guard Corps (IRGC) in Iraq. Iran has vowed “harsh retaliation”, while US President Donald Trump has threatened a “disproportionate” response against it, including cultural targets. In the last three days, Iraq’s parliament called for US expulsion, and Iran announced it was ending the final limitation in the nuclear deal on the number of centrifuges. It has, however, not exited the deal.

India’s initial statement on Soleimani “killing” was very restrained. It did not mention the US, but called for de-escalation in a region “of the utmost importance”. This measured response masks serious concerns if tensions flare further in West Asia. The fallout has strong implications on the safety of eight million Indians living there, India’s own energy security given its high dependence on oil and gas from the region as well as its burgeoning security, and investment partnerships with the Arab Gulf countries, among other considerations. India also worries about its strategic connectivity interests that include the port of Chabahar in Iran, linking India to Afghanistan and Central Asia, which received a rare exemption from US sanctions. In fact, just weeks before Soleimani death, the external affairs minister visited Washington, followed by Tehran and Muscat, to accelerate the much-delayed project. Regrettably, India is now caught in the crossfire that puts its interests in Iran at risk.

To be sure, the India-Iran relationship has not been without its complications. Officials often cite “historical and civilisational” links that distract from its limited, present-day engagement. For starters, their engagement on energy has never run smooth. Iran has often reneged on assurances to Indian companies. Tehran would hint at competing interests from China or Russia on deals being negotiated with India. This was the case with the gas field, Farzad B, discovered by ONGC Videsh Ltd, and under discussion for over a decade. India reduced oil imports in mid-2017 to show its displeasure over the delay. This was after the nuclear deal when Tehran could have capitalised on the thaw and accelerated projects. Yet, it chose to play hardball.

This pattern continued with the Chabahar port project, where fresh terms were sprung on India from the get-go when Iran introduced a new firm at the signing of the MoU in 2015. India holds Iran partly responsible for delays, as it changed terms in “very fundamental ways at least about three times in the last three years”. With Trump violating the nuclear deal, and sanctions slapped on several Iranian entities, including the IRGC, these changes frustrated India further. Every little modification demanded due diligence to safeguard the project from US ire, with no room for error. To complicate matters, the US waiver for Chabahar did little to improve things on the ground.

A third disconnect between the two is Afghanistan. Iran views American presence as part of the problem, and the possibility that it may now go after US assets there cannot be entirely ruled out. Additionally, Tehran’s support to the Taliban went against Indian interests. These are but a few bilateral problems between India and Iran. Add to them the moments when India was caught in the middle of a disagreement that Iran had with, say, Afghanistan, when it attempted to sabotage the Salma Dam that India was constructing (2011-12) or, with Israel, when the IRGC targeted an Israeli diplomat’s vehicle in New Delhi (2012). India has always chosen to react to these irritants bilaterally without public fuss, feeding the “romanticisation” of strong ties with Iran.

In reality, India has met the US halfway on most things Iran-related in the last decade, largely by its own strategic calculus. And this was much before going to zero on imports last year. As ties stand today, India-Iran engagement on energy has shrunk significantly, and security interactions are limited. The only arena left is connectivity, where there is just enough regional consensus from Central Asia to Russia and Oman (Ashgabat Agreement and INSTC) to keep Chabahar alive, but heavily reliant on existing infrastructure and limited spending. A written assurance from the US on the exemption was set to change that, but Trump had other plans.

While India mulls its options, here are three things to finally consider. India has always opposed a nuclear Iran. Tehran’s decision to not exit the deal (IAEA inspections intact) is telling and leaves room for dialogue with the European Union. Staying engaged with France, a close Indo-Pacific partner, along with Iran would go a little way. If reports on Saudi displeasure at Trump, and Israel’s cautious response calling Soleimani killing an “American event”, hold water, there is certainly room for India to manoeuvre in this crisis even with the US. With the government engulfed in domestic firefighting, however, whether Indian diplomacy has the bandwidth to do so is a different matter.