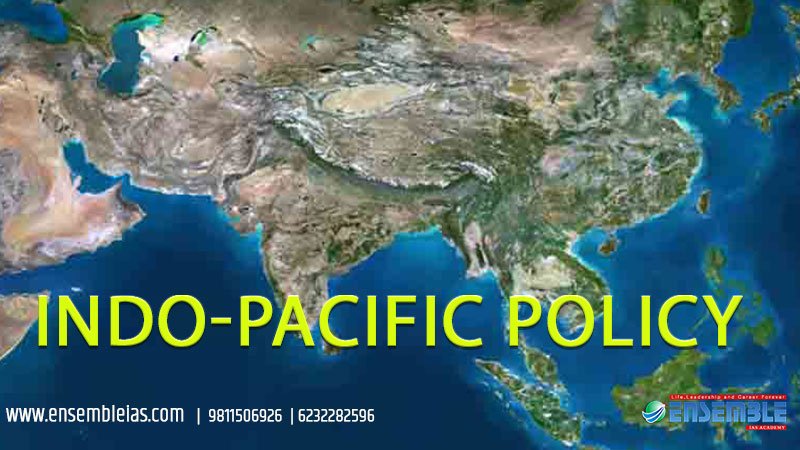 India is increasing the area covered by its Indo-Pacific Policy to include the western Indian ocean and Arabian Sea. This means that Asean is not only the heart of the Indo-Pacific, but includes the Gulf states and Africa.

The Indo-Pacific concept is also moving beyond economic, cultural and historical linkages to include an overarching strategic imperative, which shows India gradually evolving this new foreign policy concept into a hard power attribute, “one which drives existing mechanisms with a new sense of purpose”.

“The path toward a mutually beneficial, free, open, inclusive, and cooperative Indo-Pacific can begin from identifying specific actions to enhance cooperation on issues of broad interest” said foreign minister S Jaishankar on Saturday, asserting there is an “incontrovertible geographic logic to the Indo-Pacific.”
In a valedictory address at the end of the joint Indian Ocean Dialogue and Delhi Dialogue, which converged two key foreign policy imperatives of India – Act East and Indo-Pacific – Jaishankar suggested that since there is a multiplicity of views on the Indo-Pacific, there was merit in taking the idea outward with all the stakeholders of the larger region. “India’s approach to this concept led us to recognise that both geographical extremities of the Indo-Pacific and everything in between should ideally have their own indigenously evolved approach to the Indo-Pacific.”

Stretching the geographical and therefore strategic area of the Indo-Pacific to encompass not merely a region stretching eastwards from India, which would have the Asean as the central focus, India is now incorporating the western Indian Ocean and Africa. “While the nations of the eastern Indian Ocean and States on the connecting seas leading to the Pacific are defining their vision of the Indo-Pacific, there is room for a western Indian Ocean version of this concept too. In line with our own view that the Indo-Pacific naturally includes our western ocean neighbours in the Gulf, the island nations of the Arabian Sea, and our partners in Africa.”
Giving a broad direction to how the Indo-Pacific would progress, Jaishankar said, “The more important task at hand is to invest time and effort to use the Indo-Pacific as an open, free and inclusive platform to deliver tangible and meaningful cooperative initiatives.” This, he said, would include initiatives spanning maritime security to human security.