Israel and Hamas Try a New Approach in Gaza

Forty-eight hours after an Israeli airstrike that killed Palestinian Islamic Jihad’s (PIJ) leader in the Gaza Strip, Baha Abu al-Ata, and a simultaneous strike against a PIJ target in Damascus that sparked a back-and-forth exchange of rockets and airstrikes between Gaza and Israel, the PIJ reached a fragile cease-fire with Israel Defense Forces (IDF) early Nov. 14. The cease-fire went into effect after militants fired roughly 450 rockets from Gaza at Israeli territory, 32 Palestinians died and 111 Israelis and Palestinians suffered injuries. 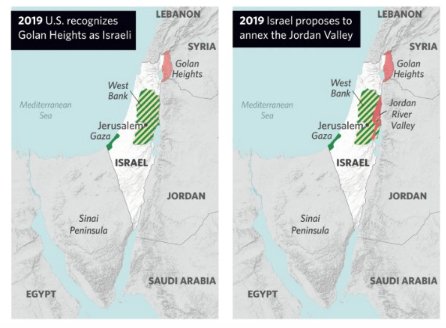 While on the high side, these numbers are not atypical for such exchanges between Israel and the Gaza Strip. Gaza hosts a handful of militant groups focused on resisting Israel’s occupation of the Palestinian territories. The violent exchange and the ensuing fragile cease-fire was, however, atypical in a notable way that underscores changing dynamics in Gaza-Israel relations: Israel neither blamed Hamas for the rocket launches nor targeted in airstrikes. Moreover, though Hamas did rhetorically support the PIJ’s retaliation and reportedly did not try to stop the rocket volleys, it did not participate in attacks on Israel.

A Change in Strategy

Israel’s keen focus on targeting and degrading the PIJ’s capabilities while working to avoid drawing Hamas into the fray stand out. Israeli Prime Minister Benjamin Netanyahu and Israel Defense Forces made clear they specifically blamed Abu al-Ata and the PIJ for undermining Israeli efforts to build a more sustainable peace with the Gaza Strip.

Israel’s actions could be a tacit acknowledgment of the ineffectiveness of its typical strategy of holding Hamas responsible for any violence emanating from the Gaza Strip. Since the PIJ has arguably been responsible for more recent flare-ups than Hamas and organized some protests against Israel — and since Hamas apparently cannot rein in the PIJ as before — Israel might have decided to stop blaming Hamas for attacks and instead try to eliminate key PIJ figures and otherwise lessen its capabilities. This not only reduces the PIJ threat directly, it shifts the balance in Gaza to Hamas’ advantage, presumably helping it better enforce future cease-fires with Israel. Such a divide-and-conquer strategy with Palestinian militant groups could help Israel better manage instability and the risk of greater conflict in the Gaza Strip.

For its part, Hamas did not appear to want to involve itself in the current exchanges. This pragmatic approach naturally protects its capabilities and its accomplishments in negotiations with Israel over the last few years. The long-standing PIJ-Hamas rivalry in the strip likely contributed to this new approach, which offered Hamas the opportunity to allow Israel to degrade its militant rival and the opportunity to enhance its control in the Gaza Strip and, ultimately, the Palestinian territories.

Since the devastation Hamas suffered in its summer 2014 conflict with Israel, Hamas’ leadership has understood the cost of directly challenging Israel’s superior military power. This is not to say that Hamas has a more peaceful relationship with Israel than other militant groups in Gaza; Hamas remains focused on countering Israel’s goals to more tightly control the Gaza Strip, often through violence. But it has contributed to Hamas’ more pragmatic approach to Israel.

The cease-fire could easily collapse in the face of border clashes, another assassination of a Palestinian leader, or a longer-range rocket hitting central or northern Israel. Several rockets have been launched since the cease-fire went into force, though so far, Israel’s leaders have sought to minimize the significance of such strikes. Because the PIJ is closely linked to Iran and Israel is intent on degrading and countering Iran-linked entities across the region, a further escalation between the PIJ and Israel is possible. Hamas could still be drawn into a major PIJ-Israel confrontation, but sitting one exchange out suggests Hamas might do so again.

While this will prevent conflict between Israel and Hamas in the short term, the long-term issue of their future relationship remains unclear. For the beleaguered political leadership of both Hamas and the Israeli government, kicking the can down the road might be the best of the bad options for managing a perpetually restive and unstable issue.