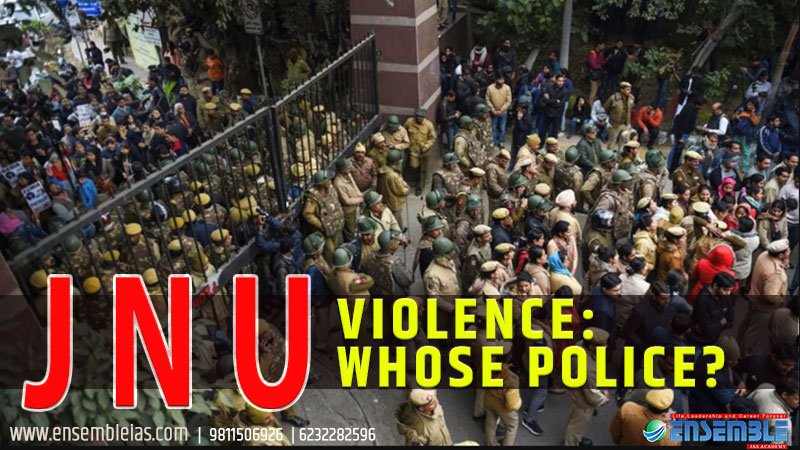 JNU violence has raised questions about the conduct of Delhi Police. The onus is on the force to restore its credibility.

Delhi Police is a strange beast — it does not report to the elected government of the state where it functions. However, the fact that it comes under the Union Ministry of Home Affairs (MHA) has never been so stark as it is now.

Police action in Jamia Millia Islamia during protests against the new citizenship law and the inaction in JNU on Sunday allowing hooligans to go on a rampage in the campus have cast a shadow over the force. In these instances, Delhi Police is perceived to have acted in a partisan manner with the intent to protect its master’s preferences at the cost of its mandate to enforce law and order without prejudice. Such conduct has had repercussions, in and beyond the capital.

The crackdown in Jamia ignited student protests in campuses across India, which is continuing. That’s why how Delhi Police handles the JNU probe will be keenly watched. It is now up to the force to restore its credibility as a free and fearless enforcer of the law or be derided as a mere security wing of the MHA. The JNU probe, however, has started on the wrong note. The first FIR, filed on Tuesday, was against the JNU Students Union President Aishe Ghosh, who was beaten up by the goons, allegedly affiliated to the RSS students-wing ABVP. This seems to be aimed at firming up the narrative that the violence in JNU was merely a “clash” between rival student groups over the semester registration process. Sunday’s incident was much more than the scaled-up version of campus violence. Police reportedly did not respond to calls for help from the campus. Visuals of armed thugs leaving the campus after thrashing students and teachers under the watch of police personnel remain fresh in public memory. That not one of them was apprehended by the policemen waiting outside the JNU gates speaks poorly about the competence of the force.

Failure on the part of Delhi Police to clarify these questions will stain its record. The AAP government, as part of its larger campaign for statehood, has often accused Delhi Police of working like an “armed wing of the BJP”. Evidence of the last few days reinforces this. Delhi Police brass has a task in hand: It must remove apprehensions about its neutrality and reclaim its credibility. It could begin by earning the trust of the JNU campus community.
Source: Indian Express | Editorial