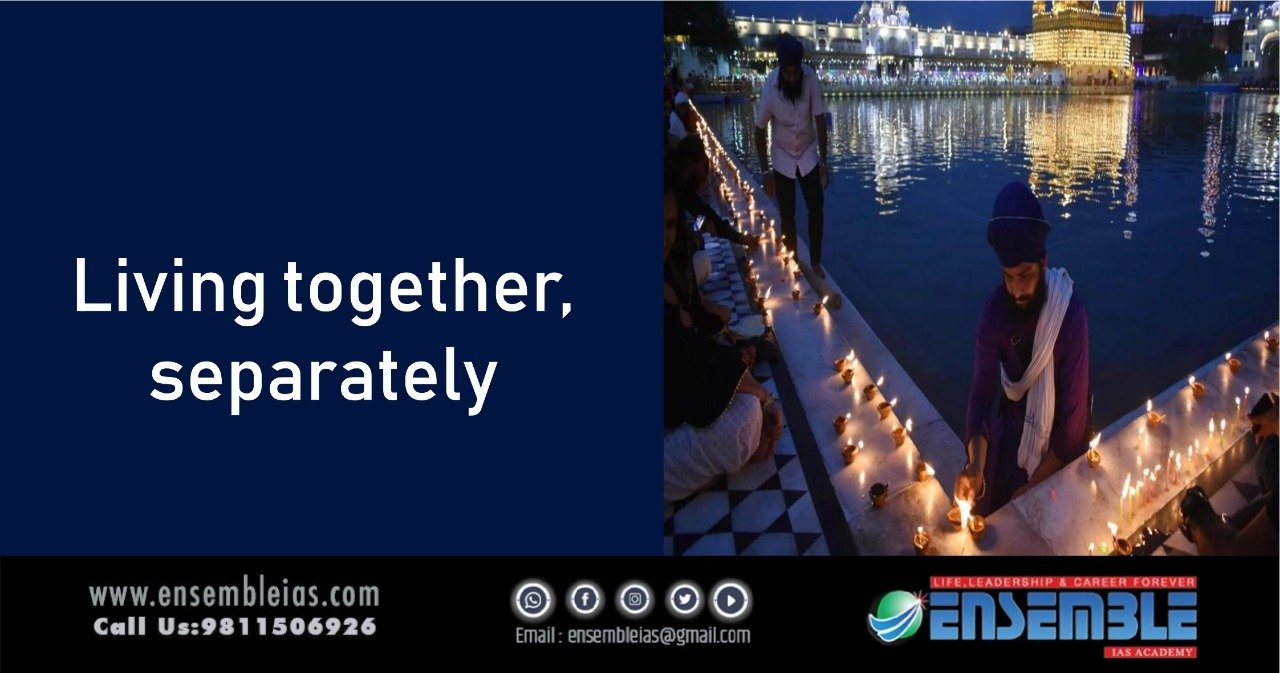 Living together, separately: The findings of the latest Pew survey on religion in India raise questions that lie at the heart of India’s contemporary political debates. The survey shows that while an overwhelming majority of Indians are believers, they also recognise the importance of respecting other religions as a religious virtue. This respect for other religions co-exists with a high support for religious segregation, not just on questions such as marriage but even in choosing neighbours and friends. Defying taboos related to food is among the biggest triggers for being considered an outcaste from one’s religion. If these findings are true, it confirms what is anecdotally known: Indians are largely conservative when it comes to religion.

But since this is the first such survey, and there is no comparative historical data, it is hard to know whether conservatism has increased or decreased over time. When seen with the tectonic shift in Indian polity since 2014, it raises other questions too. Is the BJP’s rise a reflection of this conservatism? Or has its rise made Indians, especially Hindus, more conservative, even intolerant, vis-à-vis other religions? Or have these two reinforced each other? The report indicates that Hindus who support the BJP are slightly more conservative than others. For example, 72% Hindus who favour the BJP think that it is very important to stop Hindu women from marrying into other religions. For Hindus who had an unfavourable view of the BJP, this number is just 57%. But the key factor is that even among the BJP’s opponents, segregation is a majority view. Regressive views span religions: 42% of Muslim men, compared to just 32% women, think that the practice of triple talaq should exist.

While it is tempting to conclude that existing social barriers are insurmountable, it is also true that more Indians than at any point in history are defying caste and religion structures in making life choices, including marriage. The trend of voters flipping between the BJP and its opponents in national and state elections also shows political choices are complex, beyond the religious outlook of the party. The larger political message from the survey is that while the entrenched conservatism among Hindus might give the BJP an edge, it is not the only explanation for the party’s political rise. The larger social message is that India has a long way to go in becoming a truly harmonious society, where citizens don’t just live together, separately and peacefully, but coexist in all senses of the term.