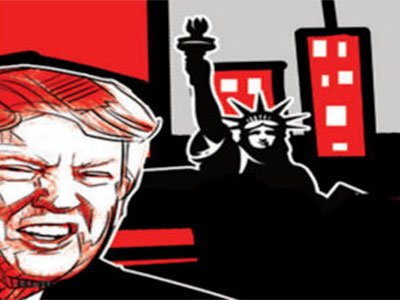 The US political establishment faces the delicate task of balancing the need to move forward from a divisive election and hold to account those who attacked American democracy. The first step in this dual act of looking forward and backward will be played out on Capitol Hill. The US Senate is gearing up for US President Donald Trump’s second impeachment trial and confirmation of the members of the Biden Administration, besides the incoming administration’s other urgent legislative agenda. We wish them success in this endeavour.

Donald Trump secured his ignominious place in history by being voted out after a single term, losing his party’s hold over the presidency, the House and the Senate, and being the first American president to be impeached twice. The push for impeachment by Democrats led by Speaker Nancy Pelosi is an effort to hold him accountable for his unambiguous efforts to undermine the elections and his encouragement of actions that led to the insurrection at Capitol Hill.

There is little doubt about the part that President Trump played in instigating the insurrectionists, repeatedly calling on them to stop what he called the stealing of the vote. Yet, impeachment is a political rather than a juridical punishment. If the Senate votes in favour, it will bar Trump from future elections. But it could also feed his supporters’ sense of aggrievement. Trump can be punished, but can impeachment extinguish Trumpism?

There is a lesson here for political leadership in other democracies, as well. There are serious long-term consequences of undermining democratic political processes and playing up peoples’ insecurities and fears for the sake of political power. Pursuit of power should not be at the expense of the nation’s unity.