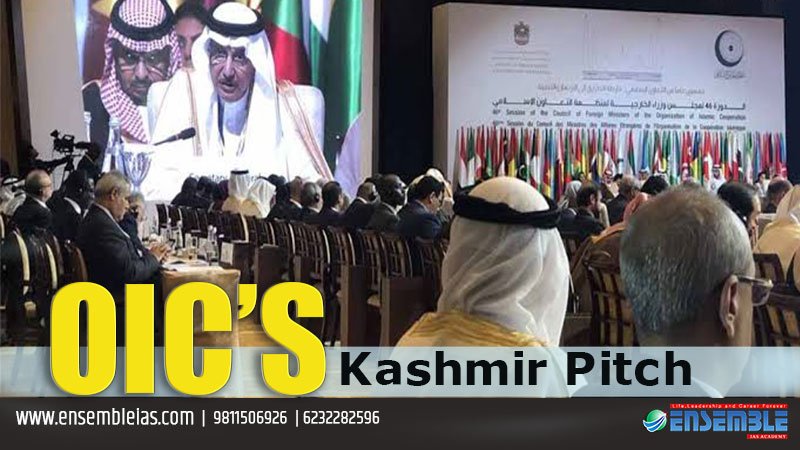 Oic Kashmir Pitch: The Saudi move is a blow to India’s diplomatic efforts to counter Pakistan.

In a blow to India’s foreign policy, Saudi Arabia has agreed to hold a special foreign ministers’ meeting of the Organisation of Islamic Cooperation (OIC) devoted to Kashmir.

The move appears to be influenced by Pakistan and is being seen as quid pro quo for Islamabad’s decision to back out of the recent Islamic summit hosted by Malaysia which Riyadh had stayed away from. But India has been boosting economic and security ties with Saudi Arabia precisely to counter Pakistan’s propaganda against New Delhi in the Islamic world.

If the OIC now revives the Kashmir issue in its parleys, it will be a setback for New Delhi’s objectives.

New Delhi cannot escape blame here. While in the past foreign policy had generally been the Narendra Modi government’s strong suit, the past year has seen some self-administered goals.

Lockdown and continuing restrictions in Kashmir have created a negative image for India. Similarly, the CAA-NRC combo has brought India’s commitment to secularism under a cloud and raised concerns about Indian Muslims being treated as second-class citizens.

Foreign diplomats in New Delhi complain they haven’t even been properly briefed on CAA and warn that India is fast losing friends.

This is precisely what Pakistan wants. Islamabad is keen to trap New Delhi in a Hindu-Muslim quagmire that will roil the Indian public and alienate India’s friends. Government must therefore not lose the capital it has built with foreign partners and realise that it needs Western nations on its side and Islamic nations at least neutral for strategic battles with China and Pakistan.

And that will happen only if it remains committed to liberal and secular values. This is particularly the case given India’s current slowdown, leading to an erosion of its economic cachet. As a wag has noted, without secularism India is just another country with a $150 monthly per capita income.

Source: The Times of India | Editorial