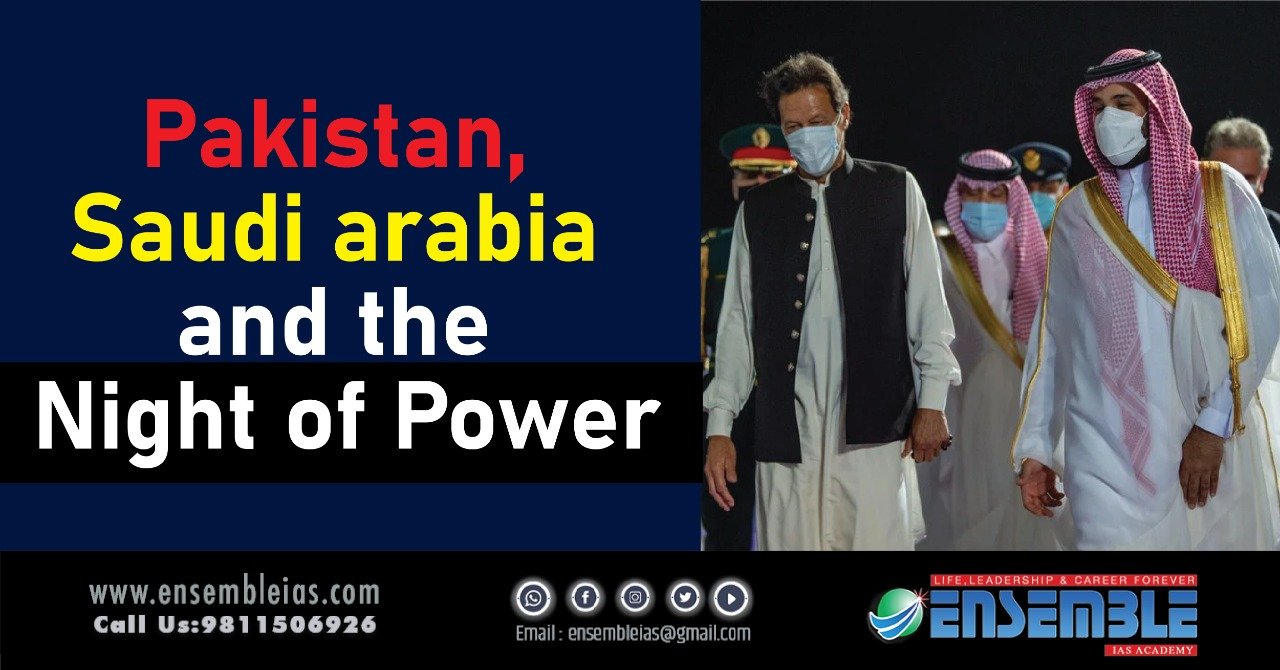 In the early 1980s, Pakistani dictator General Zia ul-Haq was ostracised by the Gulf Arabs for executing his predecessor Zulfiqar Ali Bhutto. His strategy was to go to Mecca on the Lailat al-Qadr, the “Night of Power”, in Holy Ramadan. He knew that the Saudi King and senior Al-Sauds would all be there and could hardly refuse his request to pray together on this auspicious occasion. This networking tactic got him rehabilitated in Saudi Arabia and became an enduring tradition of Pakistani diplomacy.

Indeed, Pakistan-Saudi relations have lately been at their lowest since the 1980s, as both sides pursue a nationalistic agenda, taking the other side for granted. In 2015, Pakistan declined to join the Saudi-led military coalition against Yemen’s al-Houthi militia, infuriating Riyadh. In 2018, the Saudis upbraided Khan for conspiring to challenge Riyadh’s Islamic order. In August 2020, Pakistan felt frustrated at Riyadh not willing to organise a high-level Islamic meeting to condemn India’s effective abrogation of Article 370 and threatened to go along with Saudi’s rivals. The Saudi riposte was to seek payment of a $1 billion loan from Pakistan.

Imran Khan’s visit to Saudi Arabia from May 7 to 9 needs to be analysed against this backdrop. Pakistan’s army chief, General QJ Bajwa, two days earlier, averred to both the importance of the visit and hinted at a military quid pro quo.

The visit had good but limited optics. Although PM Khan was welcomed at the airport by Crown Prince Mohammed bin Salman (MBS), he was not received by King Salman. Both sides agreed, in a key agreement, to establish Saudi-Pakistan Supreme Coordination Council to be co-chaired by the Saudi Crown Prince and Pakistani PM, mirroring a similar body with India, with which Pakistan seeks parity, although its bilateral engagements are smaller. In 2019-20, for instance, Pakistan-Saudi trade was $2.18 billion, or less than 1/15th of India’s $33.09 billion.

The joint statement after the visit shows attempts at mutual accommodation. Pakistan condemned al-Houthis and the Saudis reciprocated by praising Pakistani “facilitative role” in Afghanistan. The statement was, however, conspicuously silent on several common concerns, such as Iran (Saudi’s bête noir, but Pakistan’s neighbour), and Gulf security (where Islamabad tries to fit in).

The statement mentioned Pakistan-India ties, but only at the end of the regional issues. It registers MBS welcoming the recent Indo-Pak ceasefire, adding, “The two sides emphasized the importance of dialogue between Pakistan and India to resolve the outstanding issues between the two countries, especially Jammu and Kashmir dispute, to ensure peace and stability in the region.” By avoiding the usage of the usual Pakistani lexicon on Kashmir, Saudis seem to have succeeded not only in steering clear of the Indian sensitivities but also created a new and more pragmatic template for Pakistan’s position on the dispute.

Pakistan, Saudi Arabia and the Night of Power:

The joint statement is curiously quiet on two issues likely on the Pakistani wish list — Saudi economic commitments and the Pakistani diaspora. While a “framework” for Saudi financing of the projects in Pakistan was signed, there was no mention of any specifics. A Saudi official subsequently put a figure of $500 million for the package, a relatively low number. There was no reference either to the projects, including the Gwadar petrochemical complex, agreed upon during MBS’s 2019 Pakistan visit or any Covid-19 aid. Similarly, there was no mention of the over two million Pakistani expatriates in the Kingdom, remitting £10 billion back home, many of them affected by the Saudisation policy. For Khan, a new-convert to geo-economics, Lailat al-Qadr Summit did not yield the expected Eid hand-outs.

This is partly because Saudi Arabia, too, has been hard up. In 2020, the Saudi economy shrank by 4.1% with fiscal deficit and unemployment rising to 11.3% and 12.6% respectively. Besides, Riyadh has to contend with several other challenges — from oil turbulence to a reset with the Joe Biden administration, and from extrication from the Yemeni conflict to containing Iran. To pursue his ambitious “Vision 2030”, MBS has been on a drive to cut losses and make friends. For Riyadh, Pakistan’s return to its fold would be a net gain, particularly as a Praetorian Guard of the last resort. However, after six years of estrangement, it is likely to make haste slowly and cautiously.

As an interested party, New Delhi needs to watch the incipient realignment between Islamabad and Riyadh. More substantive economic ties with India have led Riyadh to develop a better, more objective understanding of the Indo-Pak dynamic. Saudi Arabia’s current relations with the two South Asian countries are no longer either a zero-sum game or seen through a religious prism. If anything, Pakistan is on the defensive, and is not likely to get a Saudi carte blanche vis-à-vis India.

Yet, it would be unwise for us to take Saudi Arabia for granted. It’s good that recent friction in bilateral oil trade has been put to rest. With or without Pakistan, India and Saudi Arabia have a lot of tangible gains in-store by simply leveraging their potential for economic complementarity. The rest would follow — as day follows night.

(Pakistan, Saudi Arabia and the Night of Power)