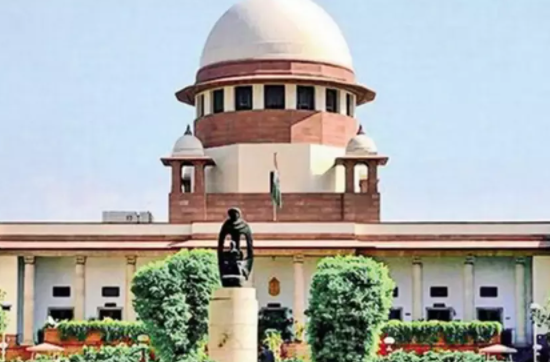 The Places of Worship Act won SC’s approval just two years ago. Why relook it?

Supreme Court’s move to examine the validity of the Places of Worship (Special Provisions) Act is unfortunate. Parliament enacted the law in 1991 to prevent conversion of religious places and maintain their “religious character” as it existed on August 15, 1947, with sole exception carved out for the RamJanmabhoomi- Babri Masjid dispute – already in courts by then. The Act won high praise from the 2019 SC bench that awarded the disputed land in Ajodhya to Hindus, noting that it “addresses itself to the State as much as to every citizen” and that its norms “bind those who govern the affairs of the nation at every level”.

This law praised by SC has been challenged by a PIL, a mechanism many judges now frown upon for their tendency to arrogate governance and bog down judiciary in matters with no constitutional or justiciable issues at stake. The petitioner has opposed the Independence Day cutoff as “arbitrary, irrational and retrospective”, which prohibits Hindus and others from approaching courts to “reclaim” worship places “invaded” and “encroached” upon by “fundamentalist barbaric invaders”.

Ironically, the petition is guilty of much arbitrariness and irrationality, which wasn’t seized to dismiss it. India was founded as a modern, secular nation on August 15, 1947. Much of ancient and medieval history was barbaric and sacrileges aplenty were committed. The modern Republic can’t retrospectively entertain grievances lost in the mists of time. It can’t be stuck in 1192, nor can it undermine its Constitution predicated upon rule of law to correct history or its many versions. Indeed, the Republic has to be future-oriented, accountable as it is to citizenry demanding fulfilment of their aspirations of development and material prosperity in the present day, rather than raking up events of a millennium ago (the latter, indeed, is a hallmark of fundamentalist thinking).

The premise of August 15, 1947, was a break with history, guaranteeing equal rights to all people and freedom from discrimination. This foundational character was present in the 1991 law. SC’s Ramjanmabhoomi verdict concurs: “Parliament determined that independence from colonial rule furnishes a constitutional basis for healing the injustices of the past.

The State, has by enacting the law, enforced a constitutional commitment and operationalized its constitutional obligations to uphold the equality of all religions and secularism which is a part of the Constitution’s basic structure.” Entertaining such PILs opens a Pandora’s box – to avoid which, precisely, this law was enacted. The judiciary mustn’t open minefields with no major constitutional issue at stake.

Published in The Times of India  on 15/03/2021. In this article “Parliament enacted the law in 1991 to prevent conversion of religious places .”