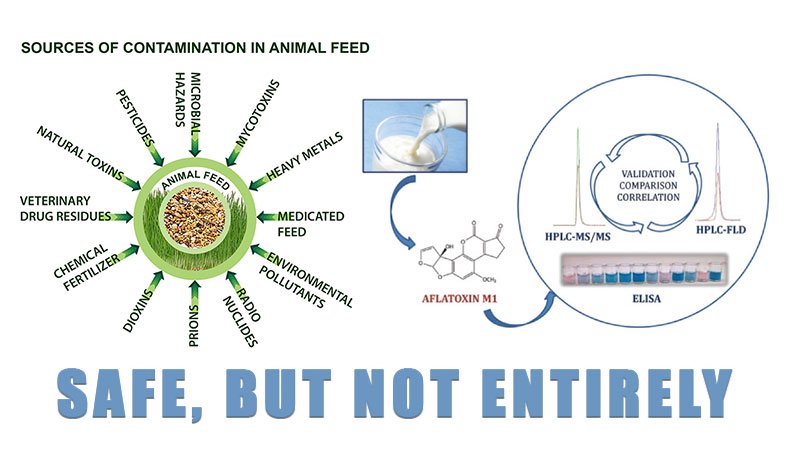 The “most comprehensive and representative” milk safety and quality survey has demolished the perception of large-scale milk adulteration in India. It was undertaken on 6,432 samples collected last year between May and October, and picked from over 1,100 town/cities with over 50,000 population. The survey by an independent agency at the behest of the Food Safety and Standards Authority of India (FSSAI) found 93% of the samples were absolutely safe. The samples were tested for 13 common adulterants and three contaminants — pesticides, aflatoxin M1 and antibiotics. Only 12 adulterated samples were found to be unsafe for consumption. The adulterated samples — they were also subjected to confirmatory tests — were from just three States: Telangana (nine), Madhya Pradesh (two) and Kerala (one). The survey claims that quantitative analysis of all adulterated samples showed the amount of adulterants and contaminants in the dozen samples was not high and hence “unlikely to pose serious threat” to human health. However, it did find 368 samples (5.7%) had aflatoxin M1 residues beyond the permissible limit of 0.5 microgram per kilogram. Compared with aflatoxin M1, antibiotics were seen above the permissible level in 77 samples, from Madhya Pradesh, Maharashtra and Uttar Pradesh.

At 227, aflatoxin M1 was more widely present in processed milk samples than in raw milk (141). This is the first time the presence of the contaminant in milk has been assessed. According to the FSSAI, aflatoxin M1 in milk is from feed and fodder, which is not regulated. The highest residue levels of aflatoxin M1 in milk were seen in samples from three States — Tamil Nadu (88 out of 551 samples), Delhi (38 out of 262) and Kerala (37 out of 187). According to the International Agency for Research on Cancer the contaminant has been classified as “possibly carcinogenic to humans”. Its carcinogenic potency is estimated to be about a one-tenth of aflatoxin B1. Since the current survey has limited itself to milk, it is not clear how widespread aflatoxin M1 contamination is in milk products such as cheese, and hence the total exposure to it. Aflatoxin M1 in milk and milk products is a public health concern especially in infants and young children as milk constitutes one of the major sources of nutrients. According to the World Health Organisation, exposure to aflatoxin M1 in milk and milk products is especially high in areas where the grain quality used as animal feed is poor. Hence all attempts need to taken both before and after food crop harvest to reduce the toxin amount. Improper storage of food harvest in warm and humid conditions leads to aflatoxin contamination that is much higher than what is seen in the field. Equally important is in having facilities to regularly test for aflatoxin M1.