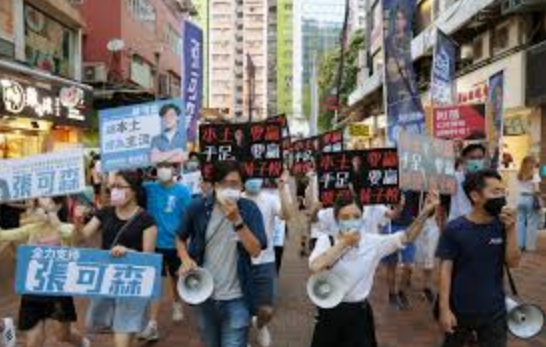 Hong Kong, China’s Special Administrative Region (SAR), has served as the mainland’s most important gateway to the world for the past 24 years. Since its handover from British rule in 1997, the SAR has defied expectations that it would lose its unique identity. Unlike the mainland, the unique “one country, two systems” model guaranteed a high degree of autonomy and freedoms, including a free press, the right to protest, and a rambunctious political scene with a noisy pro-democracy opposition.

Perhaps, most importantly, for the hundreds of multinationals, it also enjoyed an independent judiciary, a stark contrast from the Communist Party-controlled courts across the border. This week, Beijing dealt a blow to many of those unique freedoms. On March 30, the Standing Committee of China’s National People’s Congress (NPC), approved sweeping changes to Hong Kong’s electoral system that will reduce significantly the share of directly elected representatives in the SAR’s Legislative Council (LegCo). President Xi Jinping signed orders to promulgate amended annexes to Hong Kong’s Basic Law, the constitution that has governed the SAR and ensured its autonomy, marking the biggest change since 1997.

While previously 35 of LegCo’s 70 members were directly elected, that number has now been reduced to 20, even as the size of the legislature has been expanded to 90. The remaining 70 will be nominated from broadly pro-establishment groups, thereby ensuring a majority for the pro-Beijing camp in perpetuity. The most controversial change is the establishment of a Candidate Eligibility Review Committee to decide the eligibility of candidates and deem whether they are “patriotic” enough. Its verdicts cannot be challenged in the courts, the only standing independent institution.

Beijing has justified the changes to ensure “patriots” were administering Hong Kong and as a response to the 2019 protest movement, which was silenced by last year’s stringent national security law. The protesters had demanded universal suffrage, promised in the 1997 handover. That the protest movement had wide backing was clear in the 2019 district council elections, after which the pro-democracy camp ended up with 90% of the seats. That will now count for little, as the amendments no longer give district councilors a place either in LegCo or in the Election Committee. With the new change and the national security law in place, Beijing’s grip on Hong Kong is tighter than ever.

While Beijing may succeed in assuaging the business community’s concerns with the continued attraction of the mainland’s market, it remains no closer to winning the hearts and minds of Hongkongers. By reducing the space for democratic representation, Beijing appears to have given up efforts to do so, at least for now. That the changes are being framed by China as a historic political victory does little to change the perception.