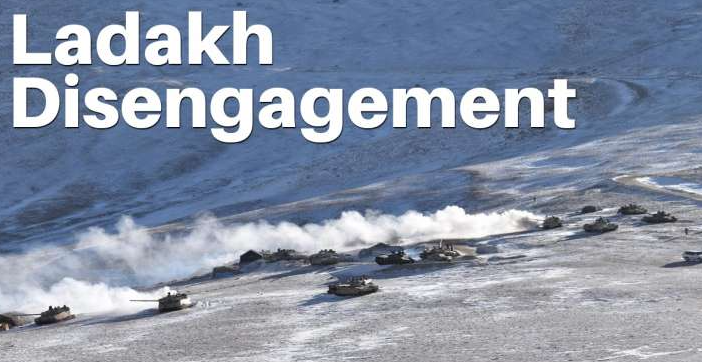 The most contentious zone, where China occupied areas between Fingers 8 and 4, created military infrastructure such as bunkers, troop shelters, machine gun and artillery positions.

China will pull back its troops to beyond Finger 8, restoring the status quo that existed as of March last year; all infrastructure between Fingers 8 and 4 to be dismantled.

India will pull back troops to its Dhan Singh Thapa Post near Finger 3.

South bank
India had occupied key locations in Chushul to apply pressure on China that was refusing to budge from the Finger Area.

Agreement
Tanks & armoured units that were within a stone’s throw in Chushul have been disengaged.

Depending on the Chinese withdrawal at Finger, further disengagement of troops will take place.

Key heights occupied by India will be the last to be vacated after it has been made sure that China has kept its promise in Finger area.

Depsang, Gogra
PLA had built up troops near the Depsang plains, threatening the Indian DBO airfield It also pushed forward troops to the Gogra area.

Agreement
These two issues to be taken up in detail after the disengagement process at Pangong Tso is over.

The next step
48 hours after disengagement is completed at Pangong, senior commanders will take up remaining issues like Gogra and Depsang.

Monitoring
Both sides agree to have a process for verification of troop withdrawal. This would be done through UAVs & joint ground verification teams.