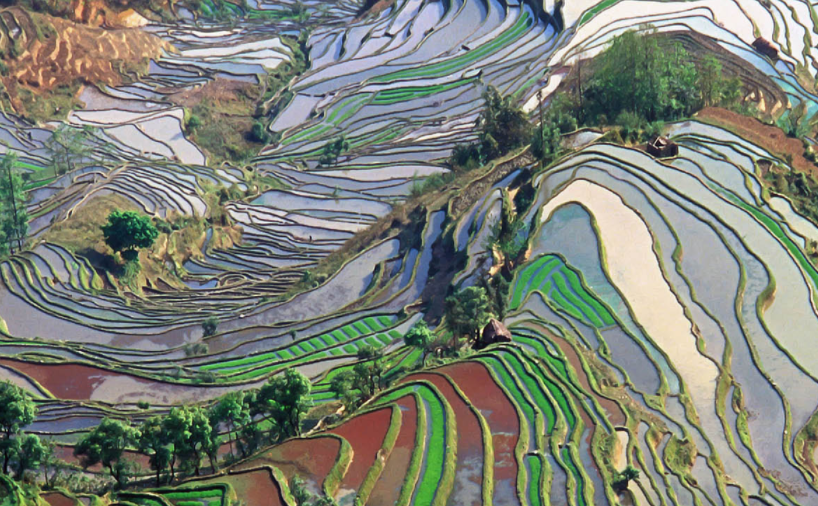 With the rapid advance of the manufacturing sector and deeper penetration of the global market since the Second World War — what is known as the Great Acceleration — the emission of carbon dioxide increased in geometric proportions. The Keynesian revolution from the 1940s to the beginning of the 1980s made massive investments in infrastructure with the aim of increasing demands. It has been observed that Keynesianism did not replace capitalism but made it ordinary, acceptable to the masses.

In the mid-1980s, the Thatcher-Reagan joint economic regime dismantled the welfare system of the previous decades and heralded the turn towards neoliberalism. The transformation of the social into a mere extension of the economy being complete, every human affair could be explained in market terms. With the rise of digital, virtual, and biotechnological systems from the 1990s, capital could operate as an integrative, hermetic bind transforming itself into a rationalized regime of the projective calculation for the market like never before. The combined result is humankind’s entry into an era where everything they do will have a direct impact on the planetary history from now on. In other words, mankind has entered the Anthropocene era leaving behind that of the Holocene.

The argument that the Anthropocene emerged dialectically from the contradiction of capitalism and nature, however, is problematic and has influential detractors. It can be conjectured that had the entire world gone socialist after the Russian Revolution, it would have produced more, and not less, greenhouse effect since the equitable distribution of resources across the population would have meant more purchasing power on a global scale.

Interestingly, the figure of the Anthropocene has now been constructed as the ultimate test of humanity’s capacity for self-overcoming through technologist solutions. Apart from ensuring the faith of the global populace in the prevailing economic-technological order, it offers capitalism a new market. Bioengineering in the form of genome science is posing as the new form of a political messiah. Calling it a genetic bomb, French philosopher Paul Virgilio explains the promises of this new science in terms of the installation of a new human being with a smaller ecological footprint because it uses fewer proteins, oxygen, and water, a creature made compatible with an earth of dwindling resources. The damage of ecology that so long compromised and promised conditions suitable for human biological existence now paves the way for the success of a new techno-market solution. If the bomb signaled the destruction of human life, decoding the human genome heralds the industrial production of life.

Is it possible even now for us as a collective to work out an escape from the impending doom? Can the Anthropocene be made livable for humans? Time has come to develop a species sense, the sense that we as a species were born through the longue Durie of geological and biological changes. The weave through which we are related to one another is the weave of power be it at the global, national, professional, or familial level. But along with this, we need what may be called an ethical understanding at the level of species. Though not connected intrinsically, the issues of power and ethics can be brought on the same plane through patient reflection.

Mere criticism of capitalism will not suffice. We need to imagine a feasible global systemic alternative where the human considers itself a part of the natural order and actively cooperates with it. The planet is not for humankind’s loot. The task is to reconfigure the political. The incorporation of the geobiological into the human calculus is oftentimes seen as an escape from the pressing issues of hunger and injustice. There is little awareness at present that unless the question of ecological impact is woven into the question of justice in human affairs, it will be of less and less practical relevance. The compass of the political must include ecological.

So far, human-social thinking has taken the natural and planetary world as constant, not affecting human affairs. The tree I see from my window will bloom at a particular time of the year, the planets and the sun will reside in their stately domains and have the same effect on our planet, and so forth. As a matter of fact, those functions of the human that resembled the animal world like food, nutrition, and reproduction were left out from the Centre of human knowledge. Only those aspects of the human beings that are specific to our species being like language, justice, and the fight for it were considered the proper domain of human investigation. Hence, the difference between human-historical time and the time of geology thus never bothered us. History became the study of human consciousness.

The irony is in their attempt to transcend nature, humans made an abrupt fall into nature, allowing fundamental earthly forces to dictate their lives and unleashing the beast of geophysical forces that cannot be controlled by human endeavor. The pandemic moves around the world at great speed while climate change is a slow process occurring over centuries. Only a drastic reduction of the global population to half the present number in the next 30 years and a practice of ascetic life can save the planet. It is difficult but not impossible. The textures of our comportment as we conduct our lives and engage in different transactions with not only humans but nature at large deserves its due importance. This is the domain of spirituality. Today’s politics begins from here.