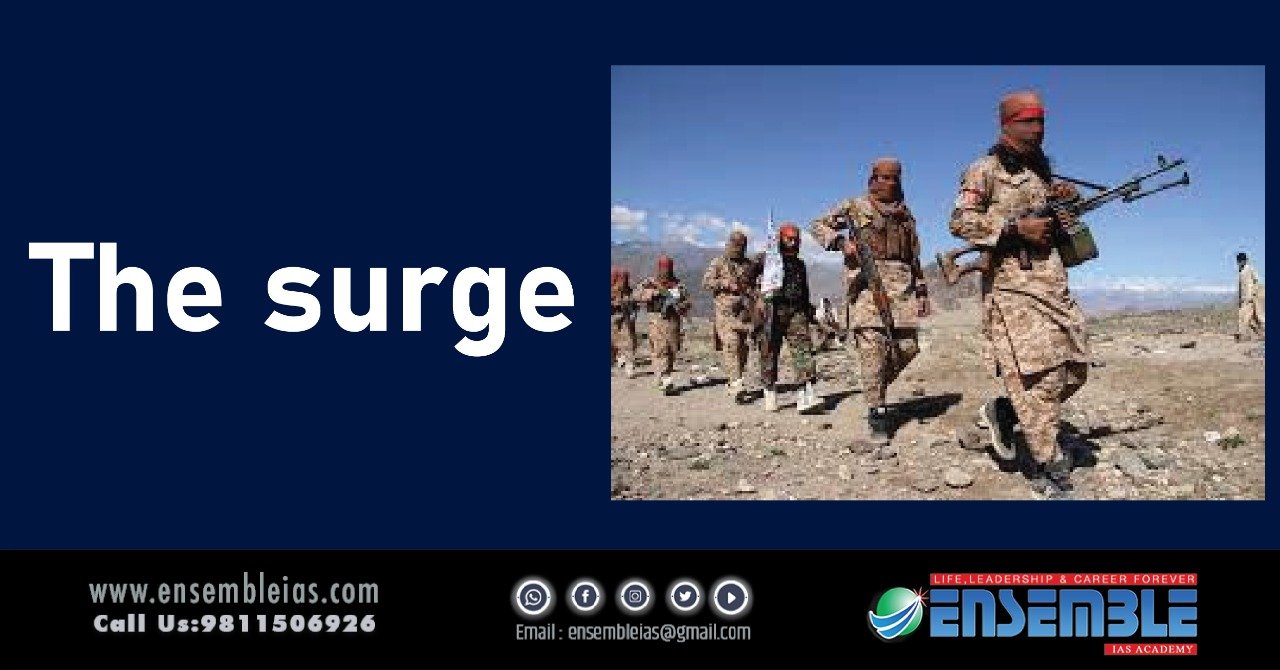 The Surge: The Taliban should not be allowed to take control of Afghanistan through bloodshed

The rapid territorial gains made by the Taliban over the last two months should worry both the Afghan government and the regional powers who are invested in the country’s long-term stability. The Taliban started their latest offensive on May 1, the day the remaining U.S. troops started withdrawing as part of President Joe Biden’s plan. With 90% of U.S. withdrawal complete, the Taliban have taken control of 195 of Afghanistan’s 407 districts, and are contesting 129 others.

Most of their recent victories are in the northern provinces of Badakhshan and Takhar, which had resisted Taliban rule in the 1990s. In several northern districts, Afghan troops have either surrendered or retreated. If the north, home to Afghanistan’s elite power brokers and leaders, is lost, the risk of a total collapse of the government in Kabul would increase. The government still controls most of the provincial capitals and cities but are practically surrounded by the Taliban. Given the pace of the Taliban’s advancement in the countryside, it is possible they could launch an offensive to take the population centres once the foreign troops are out.

The Taliban’s strategy is still not clear. Their political office in Doha, which started peace talks with Afghan government representatives in September 2020, continues to say they are committed to the dialogue. But on the battlefield in Afghanistan, they continue a relentless campaign aimed at capturing more territories. Part of the problem was the total abdication of leadership and responsibility by the U.S., which invaded Afghanistan 20 years ago. When direct talks between the U.S. and the Taliban began, the U.S.’s focus was not on finding a peaceful settlement to the crisis that it partly created, but on exiting the war. Therefore, instead of putting pressure on the Taliban to extract concessions, the U.S. struck a deal with them, completely ignoring the concerns of Kabul. Now, the Taliban are much more powerful on the ground and even if the peace process is revived after American pullout, they would negotiate from a position of strength. But that should not stop Kabul and regional powers China, Russia, Iran, Pakistan and India from seeking a political settlement.

Also Read: Abide by the SC’s verdict on Section 66A

A violent takeover of the country by the Taliban, like in 1996, would not serve anybody’s interests. The Taliban would also not find international legitimacy if they capture Kabul through bloodshed. Afghan’s past experiences suggest that one-party regimes — the communist regime, Mujahideen or the Taliban — failed to stabilise the country or sustain themselves in the long term. Now that the invading troops are exiting Afghanistan, the warring parties’ focus should shift towards settlement and building lasting structures of power. Else, Afghanistan would fall into another cycle of violence.