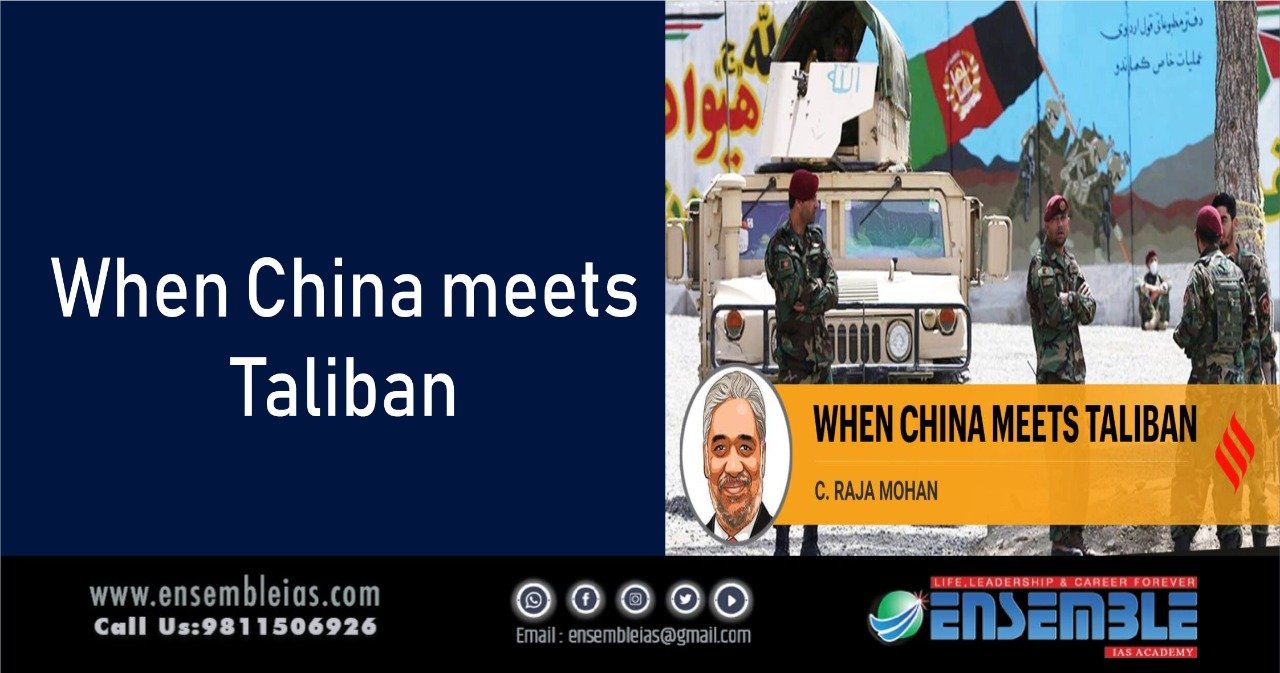 Demands on Beijing to help stabilise Afghanistan are growing. Will they work?

Neither the prospect of mining Afghanistan’s natural resources nor the vanity of being the newest superpower will compel China to rush into the Afghan vacuum.

Amid the gloom that has enveloped Afghanistan, one hope for many countries has been China’s potential role in stabilising it. But can China succeed in the “graveyard of empires” where others — Britain, Russia, US — have got their comeuppance?

Might the Chinese focus on economic development do the trick in Afghanistan where the military approaches of Russia and America have failed miserably? Can Chinese capital seduce the Taliban and nudge it towards political moderation and economic modernisation?

While Beijing has been cautious, the demands on China to save Afghanistan are growing. Washington, now locked in an escalating confrontation with Beijing, sees Afghanistan as a potential area of bilateral cooperation. Russia, whose partnership with China has never been as good, has a common stake in preserving the stability of frontiers with Afghanistan.

There was a time when even Delhi thought that Afghanistan would be a natural area for India and China to work together. But little came out of the understanding after the Wuhan summit between Prime Minister Narendra Modi and the Chinese leader, Xi Jinping, in 2018. Afghanistan’s northern neighbours, Turkmenistan, Uzbekistan, and Tajikistan all have expanding political and economic ties with China but have traditionally relied on Russia for their security. They might support a larger role for Beijing in Afghanistan in partnership with Moscow. Iran, Kabul’s western neighbour, also has deepening ties with China.

Beijing is indeed critical in Pakistan’s plans for Afghanistan. China’s emergence as a great power is the main difference between 1996, when the Pakistan Army installed Taliban in Kabul, and its ambition for a repeat in 2021. Left alone to preside over Afghanistan’s destiny in the late 1980s when Russian troops withdrew and America turned its back, Pakistan saw visions of leveraging the strategic depth in Afghanistan to enhance its regional power.

Such was Pakistan’s sense of triumphalism that Prime Minister Nawaz Sharif landed in Kabul with a large delegation in April 1992 within 24 hours of the Mujahideen gaining control. That the Pakistani delegation did not bother to ask for visas showed the kind of relationship Rawalpindi wanted with Afghanistan.

Why couldn’t Pakistan turn its victory into long-term gain — either after the Russia supported regime collapsed in 1992 or the installation of Taliban in 1996? One answer is that Pakistan had little to offer Afghanistan except religious extremism. It had no agenda for rebuilding a nation that had seen two decades of civil war. This time around, though, Pakistan has China, which has the economic resources and political will to invest in the reconstruction of Afghanistan. The extension of the China-Pakistan Economic Corridor, the showpiece of President Xi’s Belt and Road Initiative, west of the Durand Line, would seem the easiest way to begin.

Afghan leaders have also been eager to draw China’s BRI into their plans for economic modernisation. During their engagements with Chinese leaders, both Hamid Karzai and Ashraf Ghani pressed Beijing to invest in Afghanistan. China was also important for Kabul’s political calculus in limiting Pakistan’s quest for dominance. The US was too dependent on Pakistan for sustaining a large military presence in Afghanistan. India never had the capability to overcome Rawalpindi’s huge geographic advantages in Afghanistan. Kabul hoped that China as a close partner of Pakistan was in the best position to restrain Rawalpindi.

Beyond Afghanistan, many would be willing to bet that a combination of Chinese economic power and Pakistan army’s mentorship of Taliban provides a solid basis for the deliverance of Afghanistan from four-and-a-half decades of conflict.

There are two problems with this thesis. The first relates to the deep sources of caution in Chinese policy. Neither the prospect of mining Afghanistan’s natural resources nor the vanity of being the newest superpower will compel China to rush into the Afghan vacuum. China knows that the Taliban is yet to gain control of Kabul and other Afghan cities. Nor can Beijing assume that stability will prevail soon after Taliban victory.

Last week in Dushanbe, Chinese Foreign Minister Wang Yi signalled a tilt towards Kabul rather than Taliban. He lauded Kabul for its “efforts to maintain national unity and promote social stability” and demanded that Taliban give up its support to terrorism. “As a major military force in Afghanistan”, Wang said, Taliban “should recognise its responsibility toward the country and the nation, make a clean break with all terrorist forces and return to Afghanistan’s political mainstream with a sense of responsibility”.

Sceptics would say China can afford to take a principled position while its partner Pakistan is pushing for a Taliban victory on the ground. That cynicism, however, underestimates the intensity of Chinese concerns on Taliban’s ideology and its potential role in fomenting instability in its restive Muslim-majority province, Xinjiang.

In the last few days, the Taliban did indeed promise not to let Afghan soil be used against China. It has also welcomed Chinese investments in Afghanistan. But Beijing is not naive enough to take the Taliban’s statements on face value. Nor can Beijing bet that its special relationship with the Pakistan army will guarantee the security of China’s frontiers as well as its investments in Afghanistan. The growing attacks on CPEC projects in Pakistan, including one in Kohistan last week killing nine Chinese citizens, underline the difficulty of pursuing economic development amid endemic violence.

The second set of problems relate to the Taliban. Is economic development of Afghanistan a top priority for the Taliban? Is it open to letting in foreign capital and all the baggage that comes with it? In his Eid message on Sunday, Taliban chief Mawlawi Hibatullah Akhundzada promised that Taliban wants “good, strong diplomatic, economic and political relations” with the world and that it will not allow anyone to use its territory to threaten the security of other countries.

It remains to be seen if this a tactical response to the growing concerns in the world about its return to power or a genuine commitment. More fundamentally, there is no clarity on the role of economic modernisation in Taliban’s fierce insistence on the creation of an Islamic emirate in Afghanistan. The idea that money can buy Taliban’s love is not new. When the Taliban was in power, the US oil company UNOCAL sought its support for building a natural gas pipeline from Turkmenistan but it did not appear too interested.

Seducing the Taliban might be a tall order even for Chinese capital that has shown enormous appetite for political risks and considerable success in “elite capture” in different parts of the world.