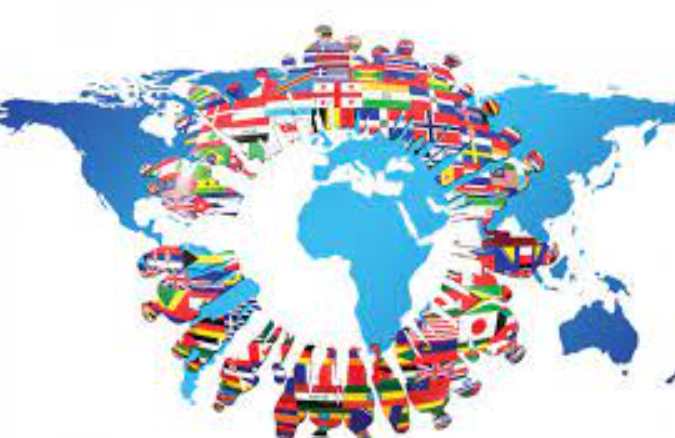 It’s an invaluable asset. India must not diminish its stock by weakening its democracy

During his invasion of India in the 4th century BCE, Alexander the Great had an amazing interaction with some Jain philosophers. According to Arian, the conqueror’s biographer, Alexander asked the sages why they were not being suitably deferential to him.

In response he received the following reply, also quoted by Amartya Sen in his book, The Argumentative Indian. ‘King Alexander, every man can possess only so much of the earth’s surface as this we are standing on. You are human like the rest of us, save that you are always busy and up to no good, travelling so many miles from your home, a nuisance to yourself and to others! … You will soon be dead, and then you will own just as much of the earth as will suffice to bury you.

The Jain thinkers may not have known it, but in that reply they laid the foundations of India’s enduring soft power. To give such a fearless reply to the mighty Alexander, unafraid of the consequences, was a blow for the courage of conviction, the cerebral insouciance, and the freedom of expression that we’ve always valued.

Of course there’ve been exceptions to this norm, but by and large, we’re by inheritance and practice, a civilization that believes that brute power can’t decimate conviction, that the pageantry of power is transient, and that apparently invincible rulers must bend before the resilience of the courage to oppose. Incidentally, Alexander didn’t harm the Jain monks, but expressed admiration for their audacity.

The concept of soft power was introduced in the 1980s by Joseph Nye of Harvard University. He further elaborated on it in his seminal book, Soft Power: The Means to Success in World Politics, in 2004. Essentially, what Nye stressed was that unlike hard power, such as defence capabilities which intimidate, and economic prowess which incentivizes profits, soft power succeeds by shaping the preferences of others through the more intangible tools of appeal and attraction. He didn’t posit soft power against hard power. Countries, he argued, need both, as indeed India does too.

In the modern world, soft power has two key components, culture and political values. The attraction of a nation’s culture is, of course, easy to understand, and India, as an ancient civilization, has a huge treasure house of cultural assets. But, even more importantly, India is respected for its values of democracy, openness, diversity of thought, respect for all religions and freedom of expression.

India’s soft power calling card to the world is that, along with its rich cultural inheritance, it’s the world’s largest practicing democracy. In this sense, the Indian experience is unique compared to most other formerly colonized developing nations, or newly emergent superpowers like China, which are seen as autocratic. The appeal of India is that it’s a working laboratory for the success of inclusive democracy against all odds.

When organizations such as Sweden’s V-Dem now call India an electoral autocracy, or Washington’s Freedom House index says we are only ‘partly free’ as a democracy, we can either indignantly shoot the messenger and insinuate an international conspiracy to malign India, or look inwards, especially since we’re effusive about similar international agencies when they give us a good rating. We don’t need certificates from abroad, but is it not worth pondering why till recently the same agencies thought we’re a robust democracy? Has something happened to make them change their assessment?

India’s soft power attraction is dented when parliamentary bills affecting millions of farmers are rammed through without proper discussion or adequate consultation with stakeholders. India’s appeal as an open society is questioned when too many journalists either embarrassingly kowtow to the government or are pilloried on charges of sedition for reports critical of the government.

India’s respect dwindles when government enforcement agencies unerringly target political opponents of the government. India’s claim to internal cohesion takes a hit when the entire opposition says the government is practicing ‘coercive federalism’. India’s creative freedoms are doubted when the artistic community is seen to be coerced into conformity. India’s self-esteem takes a dip when 150 leading academics from Yale, Harvard, Columbia, MIT, LSE – among others – write to protest the resignation of a professor who became a ‘political liability’ only because he critiqued the government.

India’s image of an inclusive civilizational society is eroded when it becomes clear that there’s a cynical agenda to engender religious strife for short term political gains. And, India’s credibility as a mature democracy becomes a laughing stock when elected CMs of states give divine status to their supreme leader, the Prime Minister, and equate him with Shri Krishan and Shri Ram.

Ultimately, the soft power quotient of a country is not about the effectiveness or otherwise of government propaganda. It’s about perception, of how others inherently see you. Civilizations are judged not only by artefact, merchandise or arsenal, but by what they stand for, the spirit that animates them. The memory of the irreverent Jain philosophers would’ve stayed with Alexander. Even today, that refusal to bow before the arbitrary predatoriness of authority, and the ability to speak truth to power, will remain the essence of India’s soft power.