In this episode of India’s World focuses on the status of ties between India’s World India Vietnam Relaions.. India and Vietnam held delegation-level talks at Hyderabad House in Delhi. While the Indian delegation was led by Vice President Venkaiah Naidu, his Vietnamese counterpart Dang Ngoc headed the Vietnam team. Dang was on a three-day visit to India. During the visit, Vietnamese budget airline Vietjet announced the operation of five new routes connecting India and Vietnam. India’s World India Vietnam Relaions. Starting 14 May 2020, the New Delhi-Da Nang route will commence operations with a frequency of five flights per week. New routes connecting Mumbai with Hanoi and Ho Chi Minh City will operate with three weekly flights and four weekly flights from May 15, 2020, and May 16, 2020, respectively. Currently, the airline operates flights from and to New Delhi, Ho Chi Minh City and Hanoi at a frequency of four flights per week and three flights per week respectively. Vietnam is also seeking to boost its farm produce exports to India to alleviate the impact of coronavirus on the Southeast Asian country’s trade with China, its largest trading partner.

The Republic of India and the Socialist Republic of Vietnam enjoy strong bilateral relations. 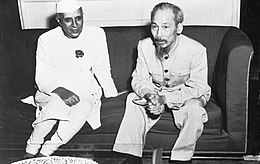 Cultural and economic links between India and Vietnam date back to 2nd century. The Indic Chăm Pa kingdom had some influence on Vietnamese music. In contemporary era, relations between India and Vietnam have been governed by several areas of shared political interests. India strongly condemned U.S. action during the Vietnam War and was also one of the few non-communist countries to assist Vietnam during the Cambodian–Vietnamese War.