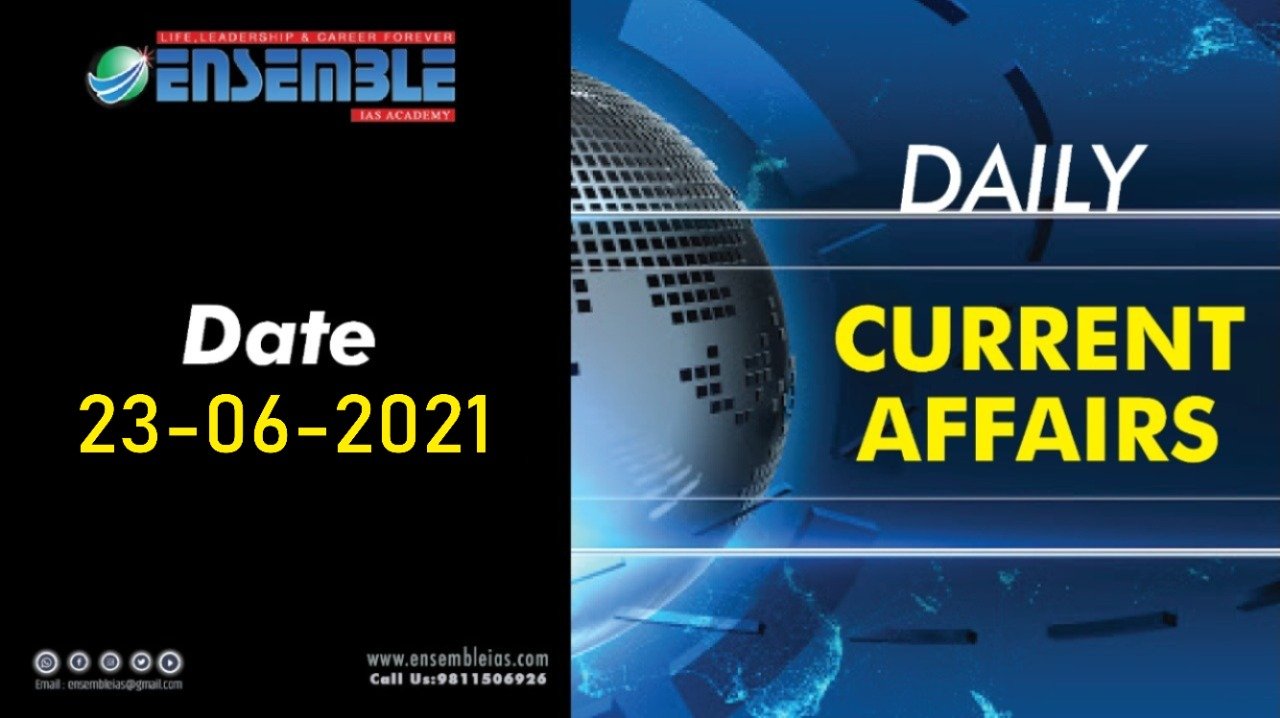 Consider the following Statement regarding it.

Q- Which Union Ministry is to set up ’Divyangta Khel Kendras’?

a) Sports and Youth Affairs Ministry

b) Social Justice and Empowerment Ministry

The Union Minister for Social Justice and Empowerment Thaawarchand Gehlot on June 20, 2021, announced the setting up of 5 Divyangta Khel Kendras in various parts of the country.

Distribution of aids and assistive devices to Divyangjan in Gujarat:

Q- Which Indian State is the Only state to have all three species of crocodiles.

Odisha: Only state to have all three species of crocodiles

Assam signs MoU with Survey of India to implement Svamitva

1-  It has the capability to shoot down drones.

2- Atmospheric thermal blooming is a major problem of high-power Laser.

3- It is a prototype developed with Elbit Systems

What is a laser weapon?

1- The rules have separate specified provisions for marketplace- and inventory-based entities.

3- The Consumer Protection (E-commerce) Rules, 2020 are mandatory and are not advisories.