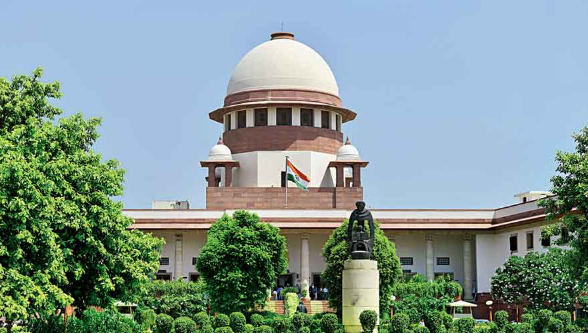 The new Chief Justice must seriously introspect and review the actions of his immediate predecessors, free himself of the bias in constituting benches and allocating cases and take concrete steps to revitalise the administration of justice.

On April 24, Justice N V Ramana will be administered the oath of office by President Ram Nath Kovind. Justice Ramana will swear in the name of god/ solemnly affirm to “bear true faith and allegiance to Constitution of India as by law established; uphold the sovereignty and integrity of India; duly and faithfully and to the best of [his] ability, knowledge and judgement perform the duties of the office without fear or favour, affection or ill-will and uphold the Constitution and the laws”. The framers of the Constitution understood the importance of the oath of office of judges of the Supreme Court of India (SC) and carefully designed its language. The words, “without fear or favour” to “uphold the constitution and the laws” are extremely significant and stress the need for a fiercely independent court. Article 50 of the Constitution provides: “The State shall take steps to separate the judiciary from the executive in the public services of the State.” In the Constituent Assembly debates, K T Shah, perhaps fearing for the future, moved an amendment on December 10, 1948, to this Article proposing a “separation of powers as between the principal organs of the State, viz., the Legislative, the Executive, and the Judicial.”

He feared that “…so long as you have not merely the combination of the Judiciary and the Executive, but also the possibility of translation from a high judicial office to an equally high or sonorous executive office; so long would your Judiciary be open to suspicion, so long your administration of justice would suffer by personal privileges or personal ambitions, and so long, therefore, you will not be able to maintain your civil liberties to the degree and in the manner of purity that is highly desirable in a country like this.”

Shibban Lal Saxena said: “In regard to this, I heard one of the most eminent authorities in the Assembly say ‘Today the High Courts are not independent; they are influenced by the political consequences of their actions’… I hope in future our Supreme Court will be free from these influences and that they will do what is necessary and observe the principles inherent in this Constitution.” B R Ambedkar rejected this, assuming separation as a foregone conclusion. On May 24, 1949, while debating Article 103 (Now Article 124), Ambedkar rejected the amendments suggested by the members stating that the “judiciary decides cases in which the Government has, if at all, the remotest interest, in fact, no interest at all. The judiciary is engaged in deciding the issue between citizens and very rarely between citizens and the Government. Consequently, the chances of influencing the conduct of a member of the judiciary by the Government are very remote”.

History shows that even a great man can be wrong. Today, the judiciary, especially the SC, is called upon to decide a large number of cases in which the government has a direct interest. These can be politically sensitive cases too.

The Chief Justice of India is the first amongst the equals but by the virtue of his office assumes significant powers as the Master of the Roster to constitute benches and allocate matters. The SC has re-affirmed this position in a rather disappointing decision in Campaign for Judicial Accountability and Reforms v. Union of India, (2018) with Chief Justice Dipak Misra presiding. The result has been catastrophic. Many matters were either treated casually or deflected for no reason from serious hearing.

The SC is expected to seek strict accountability from the legislature and executive and any infraction of the Constitution and laws must be corrected. Yet, this is not happening. A country of billion-plus needs its highest court to stand for the people, not seemingly for the executive of the day. Perhaps, judges need a gentle reminder that the Preamble to the constitution begins with the words, “We, the people of India…. enact and give to ourselves this Constitution”. The power of the judges comes from the people, like the executive and the legislature.

On the eve of the appointment of Chief Justice S A Bobde, I had written in an article (‘Raise the bar’, IE, November 6, 2019 ) about the hopes and fears arising from his appointment. My hopes have been dashed and fears have come true.

The judiciary is besieged by inherent and fundamental challenges. Millions of pending cases, quality of judges and their decisions, organisational issues and its integrity and impartiality, need urgent attention. Yet, in the last two decades precious little has been done. Justice is eluding the common man, including the vulnerable sections of society as Justice Ramana observed.

The new Chief Justice must seriously introspect and review the actions of his immediate predecessors, free himself of the bias in constituting benches and allocating cases and take concrete steps to revitalise the administration of justice. Only then will the rule of law be restored and the Constitution served. In the NJAC judgment (2015), Justice J S Khehar observed that “it is surprising that the Chief Justice of India on account of the position he holds as paterfamilias of the judicial fraternity, and on account of the serious issues that come up for judicial adjudication before him, which have immeasurable political and financial consequences, besides issues of far-reaching public interest, was suspected by none other than Dr B R Ambedkar…” Khehar then asked a rhetorical question: “Was the view of the Constituent Assembly, and the above-noted distrust, legitimate?” I do not doubt that the conduct of Chief Justices in the recent past has justified that distrust. Let us hope the new Chief Justice makes serious efforts to prove otherwise.