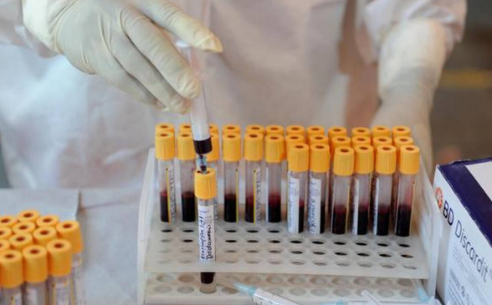 Vaccine nationalism by rich countries will be counterproductive in the long run. The International Chamber of Commerce has predicted that if developing nations do not receive the required doses of the vaccine, the global economy will suffer losses of up to $9.2 trillion

Read More: A Court in Crisis

There can be no doubt that the most effective weapon against the Covid-19 pandemic is to vaccinate as many people as we can in the shortest possible time. We cannot even begin to think that we have won half the battle until at least 70% of the world’s population is vaccinated. But this doesn’t seem possible as things stand now. For India, the situation is particularly grim given the soaring number of cases and the United States (US) placing restrictions on raw materials for vaccine production.

The reason why vaccines are not either easily available or affordable to everyone, especially the underprivileged, is because of vaccine nationalism, which is seeing countries buy up vaccines at a rapid rate with many of them now having supplies far above their requirements.

The West has focused on “the developing world” largely to exploit cheap labour. When labour became expensive in Europe and the US, a majority of multinational companies from these places turned to China. At that time, the world’s most populous country was desperate to pull itself out of poverty. Despite its avowedly Communist ideology, the proposal by various European countries, under the tutelage of the US, to set up factories in China was welcomed by its leadership.

Though communism and capitalism made for strange bedfellows, they proved hugely beneficial to China.

Today, it has a significant presence on the world stage and has emerged as a strong challenger to the US in economic terms. The tensions between the US and China are, in the view of some experts, akin to the beginning of a second Cold War. But before this spiraled out of control, the coronavirus, which originated in Wuhan, shattered the world as we know it. It ripped through continents, shutting down businesses, stopping cross-border commerce and putting the brakes on socializing. The lengthy lockdowns slowed down the process of globalization.

The US, the United Kingdom (UK) and other developed nations rushed in to corner the bulk of vaccines for their citizens. According to the British Medical Journal, at the outset of the pandemic, the US booked 800 million doses of the vaccine with six vaccine-manufacturing companies with a provision for a billion more doses. The population of the US is 331.42 million which means that it has far more than its needs. The same is the case with the UK. The Boris Johnson government has made arrangements for five doses per citizen. This is detrimental to poor countries in Africa and developing nations like India.

India has a population of 1.4 billion. To vaccinate 70% of its people, it will need as many, if not more, doses than the US has made provisions for. A degree of immunity kicks in only after two doses of the vaccine. Prime Minister (PM) Narendra Modi’s active initiative has led two companies in Pune and Hyderabad to begin manufacturing the vaccine some months ago. The material required for the Serum Institute of India in Pune to manufacture the vaccine has been restricted by the US. The CEO of the company, Adar Poonawalla, has requested President Joe Biden to lift these restrictions, but so far he has not done so.

Hopefully, the World Health Organization (WHO) and the Indian government will be able to put enough pressure on the US to make it see reason. Meanwhile, Bharat Biotech has announced that it has increased manufacturing with help from the Centre. This is a positive step, but experts feel it will take months to manufacture the required amount of doses.

And it is not just vaccines. Patients need oxygen, hospitals, and ventilators. PM Modi has assured the nation that this is being given top priority. It would have been of great help if the rich countries that benefit from India’s cheap labour had offered a helping hand. WHO predicts that only 37 countries will be able to achieve the desired vaccination goals. We may have to wait till the end of 2022.

Vaccine nationalism by rich countries will be counterproductive in the long run. The International Chamber of Commerce has predicted that if developing nations do not receive the required doses of the vaccine, the global economy will suffer losses of up to $9.2 trillion. It will cost around $25 billion to provide enough vaccines to all poor countries.

The head of WHO, Dr. Tedros Adhanom Ghebreyesus, has rightly pointed out that if the poor and middle-income countries do not get vaccines, it will be impossible to bring the global economy back on track. That is why it is in the interest of all nations to ensure the equitable distribution of the vaccine in an interdependent world. The WHO chief’s statement in this regard is pertinent — the priority should be to vaccinate some people in all countries rather than all people in some countries.

But will the rich and powerful countries see the wisdom in this?