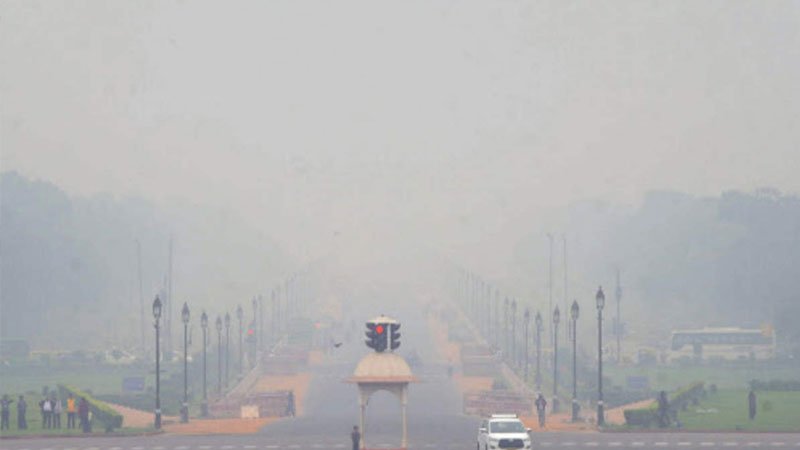 This month, Delhi-NCR has seen dramatic variation in pollution levels, suffering noxious smog one day and enjoying crisp sunshine just 24 hours later. Clearly, even though pollution is mainly a by-product of fossil fuel emissions and other human activities, weather determines air quality on any given day more than any other factor. Amit Bhattacharya explains how the interplay of key weather variables decide the quality of the air you breathe. One thing is for certain though, the factors controlling the weather won’t change. The only way to bring down pollution is to reduce fossil fuel emissions, biomass burning and control dust.

Pollutants tend to pile up in calm conditions, when wind speeds are not more than about 10kmph. Speeds of 15kmph or more favour dispersal of pollutants, which, literally, clears the air. Winds of up to 35kmph brought AQI down from 458 (‘severe’) on November 15 to 215 (‘poor’) in less than 48 hours in Delhi.

Which way the wind blows is as important as the speed. In stubble burning season, northwesterly winds of moderate speeds transport smoke from farm fires in Punjab and Haryana to NCR and beyond. In December January, easterly winds can push pollutants from Indo Gangetic plains to NCR .

In general, overcast skies lead to cool days and low mixing heights while sunny days have the opposite effect Most smog episodes in NCR this month coincided with cloudy skies. Low clouds increase humidity, which can lead to fog formation.

Rain washes away pollutants and can quickly clean the air. However, wet spells leave behind high humidity, which can lead to fog under calm winds. Fog increases pollution as water droplets act as secondary particles interacting with pollutants. On November 2, very light rain (0.5mm) in Delhi led to thick smog the next day, sending AQI shooting up to 494. It was the second worst pollution episode in Delhi since 2015.

Western Disturbances are pulses of west moving low pressure originating close to the Mediterranean. Usually bring cool, moist winds that strike the Himalayas, often resulting in rain/snow. When a Western Disturbance nears the region, wind speeds decrease over the plains, leading to build-up of pollution. As Western Disturbance moves east away from NCR, strong westerly winds sweep through cleaning up the foul air. All smog spells this month coincided with Western Disturbances.