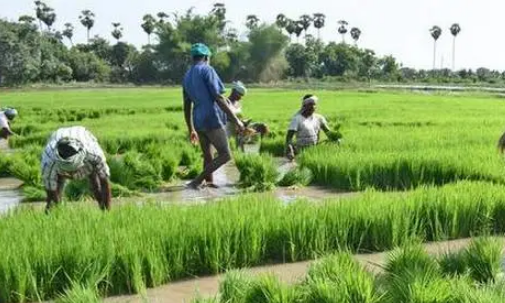 Lifesaving vaccines such as Covishield and Coaxing are products of modern biotechnology, as are drugs developed in recent times for treating many ailments. The potential of genetic engineering is immense, with gene editing opening up the possibility of cures to hereditary diseases. Similarly, genetically modified (GM) crops are making big strides in bringing about improvement in crop productivity across farming nations.

By 2019, the area under precision agriculture of GM crops had increased 112 times from 1996, when the first biotech crop was introduced, making it the fastest adopted crop technology in recent years. During 2019, 79 per cent of cotton; 74 per cent of soybean; 31 per cent of maize and 27 per cent of canola acreages globally were under biotech crops, apart from varying acreages under 28 other smaller crops. A number of independent studies are available on the socioeconomic and environmental benefits of biotech crops. One such study estimated that net global farm income increased by $ 186 billion in 20 years. That helped alleviate poverty of over 16.5 million farmers globally and led to a 8.2 per cent reduction in global consumption of pesticides.

Read More: India and Russia look for a reset

But Cotton, the only GM crop introduced in India in 2002, transformed India’s cotton sector, as cotton productivity almost doubled in six years. India’s share in the global production of cotton increased from 12 per cent in 2002 to 25 per cent by 2014. From a net importer of cotton, India became the second-largest exporter of cotton.

Following approval for GM cotton, several organizations invested resources and efforts in new crop biotech traits, hoping for similar transformational changes in Indian agriculture. But brinjal was one such technology recommended for commercialization in October 2009, after it completed regulatory evaluation in seven years, and is still under moratorium. Meanwhile, the technology has been adopted in Bangladesh. One study in 2018 stated that net returns of Bangladesh farmers increased six-fold from But brinjal, and pesticide usage on brinjal went down by 61 per cent.

Another such stalemate is on GM mustard. India imports over 65 per cent of her edible oil requirement, as Indian oilseed yields are almost stagnant. This costs over $10 billion annually, with imports growing over time. Mustard is one such oilseed crop. But a high yielding mustard variety developed indigenously using biotech is yet to be approved for commercialization. The regulatory system for crop biotech is inactive, with even periodic meetings of the regulatory committee being avoided. This has resulted in serious reduction in biotech research in recent years.

This impasse is due to irrational opposition to GM crops based on ideology rather than science. India imports over 15 million tonnes of edible oil annually, of which over 25 per cent comprises soy oil and canola oil (a variant of mustard oil), which are from GM soybean and GM canola grown all over America. Over 95 per cent of cotton grown in India being But cotton, we consume about 1.4 million tonnes of cotton seed oil produced from GM cotton. However, there is opposition to making available the same technology to mustard growers. On the matter of safety and efficacy of biotech crops, over 100 Nobel laureates collectively issued a statement in 2016, vouching for it.

It is high time Indian agriculture transforms into precision agriculture by using modern tools of biotechnology. The farmers’ agitation is also a reflection of deep anguish of the farming community about the growing chasm between agricultural income and income from other economic sectors. Farm income is a function of market prices and cost of production. While Indian market prices for major agricultural commodities are influenced by international prices, cost of production is a function of crop productivity. The current productivity of most of our crops is much lower than global averages. It is in this context that apart from reforms in the market and supply chain, we need to make available the best technologies to our farmers. Agriculturally developed countries are rapidly adopting new frontiers of precision agriculture tools, like CRISPR CAS9. It will be most appropriate, as has been the case with the COVID vaccines, if crop biotech, especially But Brinjal and GM mustard, is accorded similar sense of priority to improve competitiveness of Indian farmers and boost their income.