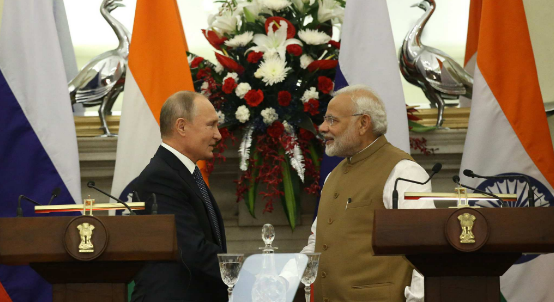 It was clear from Russian Foreign Minister Sergey Lavrov’s ‘working visit’ to India two weeks ago that India-Russia relations are not quite the flavor of the season.

Mr. Lavrov’s principal objective was to prepare the ground for the visit of President Vladimir Putin later this year. The break in 2020, after 20 annual summits, had provoked speculation, partly flowing from Mr. Lavrov’s criticism last year of a U.S.-led Indo-Pacific policy, drawing India into “anti-China games” and undermining the India-Russia partnership. A few weeks earlier, Mr. Putin had extolled the vibrancy of Russia-China defence cooperation. These remarks encouraged the advocacy for a shift of India’s foreign policy away from a weak and China-tethered Russia and towards the U.S.

Same narrative
The joint media appearance of Mr. Lavrov and External Affairs Minister S. Jaishankar did not change the narrative. They said their talks were warm, comprehensive and productive; they mentioned the time-tested friendship, energy projects, defence cooperation and Russian support for India’s manned space programme. They glossed over their divergent perspectives on Afghanistan. Phrases like “identical or similar views” did not carry much conviction. Much more eloquent than fine words was the fact that, for the first time in all his visits to India, Mr. Lavrov could not meet Prime Minister Narendra Modi.

Mr. Jaishankar said he conveyed the Indian perspective on the Indo-Pacific and Mr. Lavrov said they discussed the Asia-Pacific. “Indo-Pacific” continues to stick in Russian throats. India insists that its Indo-Pacific initiatives seek a cooperative order, that the Quad dialogue (of India, Japan, Australia and the U.S.) is not the nucleus of a politico-military alliance, and that it never subscribed to the Trumpian posture (now under review by the Biden administration) of military confrontation with China. A $1 billion Indian line of credit for projects in the Russian Far East and activation of a Chennai-Vladivostok maritime corridor were announced when Mr. Modi and Mr. Putin met in 2019. The message was that India’s effort to restrain Chinese aggression is compatible with Russia’s vision of a Eurasian partnership. Russia remains unconvinced, either because it feels India’s words do not match its actions or because of its close ties with China.

As India-China tensions have grown, so have India’s concerns about Russia’s China embrace, encompassing close political, economic and defence cooperation (Russia accounted for 77% of China’s arms imports in 2016-20). India’s apprehensions about their technology- and intelligence-sharing were heightened by Mr. Putin’s remark that he would not rule out a future Russia-China military alliance. It is not clear whether he was stating a conviction, reassuring China or warning India and/or the West. Mr. Lavrov said in Delhi that Russia-China relations, though very close, are not “aimed at establishing a military alliance”. Mr. Modi would like this confirmation from the ultimate maker of Russian policy, when he meets Mr. Putin. He may also hear why Russia cannot see the logic of India’s Indo-Pacific actions.

Mr. Lavrov visited Pakistan directly after India — the first time a Russian Minister has done so. He received red-carpet treatment and met the Army Chief and the Prime Minister. He confirmed that Russia would strengthen Pakistan’s “counter-terrorism capability” — a euphemism used by the U.S. earlier for its weapons supplies to Pakistan. Russia is now Pakistan’s second largest defence supplier, accounting for 6.6% of its arms imports in 2016-20. Their cooperation includes joint “counter-terrorism” drills and sharing perspectives on military tactics and strategic doctrines.

At the same time, Russia remains a major supplier of cutting-edge military technologies to India. The Stockholm International Peace Research Institute (SIPRI) records that Russia supplied 49% of India’s arms imports in 2016-20. The proportion has been falling, as India diversifies its imports. Despite this, India’s second largest supplier, France, had only an 18% share. SIPRI estimates that recent orders for Russian arms could boost future import figures. This is a reality check. Defence cooperation is not a transactional exchange. Sharing of technologies and strategies is underpinned by a mutual commitment to protection of confidentiality. Sustainable defence cooperation is based on a credible assurance that what is transferred to our adversaries will not blunt the effectiveness of our weapons systems. In this already complex mix, the American sanctions legislation, CAATSA (Countering America’s Adversaries Through Sanctions Act), adds an external layer of complexity.

The criticality of geography in geopolitics is often underestimated. The Eurasian landmass to India’s north is dominated by Russia and China. Strategic and security interests in Central Asia, West Asia and Afghanistan dictate our engagement with the region and the connectivity projects linking it, like the International North-South Transport Corridor through Iran (that was discussed with Mr. Lavrov). India cannot vacate this space to a Russia-China condominium (with Pakistan in tow), without potentially grave security consequences.

The China angle
The Modi-Putin summit will tackle the “irritants” and, as before, will probably announce that perspectives have been reconciled. But such annual assertions do not convince the political, official, business, media and academic circles in the two countries, which have to sustain a major partnership.

The relationship has to be located in a broader geopolitical context. The principal element in this is the drive for superpower status of a powerful, assertive China. It is self-evident that the U.S., as the pre-eminent superpower, seeks to retard this process. In a deviation from classical geopolitical strategy, the U.S. is taking on both China and Russia (which is the lesser power, despite its military power and energy dominance), thereby driving the two together and arguably accelerating the move to bipolarity. Even so, the differentials in military, economic and political power across countries may complicate the emergence of two clear poles of the Cold War variety. A let-up in the Western hostility to Russia could add to the complexity, if Mr. Putin’s Russia takes the opportunity to loosen the Chinese embrace and position itself as a pole in the multipolar world.

India has to explore the space within these processes to maximize its global influence by steering clear of alliances and retaining autonomy of policy. The partnership with Russia will not have the salience of past decades, but will remain important for our continental interests and defence capability. The depth of the relationship will depend on the willingness and capacity of both countries to show mutual sensitivity to core security concerns.