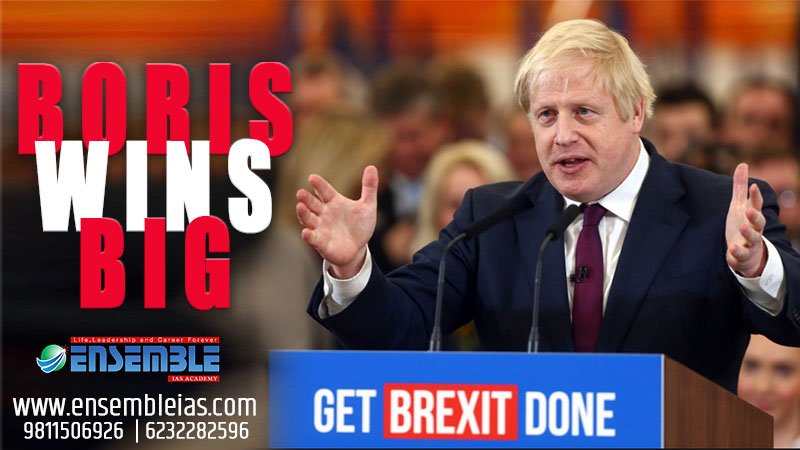 Boris Johnson and his Conservative Party have scored a massive victory in the British polls, ensuring that the UK will leave the EU by January 31. In winning 364 seats, the Tories now have a House of Commons majority of 78 – the biggest since Margaret Thatcher won a third term in 1987. Conversely, the Labour Party under Jeremy Corbyn has slumped to 203 seats – its worst defeat since 1935. Worse for Labour is the fact that many of its traditional bastions have fallen, with some of them voting for the Tories for the very first time. This clearly shows a disconnect between the Labour leadership and its support base.

There’s no denying that Brexit was the most dominant issue in this British election and Johnson successfully campaigned on getting Brexit done. Corbyn, on the other hand, promised a new Brexit deal, a new referendum and pledged to stay neutral. This was a politically suicidal position in an election animated by Brexit. Corbyn also didn’t help his cause by scoring self-goals such as his disparaging take on India’s revocation of Jammu & Kashmir’s special status – something that did not go down well with the British Indian community – and his push for nationalising swathes of the British economy.

Corbyn’s days at the head of Labour are numbered. But Johnson’s new stint as PM will be far from easy. He must now devote himself to delivering Brexit on the ground. This will involve very complex negotiations with EU to determine the future of the relationship between the two sides. Plus, the polls also saw significant gains by the anti-Brexit Scottish SNP. Not only does this show that the EU ‘remain’ vote remains significant but split, but also brings Scottish independence back to the top of the agenda. Navigating these tricky issues will be Johnson’s big challenge.