Climate meet For the next two weeks in Madrid, COP25 will be held in the shadow of a series of alarming climate reports. Will countries yield to pressure? What shape will rulebook for implementing 2015 Paris Agreement take?

The annual two-week climate change conference, known by the abbreviation COP25, begins in Madrid on Monday amid fresh warnings that the world has not been doing enough to save itself from catastrophic impacts of climate change. A series of reports from the Intergovernmental Panel on Climate Change (IPCC) and other agencies have been reiterating through the year that unless countries scale up their actions significantly, there is little hope of keeping average global temperatures within 2ºC higher than pre-industrial trends.

That, however, will not be directly on the agenda of the climate change negotiators, who will be meeting in Madrid with the prime objective of completing the rule-book to the 2015 Paris Agreement so that it starts getting implemented from next year.

What issues have these reports been highlighting?

The most dire and recent warning has come from the annual Emissions Gap Report, produced by the UN Environment Programme, that says that the goal of keeping average temperatures within 1.5°C from pre-industrial times, an aspirational target enshrined in the Paris Agreement, was “on the brink of becoming impossible”. To achieve that target, global greenhouse gas emissions in 2030 should not be more than 25 billion tonnes of carbon dioxide equivalent. But from the current rate of growth of emissions, the total is projected to touch 56 billion tonnes by that time, more than twice what it should be.

Accordingly, the world needs to reduce its emissions by at least 7.6% every year between now and 2030 to reach the 25-billion-tonnes level. Considering that overall emissions are still increasing, such major reductions are extremely unlikely unless the countries do something completely drastic.

On May 18 this year, the daily average carbon dioxide concentration touched 415 ppm for the first time ever. It has come down from that level since then.

Several other reports in the last few months, including three special reports by IPCC, and another major one on state of nature by Intergovernmental Science-Policy Platform on Biodiversity and Ecosystem Services, have all pointed to the deteriorating scenario. 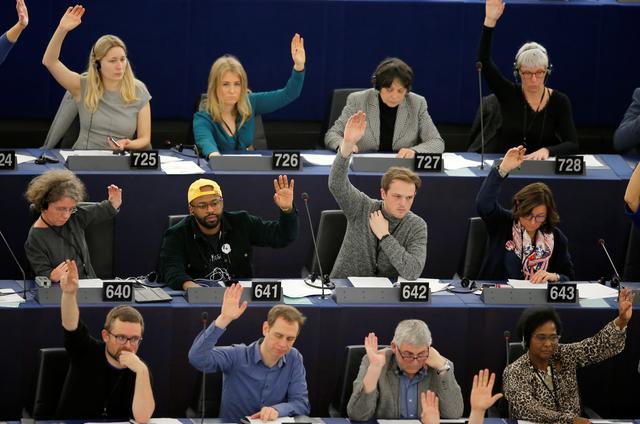 Will all this not come up at COP25?

While there would no doubt be pressure on countries meeting in Madrid to scale up their efforts, and some of them can indeed announce some additional measures or targets for themselves, the actual negotiation process is about settling the unresolved issues of the Paris Agreement rulebook.

The rulebook, which contains the processes, mechanisms and institutions through which the provisions of the Paris Agreement would be implemented, had been finalised in Katowice last year. But some of the issues had remained unresolved and had left for negotiators to settle over the next one year. The most important one relates to the tussle over new carbon markets to be created under the Paris Agreement.

A carbon market already existed under the 1997 Kyoto Protocol, the earlier climate agreement that will expire next year and get replaced by Paris Agreement. In the last one decade, as several countries walked out of the Kyoto Protocol and no one was feeling compelled to meet their emission reduction targets, the demand for carbon credits had waned. As a result, developing countries like India, China and Brazil had accumulated huge amounts of carbon credits. These credits are now in danger of getting redundant.

What happens to the carbon credits already accumulated?

Brazil has been arguing that these accumulated carbon credits should remain valid under the new carbon market to be instituted. But the developed countries have been resisting this, claiming that the weak verification mechanisms under the Kyoto Protocol had allowed dubious projects to earn credits. India, which has accumulated 750 million certified emission reductions (CERs), is backing Brazil’s position on this.

Resolution of this tussle is key to the success of the Madrid meeting. But there are other pending issues as well, like those related to ensuring transparency in the processes, and methods of reporting information. Developing countries will also try to ensure that there is greater appreciation and recognition of the issue of loss and damage. They are trying to institute a mechanism to compensate countries that suffer major losses due to climate change-induced events like cyclones or floods.

What about commitments by countries?

The conference will be most keenly watched for the resolve that countries show in scaling up their efforts to fight climate change. Over the last few months, there has been growing pressure on countries to do more, especially the big emitters. The pressure has yielded some results with at least a few countries promising to commit to long-term action plans. So far, a total of 71 countries, most of them small emitters, have committed themselves to achieving net-zero emissions by 2050.

It is expected that some more countries would do so at the Madrid conference. However, the most crucial players — China or India — are widely being seen as unlikely to announce any enhanced targets. These countries have been arguing that their current efforts are already much more than what they should have been asked to do, while many other rich and developed countries, which are mainly responsible for creating the climate problem, are doing proportionately less, especially when it comes to providing finance and technology to the less developed world.