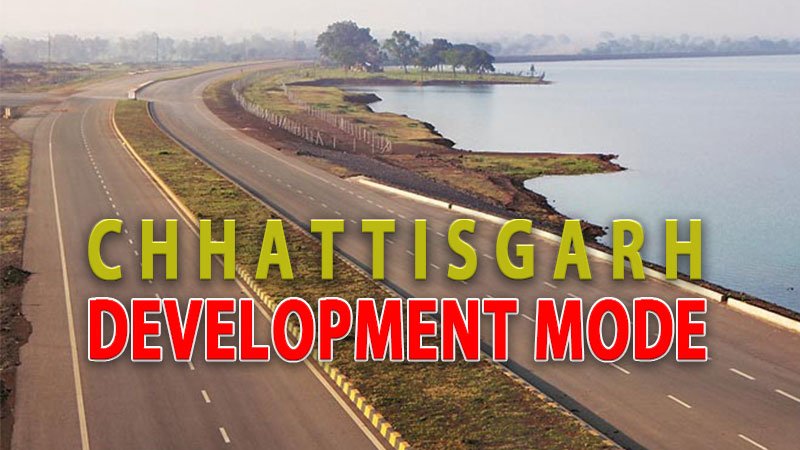 Chhattisgarh: Recognising the right of the marginalised to natural resources, and focusing on the rural economy, is key.

As debates on the economy intensify, there is a range of questions that need to be asked. Is development being pursued at the cost of the environment? Who is it targeted at? Are people benefiting from it?

The current model of development is not resulting in equitable distribution of resources for everyone. It rewards only a few people. It undermines nature. And it is both unsustainable and risky. As the environment gets more damaged, the contribution of natural resources will decrease, and this will hurt the economy.

Thus, it is absolutely essential to create a new strategy, which focuses on the nation’s natural capital. At the centre of this new model must lie people, who are the real owners of this natural capital: the people who live in villages and forests.

Even as there is an economic slowdown nationally, Chhattisgarh’s economy is doing well. Its development indicators are sound. The markets in the state are robust. This is due to a set of conscious policies. After the formation of our government a year ago, we decided to adopt Mahatma Gandhi’s model of gram swaraj. We decided to focus on the importance of human capital in social development, and also emphasise the role of nature and the environment in growth.

For the last 19 years, the major emphasis of development was in urban cities. We shifted the focus to rural areas. We realised that if there is no economic development in villages, there is no possibility of powering the markets. There would be no demand. This then becomes a vicious cycle, affecting both rural and urban areas, suppliers and consumers, farmers and industry.

We focused on both immediate and long-term measures. The immediate measure was to shore up the faltering economy, and the long-term one was ensuring its sustenance. We waived farmers’ loans soon after coming to power, and increased the minimum support price for paddy to ~2,500 rupees. We increased the cost of tendu leaves from ~2,500 to ~4,000 per standard bag. This was of tremendous help to remote tribal villages in Bastar in the southern part of the state, and Surguja in north.

For the long-term, our focus was on taking steps to make the village completely self-sufficient and self-reliant. Chhattisgarh’s village economy is based on rivers, streams, livestock, fertile land and fences. In the Chhattisgarhi dialect, this is referred to as Narva-Garwa-Ghurva-Bari.

Under this scheme, we have made arrangements to divert water from rivers and streams to provide irrigation to our fields. All village panchayats in the state are taking necessary steps to save and raise livestock by constructing gothans. Organic manure from these gothans is used to make the land more fertile. In addition, we are making sure that nutritional plants are used in fencing.

The concept of Narva-Garwa-Ghurva-Bari scheme is worth emulating in other parts of the country. The construction of gothans is providing large-scale employment opportunities as the management of each unit provides employment to at least 10 young persons.

Women who have formed support groups are manufacturing products using cow dung and packaging organic manure. But, this in itself was not considered enough. We thought that real empowerment will come with these products being marketed with the state’s assistance.

Our focus was to create certain opportunities that encourage more production. This is why we changed the state’s industrial policy. We felt that the best way forward was to give top priority to agriculture and forest-based industries. It is this holistic approach, with people placed at the center, that can give India a new development model.