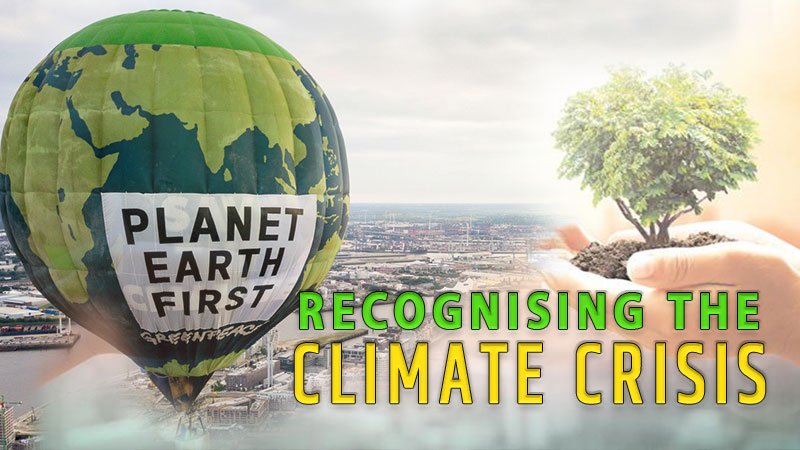 Climate Crisis : The world, and India, face an existential threat. Wake up to it

Words matter. The impending catastrophe of our times—a drastic modification of the world’s climate, and steeply rising global temperatures — seems minor when you call it a “climate change”. The term does not correctly reflect the enormity of the existential threat. This is why, from today, Hindustan Times will call this emergency what it is – a “climate crisis”.

Due to carbon emissions, global temperatures have warmed by 1 degree Celsius above pre-industrial levels. It may not seem like a lot. But a world that is just a degree warmer has resulted in wildfires in California and Sydney, and annual wildfires in the Arctic. The five warmest years on record were the last five years, and with the 20 warmest occurring in the past 22 years, there is enough evidence to prove that the globe is not just warming, it is heating. All of this is already translating into huge costs in terms of lives and livelihoods. The Arctic is warming at 2-3 times than the global average, and summer months with no Arctic sea ice are a very real possibility. The global ocean has absorbed 90% of the world’s excess heat since 1970. A warmer ocean means more extreme weather events, from a rise in the number of cyclones to devastated fish populations due to increased acidification of oceans, from the death of coral reefs to collapsing ecosystems.

The situation at home is as dire. India will see some of the worst outcomes of a warming world. Our coasts are threatened by rising sea levels and extreme weather events, while the loss of Himalayan glaciers will affect 580 million people in the Ganga river basin alone. About 177 million people live in India’s low-lying coastal districts, where sea levels are slated to rise by over 1m by 2100. A recent paper in October stated how mega cities like Mumbai will be submerged in 30 years. And within India, it will be the most marginalised of the communities who will pay the highest price. In 2018-19, as many as 2,400 Indians lost their lives to extreme weather events such as floods and cyclones. These events are increasing in both frequency and intensity. The crisis now calls for a sustained, multi-pronged approach, where the government, the private sector, universities, and local communities and individuals do their bit to reverse the tide. It is time to accept that this is not a mere change; it is not a problem. It is a crisis.