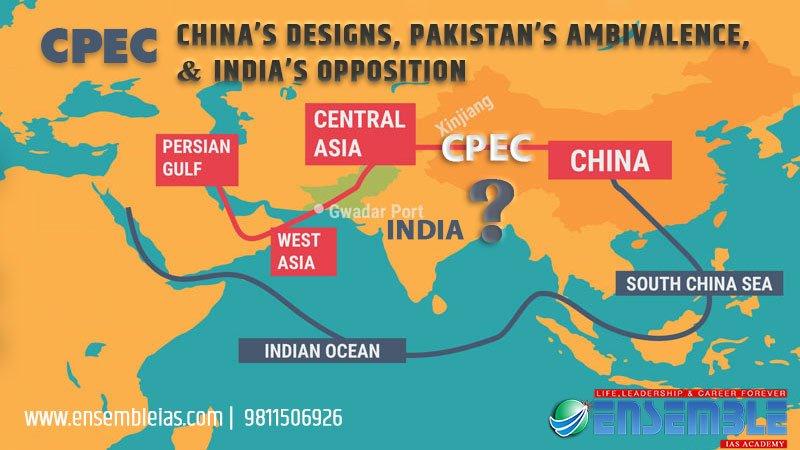 Economic motivation apart, China seeks to use the CPEC to consolidate its presence in a disputed region. If internal instability overwhelms Pakistan in the future, the CPEC affords China an opportunity to claim Hunza on the basis of specious historical records.

The CPEC cuts through Pakistan-Occupied Kashmir (POK) and the trans-Karakoram tract of Shaksgam, which was illegally ceded by Pakistan to China on March 2, 1963 under a provisional boundary settlement. The entire region of Gilgit-Baltistan (GB) through which the highway passes is located close to the Siachen Glacier as well as to Ladakh, the current flashpoint between India and China. Following the effective nullification of Article 370 of the Indian Constitution on August 5, 2019, India has reiterated its long-standing claim to GB in POK.

Economic motivation apart, China seeks to use the CPEC to consolidate its presence in a disputed region. If internal instability overwhelms Pakistan in the future, the CPEC affords China an opportunity to claim Hunza on the basis of specious historical records.

For China, the CPEC is a beachhead in South Asia, to facilitate a broader thrust in the Persian Gulf. It also provides a maritime connect to Djibouti and the littoral states.

The CPEC is viewed with ambivalence in Pakistan. It is regarded as a panacea for Pakistan’s ailing economy. The road and rail networks, especially the energy transportation systems, have the potential to stretch across to Afghanistan, Tajikistan, Kyrgyzstan, Kazakhstan, Russia and even to Mongolia. The project is also expected to give a shot in the arm to Pakistan’s debilitated power sector, with China committed to spending US $35 billion to build up to 19 new power plants.

But contrary to expectations that development in the wake of the CPEC project will bring peace to the insurgency-wracked province of Balochistan, the Chinese presence appears to have infused the Baloch nationalist movement with new energy. Chinese workers, seen as collaborators in the exploitation of the region’s natural resources, have become a major target for insurgents. Even in the army’s heartland of Punjab, media reports indicate clashes between Chinese workers and local police personnel.

The Pakistani military is determined to protect Chinese lives and investments, especially in the wake of serious incidents such as the attack on the Zaver Pearl Continental Hotel in Gwadar. A Special Security Division (SSD) comprising 9,000 Pakistan soldiers and 6,000 paramilitary personnel has been set up as a dedicated force.

The colossal CPEC project has extracted a high cost across Pakistan. In the case of the Sahiwal Coal power plant project in Pakistan’s Punjab province, many people were forced to part with agricultural land. The police slapped terrorism charges against those who resisted. Some Sahiwal residents have reported health issues, attributed to water contamination caused by the coal-fired power plant. The prevalence of asthma, pneumonitis and chronic obstructive pulmonary disease (COPD) is on the rise in the area.

China realises that India’s support for the Belt and Road Initiative (BRI), of which the CPEC is the lynchpin, is crucial to its regional success. India’s non-participation in the BRI is predicated on the unacceptability of the CPEC traversing parts of Jammu and Kashmir illegally occupied by Pakistan and China. It is, as stated by India’s External Affairs Minister S Jaishankar, a project initiated without consulting India. Besides, BRI, as a whole, lacks transparency and is geared to advancing China’s interests through “debt trap” financing. It should come as no surprise that India has maintained its consistent position in not endorsing the BRI.