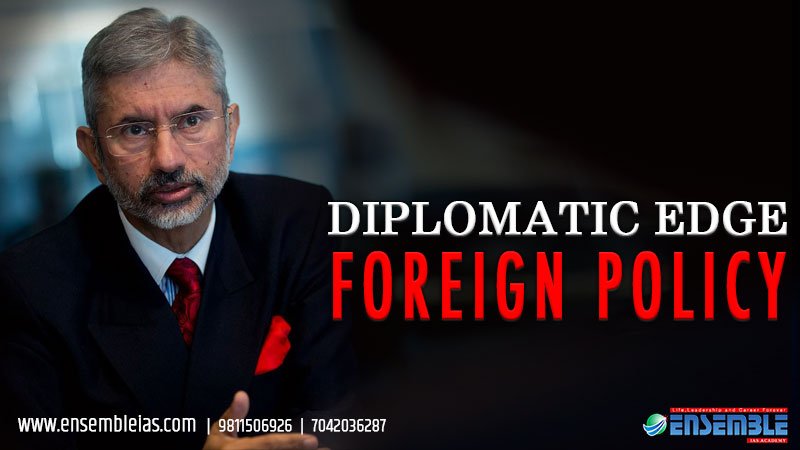 Diplomatic edge In a welcome move, foreign minister S Jaishankar is undertaking a big restructuring exercise to make his ministry more nimble and responsive to strategic issues. The ministry is creating a series of verticals like economic and trade diplomacy, development partnership, and emerging areas like technology. Each of these verticals will be headed by the equivalent of a political director at the additional secretary level. The aim is to separate routine foreign policy work from strategic projects.

There’s no denying that India’s foreign policy environment has become more complex, as China’s meteoric rise has significantly altered global dynamics. And given that China shares an all-weather relationship with Pakistan, Indian foreign policy needs to be shaken out of its old non-aligned lethargy. In this regard, economic and trade diplomacy is key as growing protectionism means India has to work extra hard to do beneficial trade deals and free trade agreements. In fact, the economic and trade diplomacy vertical will be critical to boosting India’s strategic heft in the years ahead.

However, all of this will come to naught if the domestic policy environment isn’t aligned with foreign policy objectives. India can no longer describe itself as the world’s fastest growing major economy. It will be exceedingly difficult to make up for the loss of diplomatic heft consequent to India’s current economic slump with any conceivable dexterity on the part of Indian diplomats. Alongside the loss of hard power is the slide in soft power, with the line between dissent and treason being blurred at home and India acquiring an increasing reputation abroad of authoritarianism and majoritarianism. For example, if India is to work closely with the US and the West to counter the China-Pakistan axis, it doesn’t help to undermine secular, democratic values. The impending EU vote on CAA exemplifies this point. Domestic and foreign policy can’t work in separate silos.