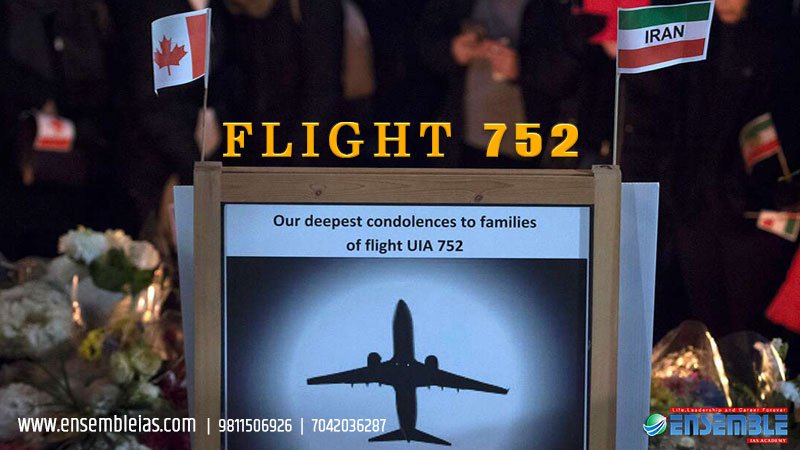 After three days of denial, it was a stunning about-face. On Jan. 11, Iran’s Armed Forces General Staff admitted that one of its surface-to-air missile systems had shot down Ukrainian Airlines Flight 752 due to human error. The full acknowledgment turned heads, yet there was a reason for Iran’s reversal: The country has no desire to turn itself into an international pariah, but would rather find a way to engage with the rest of the globe, limit the impact of U.S. sanctions and negotiate with the West. The frank admission goes to show that such strategic goals influence many of Iran’s choices — including its volte-face on the aviation disaster.

The Limits of Denial

It is not common for countries to quickly offer a mea culpa after accidentally downing civilian aircraft. The most recent comparable incident was the case of Malaysia Airlines Flight 17 in 2014. A Dutch-led investigative team concluded that pro-Russian rebels in eastern Ukraine used a Russian surface-to-air missile to down the plane during its Amsterdam-Kuala Lumpur flight; more than half a decade on, Russia continues to deny any involvement. The reasons to admit responsibility can vary, but for Tehran, domestic concerns and worries about potential legal quarrels down the road ultimately tipped the balance.

In the immediate aftermath of Flight 752, Iran attempted to cover its tracks and issued denials, hoping that it could hold the line internationally. First, Tehran announced that the plane had crashed due to a technical fault and that sky-high tensions with the United States would preclude it from handing over the black box to Boeing, which had manufactured the 737-800 airliner. To buttress their claims, Iranian authorities pushed state and semi-state media into action to back the government narrative. Even as late as Jan. 10 — just hours before Iran finally admitted responsibility — the head of the Iranian Civil Aviation Organization, Ali Abedzadeh, maintained that there was no evidence that the plane had been shot down, echoing his line from earlier in the week, when he said, “Scientifically, it is impossible that a missile hit the Ukrainian plane, and such rumors are illogical.”

The international reaction to Iran’s declarations was ones of skepticism. As the days wore on, Washington, Ottawa and others publicly called out Tehran, noting that they had intelligence suggesting that a technical issue did not down the plane. In previous incidents in which the Iranian and global narrative differed, Iran has managed to use plausible deniability to its advantage: Most notably, it still denies any responsibility for last year’s attacks on oil tankers off the coast of the United Arab Emirates and two Saudi oil-processing facilities. The downing of Flight 752, however, was very different, as it occurred over Iranian soil.

This left Iran little choice but to admit that it accidentally shot down the aircraft. Not doing so would have had several repercussions. First, continued denials would have weakened the international community’s already-fragile trust in Iranian statements and promises. Canada, Ukraine, and the United Kingdom and a number of other European countries would have come under increased pressure from their own populace to force Iran to admit responsibility and provide financial compensation for the families of the victims.

Iran’s leaders may want to control the flow of information and citizens, but they can scarcely ignore the fact that many Iranians are accustomed to traveling abroad and that the country’s economy is deeply dependent on foreign trade and energy exports.

Second, diplomatic tensions between Iran and the West would have deepened even further. Canada, which lost 57 citizens in the crash (a further 81 passengers on the doomed flight were bound for the country), would almost certainly have pushed the United States and European powers to tie future negotiations with Iran to compensation for the families of the Canadian victims. While Flight 752 may not become as important as Iran’s nuclear program or its ballistic missile program for Europe, it certainly would have cast a shadow over talks and limited Iran’s ability to push for financial support through mechanisms like the EU-Iran financial link,

Accordingly, Iran is likely to offer some compensation for the victims of the incident. In fact, Tehran might even try to use the issue to pry open certain bank accounts and financial connections that remain closed due to sanctions. For example, it could offer compensation with funds currently frozen as a result of U.S. measures or demand modifications to INSTEX so that it can pay through that channel. Still, the matter is likely to remain contentious and complicated given the number of passengers who held both Iranian and other passports. Iran does not acknowledge dual citizenship, meaning foreign governments could demand compensation for passengers it recognizes as its own nationals but Tehran does not.

The intense international pressure once again reflects a simple reality for Iran:

It is a country that maintains deep connections to the international world. Iran’s leaders may want to control the flow of information and citizens (they certainly calculated — correctly — that the security apparatus could contain the inevitable street protests over the government’s admission of culpability), but they can scarcely ignore the fact that many Iranians are accustomed to traveling abroad and that the country’s economy is deeply dependent on foreign trade and energy exports. Because of Iran’s strategic imperative to improve its economy, blunt the impact of sanctions and eventually negotiate with the United States, the Islamic republic had little choice but to come clean over an incident that killed so many foreigners — and fellow Iranians.