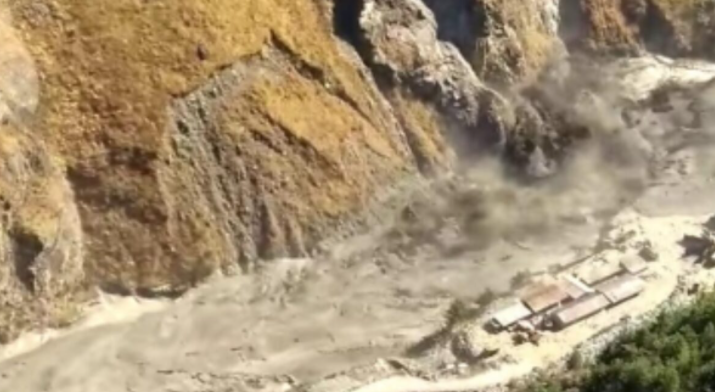 On Sunday Uttarakhand’s Chamoli district saw massive flooding sweep away the entirety of the Rishiganga hydropower project, alongside a significant chunk of the Tapovan project. More tragically, at least 150 people were reported missing. Amidst search and rescue operations, confusion persisted about exactly what had caused the staggering surge of water. Above all, the many uncertainties spoke to how heavy duty infrastructural push in this ecologically sensitive region is taking place without rigorous enough local research. The danger here is that instead of mitigating the climate challenge, ill-conceived projects could end up multiplying the risks – and for all of India that lives downstream of the Himalayan rivers.

In a savage irony, the Chamoli village Raini that was in the Centre of Sunday’s maelstrom was also the cradle of the Chipko movement in the 1970s. Although environmentally respectful development has come into its own in the world since then, that is more true in theory than practice. In Uttarakhand, the Kedarnath tragedy of 2013 was supposed to be a wakeup call. While it was an extreme weather event that caused the Chorabari glacier to burst at that time, damage was compounded by unchecked construction on the riverbed.

Following the recommendations of the Chopra committee, the Union environment ministry did accept the need for caution and careful study when it came to “deforestation/ tunneling/  blasting/ reservoir formation” in zones in the higher Himalayan region that are naturally unstable. But to repeat, theory and practice can diverge sharply. The Rishiganga project, for example, has seen allegations of “using explosives and blasting the mountains” flouting all norms. Much controversy has also surrounded the Char Dham project which involves unprecedented widening of roads in the mountain state. A Supreme Court constituted high-powered committee has warned of “irreversible damage”.

The fact is that simultaneous pursuit of environmental and economic goods in a democracy does involve complex calculations. In this, the importance of expert knowledge cannot be overstated. Policy decisions shaping such projects must be swayed by scientists, not contractors and builders. This challenge is hardly limited to Uttarakhand. Several calamities in the south are correlated to disdain for the Gadgil committee’s counsel on Western Ghats. Our cities need to be saved from drowning, our rivers from drying, everything is interconnected. This is why India must do a much better balancing act.