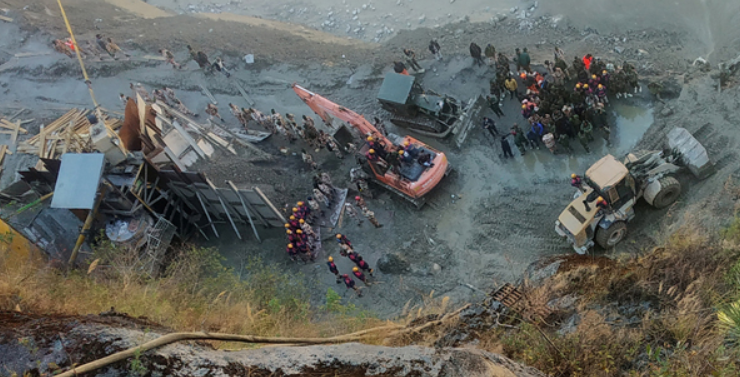 Scientists are investigating the cause of the flash floods near Chamoli in Uttarakhand on Sunday that have killed 25 people and left nearly 200 missing. What is clear is that steady warming of the planet has played a role. Rising temperatures have led to the retreat of glaciers and formation of proglacial lakes, bodies of water from the ice that has melted hemmed in by boulders and sediments, which, when breached, can result in flash floods like the one in Uttarakhand.

The flash flood is a reminder that the world in which India seeks rapid growth is constrained by climate change. Direct linkage between the flash floods and construction of ongoing power or road projects is being touted, but remains to be established, though decades of activity has contributed to destabilizing the fragile Himalayan ecosystem.

This requires more robust consideration, remedial and mitigation efforts. Given the country’s population density and density of human habitats, developmental deficits and the need to grow the economy to improve the living standards of all its people, India needs to adopt an approach to development that puts an economic value on nature.

This would mean treating nature as an asset much like produced capital such as roads, ports and other infrastructure that is a part of the country’s wealth. Destruction of nature would, in this light, be treated as loss of wealth. Considering ways to minimize the loss of an asset would be part of the mainstream planning process. India must grow its economy but its growth story must put sustainability, resource efficiency and reduced waste at its core. This is essential, and not just because potential investors from across the world have environmental, social and governance (ESG) concerns on their minds.