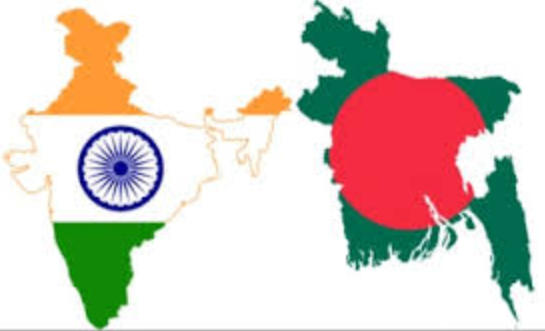 The friendship between India and Bangladesh is historic, evolving over the last 50 years. India’s political, diplomatic, military and humanitarian support during Bangladesh’s Liberation War played an important role towards Bangladesh’s independence. Nearly 3,900 Indian soldiers gave up their lives and an estimated 10 million Bangladeshi refugees took shelter in India.

Now it is about cooperation

Post-Independence, the India-Bangladesh relationship has oscillated as Bangladesh passed through different regimes. The relationship remained cordial until the assassination of Bangladesh’s founding President Sheikh Mujibur Rahman in August 15, 1975, followed by a period of military rule and the rise of General Ziaur Rahman who became President and also assassinated in 1981. It thawed again between 1982-1991 when a military-led government by General H.M. Ershad ruled the country. Since Bangladesh’s return to parliamentary democracy in 1991, relations have gone through highs and lows. However, in the last decade, India-Bangladesh relations have warmed up, entering a new era of cooperation, and moving beyond historical and cultural ties to become more assimilated in the areas of trade, connectivity, energy, and defence.

Read More: In Kabul, be ready for political uncertainty

Bangladesh and India have achieved the rare feat of solving their border issues peacefully by ratifying the historic Land Boundary Agreement in 2015, where enclaves were swapped allowing inhabitants to choose their country of residence and become citizens of either India or Bangladesh. The Bangladesh government led by Prime Minister Sheikh Hasina has uprooted anti-India insurgency elements from its borders, making the India-Bangladesh border one of the region’s most peaceful, and allowing India to make a massive redeployment of resources to its more contentious borders elsewhere.

Bangladesh today is India’s biggest trading partner in South Asia with exports to Bangladesh in FY 2018-19 at $9.21 billion and imports at $1.04 billion. India has offered duty free access to multiple Bangladeshi products. Trade could be more balanced if non-tariff barriers from the Indian side could be removed. On the development front, cooperation has deepened, with India extending three lines of credit to Bangladesh in recent years amounting to $8 billion for the construction of roads, railways, bridges, and ports. However, in eight years until 2019, only 51% of the first $800 million line of credit has been utilized whilst barely any amount from the next two lines of credit worth $6.5 billion has been mobilized. This has been mostly due to red-tapism from India’s end, and slow project implementation on Bangladesh’s end.

Bangladeshis make up a large portion of tourists in India, outnumbering all tourists arriving from western Europe in 2017, with one in every five tourists being a Bangladeshi. Bangladesh accounts for more than 35% of India’s international medical patients and contributes more than 50% of India’s revenue from medical tourism.

Connectivity between the two countries has greatly improved. A direct bus service between Kolkata and Agartala runs a route distance of 500 km, as compared to the 1,650 km if it ran through the Chicken’s Neck to remain within India. There are three passenger and freight railway services running between the two countries, with two more routes on their way to be restored. Recently, a 1.9 kilometer long bridge, the Maitri Satu, was inaugurated by Prime Minister Narendra Modi, connecting Sab room in India with Ramgarh in Bangladesh.

Bangladesh allows the shipment of goods from its Monga and Chattogram (Chittagong) seaports carried by road, rail, and water ways to Agartala (Tripura) via Akhura; Dawki (Meghalaya) via Tamabil; Sutarkandi (Assam) via Sheola, and Srimantpur (Tripura) via Bibirbazar. This allows landlocked Assam, Meghalaya and Tripura to access open water routes through the Chattogram and Mongla ports (https://bit.ly/3vXySpB).

Despite the remarkable progress, the unresolved Teesta water sharing issue looms large. Border killings are yet to stop. The year 2020 saw the highest number of border shootings by the Border Security Force. The shots are fired at civilians, usually cattle traders, who are usually unarmed, trying to illegally cross the border. India not only has failed to stop the border killings but at times has even justified them. The statement by India’s External Affairs Minister, S. Jaishankar, during his recent visit to Dhaka, that “our shared objective should be a no crime-no death border…”, raises questions as to why killings, and not due legal proceedings, are being followed in tackling border crimes.

The Modi government’s proposal to implement the National Register of Citizens across the whole of India reflects poorly on India-Bangladesh relations. It is not comprehensible why people of all religions and ethnicities barring Muslims will be excluded from the Bill. It remains to be seen how India addresses the deportation of illegal Muslim immigrants, some of whom claim to have come from Bangladesh.

Sri Lanka, Nepal and the Maldives, once considered traditional Indian allies, are increasingly tilting towards China due to the Asian giant’s massive trade, infrastructural and defence investments in these countries. In spite of its ‘Neighbourhood First Policy’, India has been losing its influence in the region to China. Bhutan also does not abide by Indian influence as evinced by its withdrawal from the BBIN (Bhutan-Bangladesh-India-Nepal) motor vehicles agreement. China, in lieu of its cheque-book diplomacy, is well-entrenched in South Asia, including Bangladesh, with which it enjoys significant economic and defence relations.

India-Bangladesh relations have been gaining positive momentum over the last decade. As Bangladesh celebrates its 50 years of independence (March 26, 1971), India continues to be one of its most important neighbors and strategic partners. As the larger country, the onus is on India to be generous enough to let the water flow and ensure that people are not killed on the border for cattle even if it is illegal when there are appropriate means for justice. These small but important steps can remove long-standing snags in a relationship which otherwise is gradually coming of age in 50 years. To make the recent gains irreversible, both countries need to continue working on the three Cs — cooperation, collaboration, and consolidation.