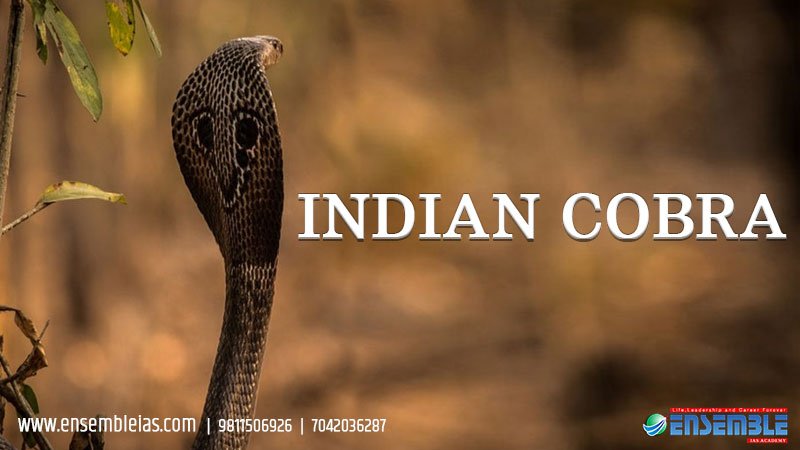 The story so far: A consortium of scientists, which includes several of them from India, has mapped the genome of the Indian cobra considered to be among the most poisonous. Few snakes have had their genomes sequenced in detail and less so for a species of India. The Indian cobra genome sequencing is reportedly the most detailed blueprint of a snake’s genes.

What does sequencing a cobra genome mean?

The Indian cobra, common cobra, spectacled cobra are names for the same species, Naja naja, and is part of the so called ‘Big 4’: the Indian cobra, the common krait (Bungarus caeruleus), Russell’s viper, and the saw-scaled viper. The quartet has long been considered responsible for most snake bites on the Indian subcontinent. The king cobra (Ophiophagus hannah), another poisonous snake, had its genome sequenced in 2013 by a research team in the U.K. (along with an international team). The foray into the Indian cobra genome involved making a map of its 38 chromosomes. Chromosomes are where DNA is tightly packed and the reptile’s gene map — unveiled in the latest issue of the scientific journal, Nature Genetics — revealed over 12,000 genes. The human genome, in comparison, has 23 chromosomes and the estimated number of protein coding genes in the 20,000-25,000 range.

Why is this useful?

Knowing the sequence of genes could aid in understanding the chemical constituents of the venom and contribute to development of new antivenom therapies, which have remained practically unchanged for over a century.

According to the World Health Organisation, though the exact number of snake bites is unknown, an estimated 5.4 million people are bitten each year with up to 2.7 million envenomings. Around 81,000 to 1,38000 people die each year because of snake bites, and around three times as many amputations and other permanent disabilities are caused by snake bites annually. Somasekar Seshagiri of the Scigenom Research Foundation, Bengaluru (and the Molecular Biology Department, Genentech, Inc., South San Francisco, CA, U.S.), who is one of the authors of the study, used the genome and gene expression data from 14 different cobra tissues. Among the genes mapped are 139 toxin genes, or those that produce biological products specific to toxins. Nineteen of them are venom-specific, and expressed only in the venom gland. These are the constituents of venom that cause paralysis, internal bleeding and death associated with snakebite. Knowing these genes, the scientists argue in their paper, can help scientists design new antivenom using recombinant protein technologies. If genomes of more snakes are sequenced, there is a bigger possibility of genes commonly associated with venom production (across snake species) are identified and more broad-spectrum antivenoms are made.

Sequencing a genome is an important step to making antivenom but will not on its own solve the problem of making and supplying enough of the product to address the huge volume and variety of snakebites in India. A study in December by Kartik Sunagar, Assistant Professor at the Centre for Ecological Sciences, Indian Institute of Science, Bengaluru, said that though bites from 60 of 270 species of Indian snakes are known to kill or maim, the antivenom now available is effective only against the ‘Big 4’. The study is titled “Beyond the ‘big four’: Venom profiling of the medically important yet neglected Indian snakes reveals disturbing antivenom deficiencies”, published in the journal, PLOS Neglected Tropical Disease.

For instance, the monocled cobra (Naja kaouthia), found in east and north-east India, is not among the ‘Big 4’, but its venom, tested in mice, is more potent than that of the Indian cobra. But the commercial antivenom is not effective against the monocled cobra. Sunagar’s research also shows that the antivenom is effective against the common krait in south India but is not against the same species in Punjab. His study also notes that while various medically important species of cobras (N. sagittifera, N. oxiana, N. kaouthia), kraits (B. andamanensis, B. fasciatus, B. niger, B. sindanus), vipers (Hypnale hypnale, Ovophis monticola, E.c. sochureki, Macrovipera lebetina), coral snakes (Calliophis nigrescens, Sinomicrurus macclellandi), sea snakes (Pelamis platurus, Enhydrina schistosa, Hydrophis cyanocinctus) and sea kraits (Laticauda colubrina), etc., are capable of delivering clinically significant and, even, fatal bites, specific antivenoms do not exist. This is because snake venom is surprisingly varied and comes in a staggering variety that has not been completely understood by scientists.

How is antivenom made?

Antivenom is made by extracting venom from the snake and injecting small amounts into rabbits or horses. In the case of the polyvalent antivenom available in India, it is made by injecting it into horses. The antibodies that form are then collected from the domestic animal’s blood, purified and isolated. The first antivenom for snakes was actually made for the Indian cobra by Léon Charles Albert Calmette, a French scientist of the Pasteur Institute, in 1894. The process is considered laborious, expensive and time consuming. Using recombinant technology, the genetic sequence for each toxin can be pasted into a yeast or E. coli bacterium, and have them multiply. Then they can be compared to libraries of human antibodies to check which ones stick best and make stable antivenom.