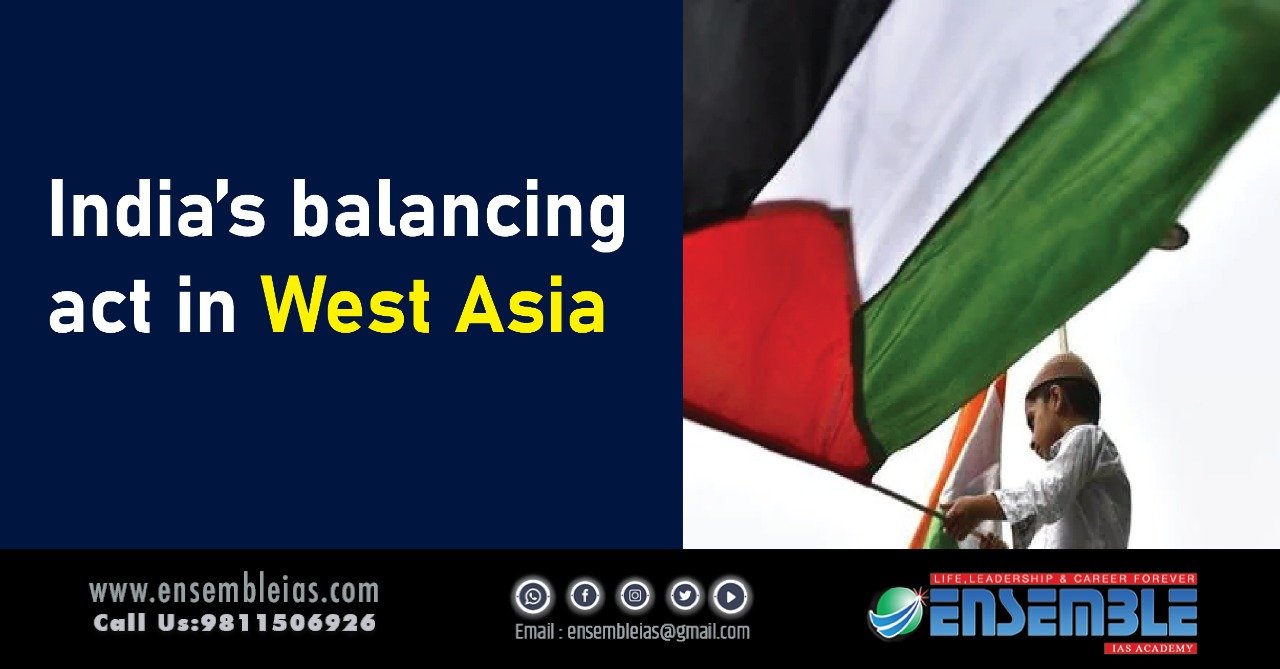 India’s balancing act in West Asia:  The recent Israel-Hamas conflict puts the spotlight on one of the dilemmas of India’s West Asia policy — the need to balance the country’s traditional and long-standing support for the Palestinian cause with the growing embrace of Israel as a strategic partner and supplier of hi-tech military hardware. India condemned the rocket fusillades of the Hamas, which resulted in the death of an Indian national, and described Israel’s military actions as retaliatory, even as it noted that both had caused immense suffering and led to deaths, including those of women and children. India’s abstention when the United Nations Human Rights Council (UNHRC) voted on May 27 to set up an inquiry into rights violations during the Israel-Hamas conflict has to be seen in the context of this balancing act.

New Delhi’s decision to abstain was possibly influenced by the fact that the resolution to institute an inquiry was introduced at UNHRC by Pakistan on behalf of the Organisation of Islamic Cooperation (OIC). But this cannot take away from the fact that there has been considerable global criticism of Israel’s military actions in the Gaza Strip, especially the targeting of civilian structures and even a building housing media organisations. Recent statements by India at the UN and its agencies have dropped references to the country’s traditional support to the “just Palestinian cause” and Palestinian foreign minister Riad Malki has expressed concern at India’s abstention at the UNHRC vote.

The historic shifts in West Asia triggered by the Abraham Accords must be a factor in New Delhi’s evolving stance on the region. But while preserving its strategic relationship with Israel, India would do well to reiterate its long-standing values, and nudge the Israelis and Palestinians towards a meaningful dialogue. Take the best from the old principles, weave in the new reality, and carve out a balance.