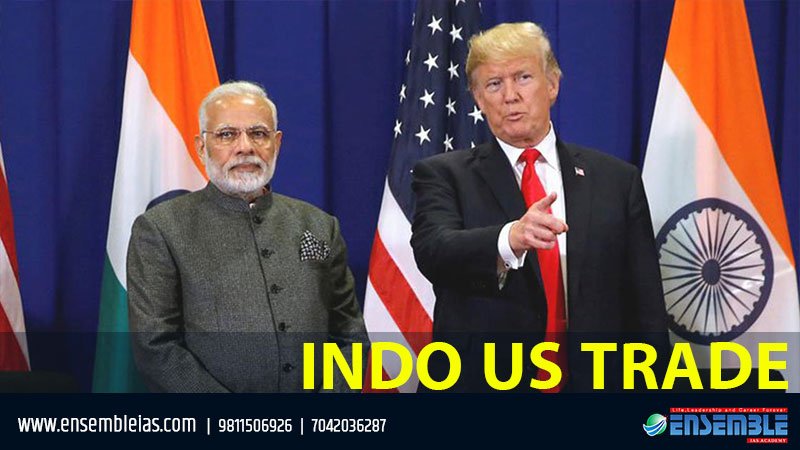 INDO US TRADE :  U.S. Trade Representative Robert Lighthizer and Indian Commerce Minister Piyush Goyal met on the sidelines of the U.N. General Assembly, raising expectations that the two sides were poised to reveal a new trade deal following months of talks. But according to information leaked from the meeting, the negotiators failed to agree on Indian concessions on information and communication technology, dairy, pharmaceuticals, agriculture, e-commerce, and data localization — in short, every bone of contention that have stymied an agreement for months. Still, U.S. President Donald Trump told visiting Indian Prime Minister Narendra Modi the same day that they would be able to announce a trade deal soon.

In the absence of a deal, both countries will retain high tariffs against each other. In June, Trump revoked India’s tariff benefits under the Generalised System of Preferences after receiving complaints from the U.S. medical devices and dairy sectors about difficulties in accessing the Indian market. That move prompted India to institute tariffs in June against 28 U.S. goods, hurting apple exporters from Washington state and almond exporters from California, among others.

The two sides will continue to plug away on talks as Trump searches for some sort of trade victory to tout on the campaign trail ahead of next year’s presidential election.

New Delhi wants to clinch a trade deal to allay its fears of fomenting a bigger trade dispute that could draw an investigation under Section 301 of the Trade Act of 1974, bring even higher tariffs on Indian products that, potentially, would involve a wider range of goods. However, India is unlikely to agree to any deal if it involves every trade issue that has split the countries for months. As a result, the two sides will continue to plug away in talks as Trump searches for some sort of trade victory to tout on the campaign trail ahead of next year’s presidential election.

INDO US TRADE Bilateral trade, which totaled $142.1 billion last year, remains the major friction point in the U.S.-India relationship. India exported $83.2 billion worth of goods and services to the United States and imported $58.9 billion, resulting in a $24.3 billion surplus. Trump, pointing to the imbalance, has singled Modi out in the past as the “tariff king,” demanding that New Delhi reduce its trade surplus with Washington and lower tariff barriers for American commerce in India. Modi, meanwhile, wishes to prevent the dispute from escalating further, meaning he won’t go much beyond implementing tit-for-tat trade retaliation. Together, it means the holding pattern in the U.S.-Indian trade dispute is set to continue.