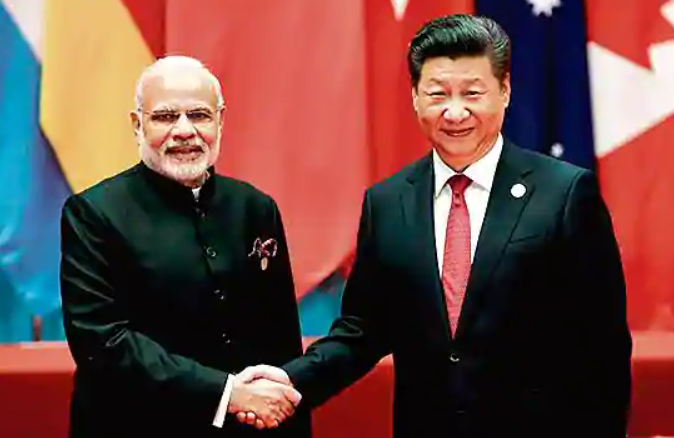 Jaishankar said three so-called “mutual” – mutual respect, mutual sensitivity and mutual interests – are determining factors for the bilateral relationship and cannot be brushed aside as the two countries try to resolve the nine-month long standoff on the LAC.

During his virtual keynote address at the All India Conference of China Studies, Jaishankar reiterated concerns he has raised in recent months – the sudden massing of Chinese troops on the LAC last year and Beijing’s failure to provide a credible explanation for the change in its stance – and presented a possible roadmap for tackling the stalemate in efforts aimed at disengagement and de-escalation.

“Respecting the three mutual and observing those eight principles…will surely help us make the right decisions,” he said.

“Any expectation that [the three mutual] can be brushed aside and that life can carry on undisturbed despite the situation at the border, that is simply not realistic,” he added.

Despite differences on the border, those areas remained peaceful and the last loss of life before the clash at Galwan Valley in 2020 was in 1975, he pointed out.

“That is why the events in eastern Ladakh last year have so profoundly disturbed the relationship because they not only signaled a disregard for commitments about minimizing troop levels but also showed a willingness to breach peace and tranquility,” he said.

Jaishankar summed up the eight principles to handle ties with China as:

• Existing agreements must be adhered to in entirety.

• The LAC must be strictly observed and respected, and any attempt to unilaterally change the status quo is completely unacceptable.

• Peace and tranquility in border areas is the basis for development of relations in other domains. If they are disturbed, so will the rest of the relationship.

• While both nations are committed to a multi-polar world, there should be recognition that a multi-polar Asia is one of its essential constituents.

• Each state will have its own interests, concerns and priorities, but sensitivity to them cannot be one-sided as relationships between major states are reciprocal in nature.

• As rising powers, each will have their own set of aspirations and their pursuit too cannot be ignored.

• There will always be divergences and differences but their management is essential to bilateral ties.

• Civilizational states like India and China must always take the long view.

Jaishankar said he didn’t have a definitive answer to the question of where bilateral ties were headed as the “events of 2020 have actually put our relationship under exceptional stress”.

Tens of thousands of Indian and Chinese troops have dug in for the harsh winter along the LAC in Ladakh sector after several rounds of diplomatic and military talks failed to lead to a breakthrough in disengagement. A clash between Indian and Chinese troops at Naku La in Sikkim sector on January 20, which resulted in injuries on both sides, has added to concerns about possible expansion of the dragging standoff.

Jaishankar spoke of “painstaking and arduous” efforts to rebuild ties after the 1962 border war, saying the two sides had exchanged ambassadors only in 1976, and the first prime ministerial visit to China since 1954 had happened in 1988. “The quality of our ties in many ways was impacted both by the border conflict and the lost decades thereafter,” he said.Over the past three decades, China became one of India’s largest trading partners and a “complex but practical” set of agreements focused on the management of border areas while both sides conducted negotiations on the boundary dispute, he said.

“The advancement of ties in this period was clearly predicated on ensuring that peace and tranquillity was not disturbed and that the LAC was both observed and respected by both sides,” he added.Jaishankar said the agreements explicitly stated the two countries would refrain from massing troops on the border.“But at the same time, there was also increasing construction of border infrastructure, especially on the Chinese side. Since 2014, there may have been more efforts by India to reduce this very considerable gap, including greater budget commitments and a better road-building record,” he said. “Nevertheless, the infrastructure differential remains significant and as we saw last year, consequential.”

Sameer Patil, fellow for international security studies at Gateway House, said a lot will now depend on China’s response to the proposals made by Jaishankar and how they are received in Beijing.“There is a lot of talk globally on decoupling from the Chinese economy, diversifying supply chains and how the Belt and Road Initiative leads to debt diplomacy but the world is finding it difficult to change China’s behaviour. A lot will depend on critical mobilisation by India’s partners to change China’s behaviour,” he said.